Review: The Coen brothers’ latest film is perfectly pitched between nostalgic longing for a much-lauded era and gentle, sly cynicism 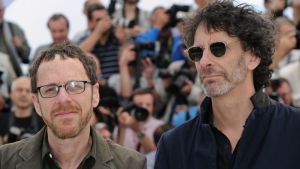 The latest project from the Coen Brothers sounded so promising one sensed the audience at Cannes watching terrified through its collective splayed fingers.

Based on the memoirs of Dave Van Ronk, a kind of John the Baptist to Bob Dylan’s Jesus, the film hangs around Greenwich Village in the months (days, in fact) before the folk scene properly took off. It features Justin Timberlake as one member of a faux-Peter, Paul and Mary. It’s got one of film’s best ever cats. If something so potentially delicious had not turned out to be a triumph then we may as well have flown home.

The news is good. Inside Llewyn Davis is a corker. The largely unknown Oscar Isaac plays the title character, a cantankerous, self-obsessed folk singer from Queens. Fellow warbler Jean Berkey (Carey Mulligan) offers up a series of hilariously furious commentaries on his numerous defects. He is, she explains, “like King Midas’s idiot brother”; everything he touches turns to ordure.

After the first part of a framing sequence that shows Llewyn being beaten up outside a village dive, we flit back to find him waking up in a friend’s house on the Upper West Side. He mistakenly lets the cat out, then allows the door to close behind him and is forced to carry the poor beast on his search for the next night’s couch. He watches Jean – now uncharacteristically sweet – sing wistful tunes with Timberlake’s rising celebrity and a buttoned-up military man. Eventually, he embarks on a road trip to Chicago.

The film, shot in soft focus by Bruno Delbonnel, is perfectly pitched between nostalgic longing for a much-lauded era – the first few months of 1961 – and gentle, sly cynicism. The Coens quite rightly show confidence in the film’s songs, curated by T Bone Burnett, and allow them to play melodically to their conclusion. There’s a bit of the Kingston Trio here. There is some of Peggy Seeger there. Irish eyes will shine at a brief, respectfully funny pastiche of The Clancy Brothers singing The Auld Triangle .

Though the picture is seasoned with the brothers’ taste for self-conscious humour, it feels like one of their most deeply felt movies to date. Llewyn may be a prime ass, but we still long for him to succeed. Alas, Irish viewers must wait until December to catch the film on general release. That’s just not fair.

Bernardine Evaristo: ‘If there is no humour, my writing doesn’t work’
9