It was a spectacular year for cinema – but once again, many of 2013’s best offerings made little or no impact on the mainstream. Plus ça change . . . 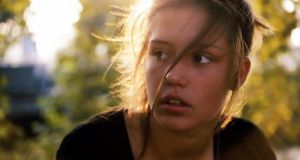 BLUE IS THE WARMEST COLOUR The winner of this year’s Palme d’Or – a lengthy lesbian romance set in Lille – gained notoriety for the duration and explicitness of its sex sequences.But Abdellatif Kechiche’s film is most notable for its determination toimmerse us in every nuance of a tempestuous relationship. Adèle Exarchopoulos and Léa Seydoux give astonishing performances. 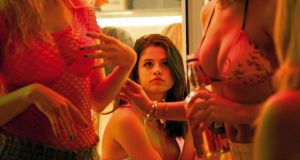 SPRING BREAKERS It’s the sleaziest film of the year and that is how Harmony Korine intended it. James Franco finds new gears as a faux gangsta who leads high-school students astray in this blotched, noisy evisceration of the spring break experience. The presence of Vanessa Hudgens and Selena Gomez, former Disney stars, adds further acidic resonance to the piece. 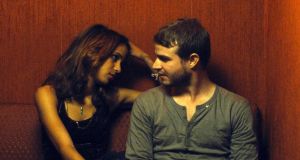 SIMON KILLER One of the year’s most criminally overlooked pictures, Antonio Campos’s drama follows a depressed Brady Corbet as he ambles wretchedly about a grim version of Paris. It is to Corbet’s great credit that he makes something so compelling of such a terminally useless character. There are still things to say about the American abroad. 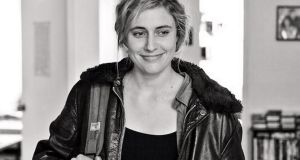 FRANCES HA Noah Baumbach, director of The Squid and the Whale, regains his mojo with this properly funny, gently satirical study of a New Yorker who – though endlessly positive – can’t quite get her life into gear. Greta Gerwig is a revelation as the titular dancer and kook. The scenes in Paris are tragically funny. 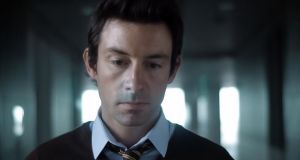 UPSTREAM COLOUR The year’s most brain-bending film came from the unassuming mind of Texan polymath Shane Carruth. It’s to do with the harvesting of hypnotic drugs, the care of pigs and a worm that crawls beneath the skin. But it’s not a work of surrealism. Playing out to the director’s own throbbing score, Upstream Colour makes its own crazy sense. 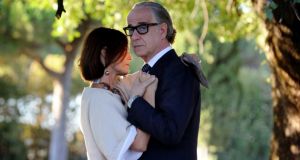 THE GREAT BEAUTY Inexplicably ignored by the Cannes jury, Paolo Sorrentino’s sweeping film pays glorious tribute to Fellini as it follows an ageing journalist around Rome while he tries to make sense of a deliciously wasted life. The year’s most sumptuous images. The year’s best use of pre-existing music. 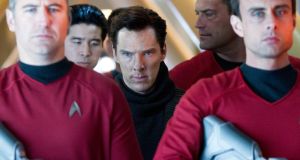 STAR TREK INTO DARKNESS Now this is how you make a sequel. JJ Abrams packed everything into his second attack on the Star Trek legend: the imminent destruction of civilisations; the return of a great villain; sly allusions to the earlier series. But the film’s main virtue is its solid humanity (even when dealing with non-humans). 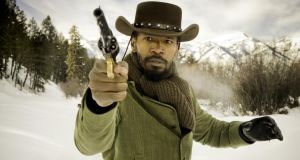 DJANGO UNCHAINED Tarantino is becoming something of a Marmite director: you either eagerly buy into the extravagant postmodern inventions or you yearn for a smidgeon of reality. This sprawling western found him exercising all the familiar muscles with undimmed levels of enthusiasm. Christoph Waltz steals the show as a bounty-hunting dentist. 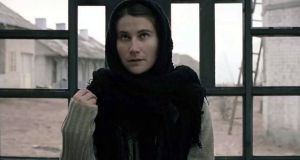 BEYOND THE HILLS We waited five years for Cristian Mungiu to follow up 4 Months, 3 Weeks and 2 Days and the Romanian director did not disappoint. This intense, grim film follows two women as they encounter depression and madness in a remote monastery. A surprisingly balanced treatment of an awful true story. 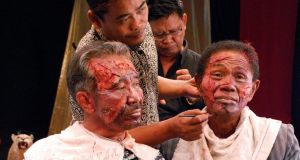 THE ACT OF KILLING The idea sounds ludicrous and potentially dubious: former members of an Indonesian government death squad act out their crimes in the style of popular film genres. Joshua Oppenheimer’s film turns out to be one of the most unsettling investigations of violence in the history of the medium. Already a classic.


When it comes time to assess developments in cinema – over a year, decade or century – hard-working pundits still too often find themselves discussing two distinct cultures. Over here we have films about black-and- white men in wind-battered yurts. Over there we have films about crime-fighting mutants in Kevlar dungarees. We’ll write about the critically acclaimed masterpieces, then we’ll move on to the marquee successes.

In certain circles, 2013 was not solely about Iron Man 3, Monsters University or Man of Steel; it was also about Blue is the Warmest Colour, The Great Beauty and Beyond the Hills. The hostile takeover of so much film media by the Geek Tendency – constantly worrying whether Boba Fett will make it into Star Wars VII – has pushed such discussions ever further away from the mainstream.

There are many reasonable people who believe the best film released this year was, by a substantial distance, Joshua Oppenheimer’s terrifying documentary The Act of Killing. Nothing else took such an original angle on its subject matter. Nothing else left the audience so impressively conflicted. Yet Oppenheimer’s film made almost no impact outside the arthouse coterie. The two cultures are as far away as ever.

The Cannes Film Festival continues to offer those who look beyond the marquee an opportunity for a massed rally. Mind you, in recent years, that event has made a slightly greater impact in the visible world. The winners of the Palme d’Or in 2011 and 2012 – The Tree of Life and Amour – both received Oscar nominations for best picture. Blue is the Warmest Colour, the 2013 winner, is unlikely to repeat that feat, but Abdellatif Kechiche’s emotionally draining drama did manage to kick up a strangely old-fashioned sort of scandal.

Suddenly, we were talking about sex on screen. Was there too much of it? Was this very much a male heterosexual’s take on lesbian sex? There are no easy answers to those questions. But the fact that they were being asked in public places is encouraging for grown-up cinema.

Two years ago, with Nicolas Winding Refn’s Drive, Cannes delivered a film that united the snoots and the populists. His wilfully extreme, dizzyingly heightened Only God Forgives managed to spread equivalent degrees of disunity throughout film-going circles. One thought of Dennis Hopper following up Easy Rider with the puzzling The Last Movie. This is what robust directors should do. The film is mad, pretentious and really rather wonderful. Cannes also found Paulo Sorrentino delivering his masterpiece with the staggeringly bewitching The Great Beauty and – possible entries in next year’s annual summing-up – the Coen brothers’ Inside Llewyn Davis and Jim Jarmusch’s Only Lovers Left Alive.

All of which is by way of confirming that, however we may complain about the dumbing-down of cinema, there is still a wealth of fine material struggling to make itself heard in underexposed corners. Our list of the year’s best cinema acknowledges that information.

Of course, there was much good work being done in big commercial cinema. JJ Abrams’s Star Trek Into Darkness – though voted worst-ever Star Trek film at a Trekker conference – showed how to acknowledge tradition while moving forward. This year’s news that Abrams is to direct the next Star Wars film can only be welcomed.

Though more undisciplined than ever, Quentin Tarantino continued to have fun with postmodernity in the massive Django Unchained. Both Thor: The Dark World and Iron Man 3 built successfully on Marvel’s lively work in The Avengers. The Hunger Games sequence improved in its second outing.

And then we got the phenomenon that was Alfonso Cuarón’s Gravity. There is so much to celebrate in this exciting picture. It looks to be the only original live-action picture – neither a sequel, remake, nor based on an earlier source – to bully its way towards the upper reaches of the box-office charts. It is a popular film that has scared up ecstatic reviews from highbrow organs. Indeed such was the acclaim (and relief) that, before the film had even broken sweat, any criticism was already being interpreted as a backlash. It seems a little like heresy to point out that the script was often cornier than an old man’s foot.