Beast: A psychosexual thriller with a touch of Hitchcock 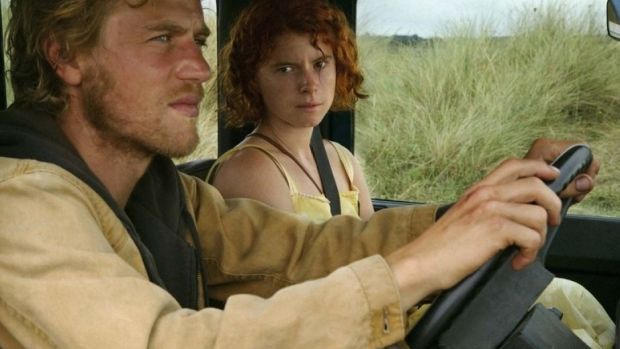 Even at the level of her complexion, the pale, red-haired Moll is out of step with her well-heeled island community.

Early in Michael Pearce’s fantastically promising debut feature, oddball heroine Moll Huntford (Jessie Buckley) tells us (in a dry voiceover that flags kinship with Terrence Malick’s Badlands) that she is obsessed with killer whales because “they always seem to be smiling”.

It’s a fitting preoccupation given the animalistic and duplicitous drama that follows.

Even at the level of her complexion, the pale, red-haired Moll is out of step with her well-heeled island community, not least her tyrannical mother (James) and smug siblings.

Upstaged and marginalised at her own deathly dry birthday party, Moll slinks off to a local nightclub where a boozy evening is rounded off with an encounter with rugged Pascal (Flynn), a huntsman who lives off the land.

Moll’s stultifying life, which includes the care of a dad with Alzheimer’s and a dull job as a tour bus guide, is suddenly enlivened by sex in marram grass and the community’s disapproval.

Her family and local golf club are predictably horrified by her new beau. Cliff (Gravelle), a stiff local cop who carries a torch for Moll, warns her off.

An outsider with a murky past, Pascal is in the frame when the body of a fourth young woman is discovered. Might he be a serial killer? And might that be part of the attraction for Moll, who has her own shady history?

The psychosexual thriller seemed to peak in the 1980s with the glossy, soapy sheet-clutching of Joe Eszterhas’ Jagged Edge, David Cronenberg’s Dead Ringers, and Adrian Lyne’s Fatal Attraction. It’s a sub-genre that has seldom made sense past Basic Instinct, save for certain arch and artsy practitioners as Pedro Almodovar.

Pearce’s film resurrects the form with jolts of Hitchcockian intrigue and class snobbery. The insular Jersey setting amplifies both Moll’s isolation and rebellion and makes for strange colonial undercurrents. (Pascal, as her brother notes, is a “native”.) There are hints of such ley-line English horrors as Penda’s Fen and The Wicker Man.

Cinematographer Benjamin Kracun’s clean lensing is appealingly contrarian. It’s a breakthrough film for the director of photography, for the director, and especially for the two stars, Buckley and Flynn.

The Killarney-born Buckley, who first came to fame on the BBC talent show I’d Do Anything crafts a dark, distorted Little Red Riding Hood from the commendably complicated Moll.

The best British debut since Catch Me Daddy.

Seamus Heaney on writing ‘Postscript’: a ‘sidelong glimpse of something flying past’