Attila Marcel review: bittersweet whimsy gets lost in the translation 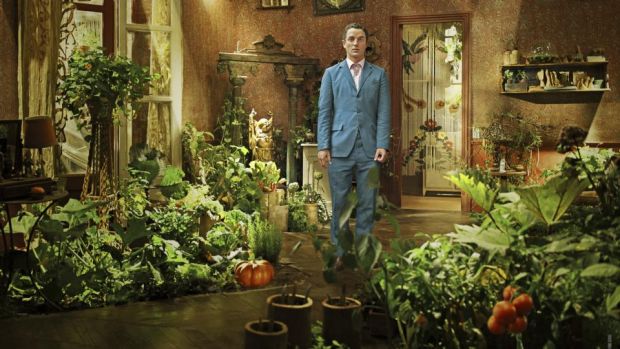 Paul (Guillaume Gouix) is a cosseted and mute piano prodigy who lives with his two maiden aunts in a heavily stylised version of Paris. Paul’s life is regimented and dull until one day he runs into his eccentric upstairs neighbour, (Anne Le Ny, ), a witchy herbalist with a big dog and a brew that, when ingested while listening to meaningful music, conjures memories from the deepest subconscious.

Paul is soon visiting Madame Proust, as she is tryingly called, on a regular basis as he attempts to recover fragments concerning the parents who disappeared when he was still a baby. But perhaps there’s a reason why his aunts never speak of them.

Oh dear. Writer-director Sylvain Chomet is the Oscar-nominated animator behind the delightful Triplets of Belleville and The Illusionist. Occasionally one can discern the film-maker’s presence in the woefully misconceived Atilla Marcel. As with Chomet’s doodles, the film plays out in a strange, timeless, parody version of France populated by odd-looking people. Unhappily, Chomet’s brand of bittersweet whimsy doesn’t translate well into live action.

Scenes and transitions that might be quirky and arresting if drawn by hand are unsettling and sometimes ghastly to watch when re-enacted by actors. Wobbly rolls of fat and swooshing patterned skirts don’t look nearly so jolly in the corporeal dimension. Behaviours, such as compulsive eating and spitting the stones from brandied cherries, are too cartoonish to ever allow us to emotionally connect with anything on screen, even when the loosely assembled plot parachutes in a tragedy or two.

These failings might be forgivable if the songs that pad out Chomet’s quasi-musical weren’t quite so abysmal. Perhaps something has been lost in the translation, but the lyrics are even more tuneless than the droning ditties that support them.

Madame Proust serves madeleines (of course) to lessen the bitterness of her tea: “They’re plain,” she explains to Paul. “Some add orange flower water, but that’s a bit gay”.

What an interesting pejorative use of that word to find in a film peppered with allusions to Marcel Proust, of all people.