ADiff review: Portrait of a charismatic eccentric in We Are Moving 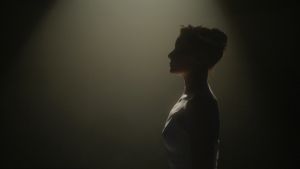 Film Title: We Are Moving

Here is another very well-made film from the Arts Council’s Reel Art strand. Claire Dix’s study of Joan Denise Moriarty, founder of Cork Ballet Company and Irish Theatre Ballet, is less experimental than most such projects. It is a touching, lucid work enlivened by articulate contributions from surviving collaborators. Dix favours non-talking heads: shots of the interviewees with mouths closed, accompanied by audio of their answers. The portrait that emerges is of a charismatic eccentric who, despite being a stern taskmaster, inspired great affection. Certain circling questions add to the attractive enigma. Was she born out of wedlock? (Still a scandal in those days.) Was she not quite so well-qualified in classical dance as she said? We Are Moving also manages to work in some amusing anecdotes that highlight the era’s puritanism. Apparently, priests were allowed to attend rehearsals, but not paying performances. Was that in Vatican II?

Can’t see this? Try Land of Mine, in which German prisoners tackle landmines in the aftermath of the second World War. Light House, 6pm, 101 min