Festival Fit: ’Tis the season to be snapping up tickets for the 2014 festivals 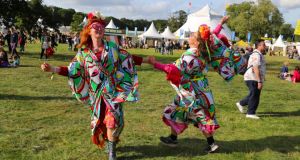 They’re laughing now, but if they miss the early-bird tickets, they’ll be sick as parrots 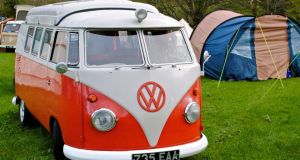 Cheap tickets for Vantastival 2014? Better get on your bike 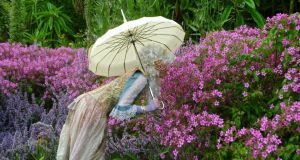 It’s getting to that stage in Silly Season when the prospect of going to a shop to do something as simple as buying a packet of Meanies and a bottle of TK is enough to make even the most battle-hardened shopper break out in a cold sweat (let’s be honest here, the seasonal spike in hangover activity is also a factor in both the lack of shopping enthusiasm and the sweats). It was strangely refreshing and slightly disturbing to hear a story of violence and rioting in Belfast two weeks ago that wasn’t the result of political conflict, but rather a more immediate struggle for cut-price televisions. A Perpignan prop would balk at the sales-point scrums and seasonal superstore skirmishes that are breaking out all over the country, but fear not, the festival folk of Ireland are offering an escape route.

ROCKING FILLERS
Every December there is a flurry of early-bird ticket announcements for some of the best of our music festivals, offering juicy worms to hungry, squawking festival freaks. It’s a perfect opportunity for the organisers to get the promotional bandwagon rolling, but better still, there are some seriously good deals being dangled for anyone glic agus cliste enough to slip a ticket or two into their nearest and dearest’s stockings.

Even without the advance avian offers, Castlepalooza is one of the best-value festivals in the country, but they’re outdoing everyone at the moment with a full weekend ticket including camping inside
the castle walls at a storming €64. Vantastival isn’t far behind them with their clutch of premature hatchlings being offered at €65
for weekend entry and a pitch. A savvy Santa should definitely be taking a serious gander at these two.

Indiependence have taken a leaf out of the Picnic playbook: they’re offering tickets at the moment for €70 if you can prove that you’ve been before, or €80 if you’re a debutante at the Mitchelstown do. Either way, it’s still a pretty sweet deal when you consider the bang that you’re getting for your buck from Indiependence and these other felicitous feathered festivals.

FUN DIRECTION
Tantalising tickets from Body and Soul are already proving more popular than One Direction dolls: the €79.50 batch sold out before Rudolph even had a chance to shine his srón. Worm-hunters can pick weekend tickets up for the Ballinlough bash at the moment for €89.50 (prices keep rising until they get to €139.50, and don’t be surprised if they eventually sell out altogether before the summer solstice session kicks off). No early words or birds from the Picnic again this year, but they’ll be running their loyalty scheme, so hang on to those stubs, T-shirts, bangles, badges and bruises.

Westport Festival of Music & Food and Groove Festival at Kilruddery House are two festivals that have been throwing shapes at the family market, and they’ve also made a play for the premature punter. Groove have adult weekend tickets going for €74, while bringing kids from 4 to 17 years old will set you back €37. Westport got the drop on many of the summer sessions by recently announcing two of their headliners (Bryan Adams and Kool & the Gang) but their early birds went on sale in July (not long after the gig) and only for one week, which seemed awfully early and short. A weekend ticket for Westport now costs €137.10 without camping; the Sith lords at Ticketmaster can be thanked for the odd-looking price.

Just a glimpse into the selection box of tempting offers that some festivals have lined up to separate you from your hard-earned butter vouchers. At the time of goodwill to all men, adopting the ancient American tradition of “self-gifting” might be an idea; if you don’t look after yourself, who will?