The worst thing you can do to a terrorist is to preserve your own better values. That’s what happened to Behan as a 16-year-old IRA bomber: the evil Brits deprived him of the glory of martyrdom by treating him remarkably well 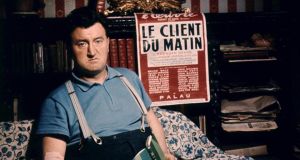 In the radio ads for the new production of Brendan Behan’s Borstal Boy at the Gaiety Theatre in Dublin, Behan is trumpeted as a “legendary author and revolutionary”. But Behan was not a revolutionary. He was something much more interesting and relevant: a terrorist and a child soldier.

In the 21st century, when we are so deeply aware of both terrorism and the horror of using children to commit acts of political violence, the story Behan tells in Borstal Boy is a story of our times. The book is virtually unique as a work of real artistic force written from inside these two conditions. Alongside its considerable literary merits, it has some startling things to say about forms of political violence that continue to shape our world.

It is easy, because of the “legendary” tag and all the bombast associated with Behan, to forget what he was doing in Liverpool in 1939 when he was arrested and eventually sent to a borstal. He was a 16-year-old bomber. He had with him what he calls, in the brilliant opening paragraph of Borstal Boy, “my Sinn Féin conjurer’s outfit”: explosive chemicals, gelignite and detonators. His aim was to blow up ships in Liverpool docks – most likely the same ships that would help keep Britain alive as it faced the Nazis. There is every chance that if he had not been stopped those bombs would have killed members of the very proletariat that Behan, with his confused brand of Catholic communism, purported to serve.

The IRA bombing campaign of which Behan’s plan was part was led by Seán Russell – soon to become an active Nazi collaborator. All through 1939, while the Germans were building towards war, the IRA was trying to destroy infrastructure in England. This was a serious threat. As the historian Bryce Evans puts it, “there was an IRA bomb incident in or around a major British city almost every other day in the first nine months of 1939”.

Bombs were detonated in the London Underground, in shops, at electricity pylons. To ratchet up the terror the IRA released tear gas in crowded cinemas. In the worst atrocity five civilians were murdered by an IRA bomb in Coventry. As in the 1970s, Irish communities suffered the consequences of the hysteria generated by these attacks, through arrests, deportations and abuse.

Behan’s mission in Liverpool came after the Coventry atrocity and also after the start of the second World War. Whatever demented logic there had previously been to the campaign was now completely lost. As Evans records, even the Irish Catholic community in Liverpool, which had shown some ambivalence, now regarded the IRA campaign with loathing. Behan was in effect a Nazi collaborator, sent to Liverpool by men who had no compunction either about using a child or about the possibility of civilian casualties. There was nothing “revolutionary” about any of this.

Yet it is these realities that make Borstal Boy so fascinating and so important. If you read the book carefully, what emerges is a remarkable story about the worst thing you can do to a terrorist. It is not to execute him or to waterboard him or to render him to Guantánamo. It is not to tear up democratic ideals. It is to preserve your own better values. This is what happens to Behan: the evil Brits deprive him of the glory of martyrdom by treating him remarkably well.

In some ways what happened to Behan is scarcely credible by today’s standards. In an atmosphere of panic induced by a year-long bombing campaign, and facing into an existential struggle against the Nazis, the English system could almost be forgiven for maltreating Behan. He was indeed roughed up a bit by the police, but for the most part he received justice. He got a fair and open trial. And he was treated as a child – something that would not happen in similar circumstances in, say, the US today. Remarkably, Behan was kept out of the adult prison system and sent to a borstal. These were not holiday camps, but they were reasonably enlightened institutions with an emphasis on rehabilitation – a good deal safer and more decent than their industrial-school equivalents back home in dear old Ireland.

And this is the great drama of Borstal Boy. It captures the mind of a child terrorist trying to cope with the shock of kindness. The evil enemy refuses to behave with appropriate cruelty. He has to mix with the English proletarians he was trying to blow up. He learns English argot: “I speak it like a native, English, in two days and a bit.” Even worse, he falls in love with an English fellow inmate. Behan’s love for his “china” – china plate: mate – Charlie, is delicately and perhaps somewhat evasively handled in the book, but it is at the heart of the story.

In some ways Borstal Boy is Behan’s The Hostage in reverse. In that play a young English soldier is held hostage by the IRA and a mutual affection develops in spite of everything. In Borstal Boy the same things happens, but it is to Behan himself. There is, though, one huge difference. In The Hostage the IRA kill their prisoner anyway. In Borstal Boy they simply kill his fanaticism with kindness. fotoole@irishtimes.com

The Music Quiz: What was Shane MacGowan’s first band called?
7

How much damage might your money be doing on Black Friday?
8

Michael Kiwanuka: ‘If you’re a creative, you don’t try and be that, you just are’
9