Cork Midsummer brings it all back home

This year’s Cork Midsummer Festival puts the city on stage. So who will be left to watch it, and will it amount to more than the sum of its parts? 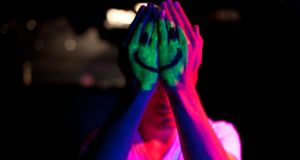 Five years ago, the arch documentary theatre makers Rimini Protokoll asked Berlin to take a closer look at itself. A company that prefers to put real people – or “everyday experts” – on stage rather than actors, Rimini Protokoll has previously recruited Bulgarian truck drivers, Indian call-centre operators and Egyptian prayer callers for its productions. This time, though, they began by looking for one average citizen.

The show was called 100% Berlin, “a statistical chain reaction”, and so it has proven. Since then, close to 20 cities have seen themselves reflected in Rimini Protokoll’s mirror, from Vienna to Athens, Melbourne to Oslo. When 100% Cork opens as part of Cork Midsummer Festival next week, putting 100 faces on city statistics, it will be a paradox: an international franchise for local self-contemplation.

That seems to suit this year’s programme down to the ground. Taken together with three new plays by Cork writers (Carmel Winters’s Best Man, Raymond Scannell’s Deep and Ailís Ní Ríain’s The Tallest Man in the World), music from local hero Mick Flannery and a platform for emerging local artists pithily entitled We Live Here, it thickens the sense that the festival’s themes, content and even audience have been entwined. There are national and international contributions, of course, but the festival is about 90 per cent Cork.

“You don’t necessarily set out at the beginning to make a particular statement about Cork or art, but these things emerge,” festival director Tom Creed says of his second programme. Last year, Ciudades Paralleles, a multi-show project curated by Lola Arias and Steffan Kaegi (one of Rimini Protokoll’s members) turned the city into a stage, bringing audiences to factories, rooftops, homes and libraries. Now, Cork itself is being put onstage and the question is whether this expands the festival’s scope, or marks a more insular focus.

Creed doesn’t consider 100% Cork as just another regional outlet within a global franchise. Whereas some cities assembled “flat pack versions” of the show without Rimini Protokoll’s involvement, this production pairs the experienced Dublin documentary theatre maker Una McKevitt with Rimini to “make something uniquely Cork, while maintaining the standards of the artists’ work as well”.

Cork may be uniquely well suited to a project like 100%. As McKevitt told me, “I think Cork people are not afraid to look the city in the eye. They’re very consumed by being from Cork.” Creed, who directed his first professional show at Midsummer ten years ago, agrees. “It’s a sort of a cliché, but it is also truthful, that Cork people are interested in things about themselves,” says Creed. “In a way, everything in the programme has some kind of engagement with a community in the city, arts practice in the city, or a venue in the city, whether that’s international artists showing ourselves to ourselves in a different way, or an artist like Ray Scannell revisiting one of the most important moments in recent cultural history, the house music clubbing scene in the late ’90s.”

Scannell’s new play looks at the near-fabled Sir Henry’s bar and nightclub, once heralded by dance music bible Mixmag as one of the top clubbing destinations in the world and now just a faded glowstick of memory from 10 years ago. Combining documentary material (interviews with its leading figures, smiley face footage from the dancefloor and stern Primetime reports about Ecstasy use) with the story of a 35-year-old character called Deep House Junkie, Scannell’s piece may sound like a nostalgic exploration of heedless times, but it contains a political charge.

“Cork was pretty grim in the early ’90s,” says Scannell, “losing people through emigration, a place where nothing was going on. Then, seemingly out of nowhere, came the second summer of love and the rise of Acid House in the UK. Cork seemed to do it in its own way.” The venue’s closure in 2003, he points out, roughly coincided with the introduction of the euro: “Just as the club was closing a different kind of excess was on the way. A generation of ravers would finally find themselves in negative equity, slaves to subprime mortgages rather than sub-bass.”

Scannell isn’t the first person to use the rave generation as a political metaphor – the Scottish performer Kieran Hurley did something similar last year with his play Beats – but there’s something revealing about this nostalgia for a time of social and artistic cohesion. Local powerhouse Corcadorca (who stage Ní Riain’s intimate and poetic monologue play The Tallest Man in the World this year) unleashed Enda Walsh’s extraordinary Disco Pigs in 1996, essentially igniting the “Cork school” which counts writers such as Ursula Rani Sarma (a blow-in from Clare), Lynda Radley and Scannell among its alumni. “It’s both a matter of Cork pride, and also a nostalgia for a kind of being together that became a little bit more fractured afterwards,” Creed says of Deep, although he could as easily be describing the art scene. It also hints at the importance of continuity in his festival.

“I’ve seen the impact the festival can have,” says Creed, “as a validation, as a platform, as an opportunity to take risks where the audience might be prepared to see something unfamiliar. I’m very keen to provide the kind of opportunities that the festival provided for me and for other artists.”

Indeed, this year’s programme contains work from various former protégés of the festival. The choreographer and performer Ruairí Donovan began his career at the festival in 2005 and subsequently co-curated the Solstice platform for emerging artists for two years. We Live Here is, to some extent, a continuation of those efforts and it’s encouraging to see new work from Makeshift Ensemble and Creative Connections, both of which grew out of previous festival projects.

Donovan’s show, Witches, involves a 30-person dance ensemble, performing outdoors at four am. Though it deals with potent issues of gender politics and the body, informed by recent controversies around legislation for the X Case and Magdalene reports, Donovan explains, “the key for the event is in coming together and the idea of ‘togetherness’. It’s a return to the concept of Midsummer.”

That concept, as Creed describes it, involves a suspension of the ordinary. “I like the idea that a festival is a moment when you’re given permission to live your life in a different way. You can disrupt the patterns of your day, stay up all night. There are very few times in the year when people would even consider seeing a performance at four o’clock in the morning, but the festival makes that possible.”

The audience for Cork Midsummer is clearly adventurous (Witches has sold well) and seems to be growing: people saw twice as many shows last year than usual, a quarter of all audiences are from outside Cork and 10 per cent from outside Ireland. (As Rimini Protokoll might ask: “how many of you read statistics?”).

Reassurance and adventure
But with funding from Bord Fáilte and The Gathering, there’s an onus to extend that audience. Creed’s programme blends reassurance and adventure, buoyed by the knowledge that people most value experiences they find the most surprising. But making a festival uniquely local in character could be, ironically, the best way to distinguish it among innumerable international competitors. Cork Midsummer Festival may seem to look inwards – at the fabric of its society, the shape of its art, the changing face of its city – but it does so to reach outwards. Cork may have been put onstage but it represents something bigger than itself. In content and ambition, that counts as giving it 110 per cent.

Is it okay to have children in a time of climate chaos?
8