Philosophers are increasingly drawing on psychology and neuroscience for inspiration 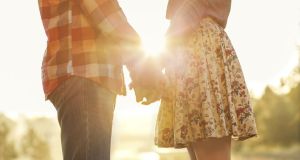 Time was, philosophy in Irish universities used to be taught mainly by priests. Nowadays, the lab technicians are taking over.For today’s philosophical movers-and-shakers, it’s out with Thomism and in with evolutionary biology.

No longer are undergrads asked “How many angels can dance on the head of a pin?” Rather, it’s: “What does the latest brain imaging technology reveal about human consciousness?”

Some fear this interdisciplinary approach is pushing “pure philosophy” to the margins. However, Dr Meredith Plug, adjunct assistant professor in philosophy at TCD, believes more is gained than lost from the process. Dr Plug is one of 11 members of Trinity’s department of philosophy taking part in a public lecture series, starting this evening, on the meaning of love.

In her talk, Dr Plug will approach the topic through psychology, neuroscience and philosophy, prompting today’s idea (in her own words): “Philosophers can help interdisciplinary research by bringing their special skills to the table.”

What do the different disciplines say about the value of “being in love”? “Although philosophers disagree on what it means for something to be good for us – that is, they disagree on what ‘the good life’ or human well-being consists of – those who have considered the question tend to agree with conventional wisdom that the state of loving another person is a good state to be in, particularly if the other person loves you too.

“Psychological research shows that being in love – when love is returned, or there is hope that it will be – enhances feelings of well-being and self worth. It also improves health. For instance, it reduces cardiovascular reactivity to stress and increases lifespan.

“But being smitten with someone often involves extremes of negative as well as positive emotion. And recent research in neuroscience backs the view that ‘love is a drug’. Almost every neurochemical system that is involved in addiction (the dopamine and opioid system, for instance), also play a part in romantic infatuation.

So maybe being in love is not a wholly good thing, or a good thing at all, if we value autonomy and reason above all else.

If we conclude that being in love is a good thing, what are the implications? “Love can be fragile. It has been pointed out that the neurochemical mechanisms that mediate lust, attraction and attachment evolved in an age when human life expectancy was much lower than it is now. The survival of our genes did not depend on mechanisms that guarantee that love can endure for more than 10 or 15 years.

“It has been argued (for instance by Julian Savulescu and Anders Sandberg in a recent paper) that because it is good to be in a loving relationship, we should be open to the neuro-enhancement of love. This would have to be voluntary of course.

If you have a misgiving about this, consider that giving your partner a massage, or doing something ‘dangerous’ together (eg watching a scary film), works to support your pair bond through similar chemical effects.”

Can you apply the same logic to empathy? Assuming empathy is a good thing, should we medicate for it? “Empathy is a tricky term that encompasses a lot of things . . . It has been theorized that a certain type of neurons – so-called ‘mirror-neurons’ – are involved in empathy, and at the moment it seems there is no treatment for malfunctioning mirror- neurons. Also, it is hotly debated whether oxytocin is implicated in empathy.

“Medication with oxytocin is already underway: research suggests that administering oxytocin to some individuals with autism spectrum disorder may increase social behaviour, and perhaps even emotion recognition.

“In general, if medicating for empathy has no ill effects and is done on a voluntary basis, we should probably be open to the possibility. But we might want to apply a future ‘empathy cure’ to those who lack empathy altogether – psychopaths – and that might bring ethical problems with it.”

But that is, of course, not a sign of lack of feeling.”

This sort of interdisciplinary theorising is relatively novel. Do philosophers need to move away from introspection and favour engagement with scientific research and data to make real progress these days? “The increasing engagement of philosophers in interdisciplinary research is partly down to there being more and more discoveries in other disciplines such as psychology and neuroscience that have a bearing on philosophical theories. Philosophers need to consider all the evidence that bears on their theories.

“If a philosophical theory makes a claim that can be decided by empirical methods, then it would be remiss not to use those methods. But there will always be a role for abstract reasoning and the clarification of concepts.”