Work Like Any Other review: Plenty of work, not much play 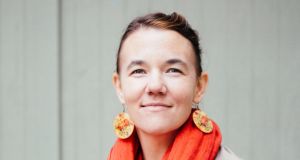 Virginia Reeves: “An exquisite opening chapter of terse dialogue and fraught moments sets up a classic American tale of a bygone era of hardship and hostility”

If work and love are the basis for happiness, as Sigmund Freud believed, then Roscoe T Martin’s discontent with life is understandable. The protagonist of Virginia Reeves’s Man Booker-longlisted debut has neither love in his life nor work he enjoys, a situation made more poignant by the fact he once had both.

A scientist at heart, Roscoe is an electrician in 1920s America, a time of great innovation. In thrall to his work, he marries his sweetheart Marie and the couple settle down in a small Alabama town before going on to have a son, Gerald. Unexpected change is a coming, however: the family is forced to up sticks to the countryside when Marie’s father dies and leaves behind an ailing farm.

The ability to adapt to change is at the centre of Work Like Any Other, an eloquently written novel that lacks the vibrancy and depth of the classic works it tries to emulate. Faulkner’s trapped and unhappy families are present, and there are strong overtones of Steinbeck in the economic and social backdrops.

As modernisation threatens the value systems and livelihoods of the American South, Reeves chooses an interesting protagonist in Roscoe, a man who is undone by his love of innovation as opposed to his reluctance towards it.

His refusal to work the farm causes his fraying marriage to fall apart. Already bitter from an earlier tragedy, Marie shuts herself off from her husband, using Gerald as a weapon.

An exquisite opening chapter of terse dialogue and fraught moments sets up a classic American tale of a bygone era of hardship and hostility: “She’d reached for his arm again, but the anger came quick, the way it did, pushing him taller, shooting him toward that ceiling her daddy had plastered himself.”

Reeves is a graduate of the Michener Center for Writers at the University of Texas. Her fiction has been shortlisted for the Tennessee Williams Fiction Contest and the Alexander Patterson Cappon Fiction Award.

She excels at creating a sense of menace in the early chapters of her debut, drawing the reader in from the opening sentence: “The electrical transformers that would one day kill George Haskin sat high on a pole about ten yards off the northeast corner of the farm where Roscoe T Martin lived with his family.” It is a clever device that recalls the famous foreboding opener of Gabriel García Márquez’s One Hundred Years of Solitude.

What initially captivates soon falters in a structure that gives alternating chapters of first person and third person perspectives. That these are both from Roscoe’s point of view confuses and seems unnecessary until Marie’s voice is introduced.

Wilson’s status as a black convict is interesting, historical material. While Roscoe becomes a favourite of the warden for his intelligence and quick thinking, Wilson is sent to work the mines: “Just a host of men covered in coal dust, black and blacker.”

While Roscoe lingers in prison, the plot becomes laboured as he moves from working in the dairy to the library to looking after guard dogs. His time in the library, which earns him the moniker “Books”, is straight out of The Shawshank Redemption but without that book’s emotional impact. Characters at Kilby are impressionistic – inmates, guards and a kindly nurse give a general if hackneyed overview of the era’s prison conditions without really coming to life.

Much better are the voices back on the farm of Marie and Moa, Wilson’s wife, who are vivid in their refusals to admit defeat in the face of adversity. The book’s final quarter at the farm promises relief and perhaps redemption but instead veers off towards new characters, contrived situations and overly dramatic reunions.There is also a forced sense of mystery and an awkwardness in the narrative as Reeves occasionally flits to some future, unknown time.

Having received a Booker nomination this year, it is unlikely that Reeves will be lacking in readers for her debut novel this Christmas. But the clue is in the title: there’s more work than pleasure in the reading.