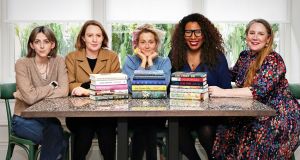 Three novels by Irish authors – Girl by Edna O’Brien, Actress by Anne Enright and Hamnet by Maggie O’Farrell – have been longlisted for the 2020 Women’s Prize for Fiction. Six US and five British writers, one from India and one from Singapore complete the 16-strong longlist.

O’Farrell’s novel, about the death of Shakespeare’s 11-year-old son, Hamnet, is not yet published but is already garnering a lot of advance praise. O’Brien’s novel, based on the Boko Haram mass kidnapping of Nigerian schoolgirls, is a remarkable late flowering in the 89-year-old writer’s distinguished career. Enright, previously shortlisted for The Forgotten Waltz and The Green Road, is a strong contender to go one step further with her acclaimed account of an Irish actor’s rise and fall.

One of her main rivals will be Hilary Mantel, previously shortlisted for Wolf Hall and Bring up the Bodies as well as Beyond Black. She is back again with the third act of her trilogy, The Mirror & the Light.

Ann Patchett, who won the prize for Bel Canto and has twice been shortlisted, has been longlisted again for The Dutch House. Bernardine Evaristo’s Booker-winning Girl, Woman, Other makes the cut but not her co-winner, Margaret Atwood’s The Testaments.

This year’s longlist honours both new and well-established writers and a range of genres. There are six debut authors on the list, including Luan Goldie, who won the Costa Short Story Award in 2018, and popular favourites Fleishman is in Trouble by Taffy Brodesser-Akner and Queenie by Candice Carty-Williams. Jacqueline Woodson, whose previous novel Another Brooklyn won the National Book Award in 2016, is longlisted for Red at the Bone.

Martha Lane Fox, chair of the judges, said: “Ahead of the longlist meeting I was anxious that the negotiations between judges might be as arduous as Brexit, but it was an absolute delight to pick our final 16 books. Entries for the prize’s 25th year have been spectacular and we revelled in the variety, depth, humanity and joy of the writing – we hope everyone else will too.”

The other judges are authors Paula Hawkins, Viv Groskop and Scarlett Curtis and Melanie Eusebe, co-founder of the Black British Business Awards.

Bea Carvalho, Waterstones fiction buyer, said: “It’s great to see promising new voices rubbing shoulders with some true giants of the genre on such a strong and varied longlist: the inclusion of 2020’s most high profile new publication, The Mirror & the Light, and The Dutch House gives the list real gravitas, and we’re delighted to see bookseller favourites such as Queenie and Fleishman is in Trouble represented too. We’re thrilled to have a new opportunity to talk about all 16 books with our customers.”

The Women’s Prize for Fiction shortlist will be announced on April 22nd and the winner of the £30,000 prize, which is sponsored by Baileys, Fremantle and NatWest, will be revealed on June 3rd. US author Tayari Jones won last year’s prize for An American Marriage. There have been two Irish winners: Lisa McInerney in 2016 for The Glorious Heresies and Eimear McBride in 2014 for A Girl is a Half-formed Thing.

2020 marks the Women’s Prize for Fiction 25th anniversary. To celebrate the 24 previous winners, the prize is also running the #ReadingWomen campaign – a digital bookclub, encouraging readers to take on the challenge of reading each of the Women’s Prize winning novels. The campaign will culminate in autumn, when the Winner of Winners will be chosen in a public vote.

Djinn Patrol on the Purple Line by Deepa Anappara Review
Fleishman is in Trouble by Taffy Brodesser-Akner Review
Queenie by Candice Carty-Williams Review
Dominicana by Angie Cruz
Actress by Anne Enright Review Interview
Girl, Woman, Other by Bernardine Evaristo Review Interview
Nightingale Point by Luan Goldie
A Thousand Ships by Natalie Haynes
How We Disappeared by Jing-Jing Lee
The Most Fun We Ever Had by Claire Lombardo
The Mirror and the Light by Hilary Mantel Interview
Girl by Edna O’Brien Review Interview
Hamnet by Maggie O’Farrell
Weather by Jenny Offill Review Interview
The Dutch House by Ann Patchett Review
Red at the Bone by Jacqueline Woodson