Why libraries matter: a personal view by novelist Salley Vickers

I was made – not simply my writing but my fundamental outlook – through the worlds I met in my library. We must fight to ensure today’s children have the same opportunity 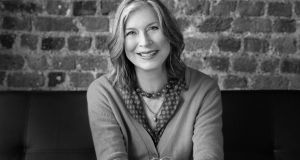 Salley Vickers: 'The current decimation of our libraries here is a public disgrace, especially the loss to our children.'

When I was a very small child, my father lost his job for being a communist activist. They were a bookish couple, my parents, well-educated but poor. I think anyway I would have spent a lot of time at the local library. We lived in rented accommodation in a drab block of London flats and the highlight of my week was the regular Saturday trip I made with my father to the children’s library.

The children’s librarian there was a Miss Blackwell. Middle-aged, unmarried, with a neat grey perm, a straight tweed skirt and classic sensible shoes, she had the Delft blue eyes of a mystic and a voice that I can hear to this day: gentle, tuneful, tactful. All my life it is voice rather than appearance that has drawn me to people and Miss Blackwell’s was the voice of a highly cultivated and benign siren beckoning me to steep myself in untried waters.

She discerned at once that I was a reader and that my father was too and set about educating us both. I needed no introduction to Beatrix Potter (I had learned to read on those), nor to Winnie-the-Pooh, The Wind in the Willows or Alice. All these I had read or had read to me at home. In later life I found that the one thing I could always get him to buy me was a book. It must have hurt him that in those days he couldn’t indulge me in this shared passion. So Miss Blackwell was for him too a kind of saving angel.

The Moomin family offered a picture of easy-going, indulgent happiness that helped to assuage the sense of tension I felt in my real-life parents

Her first great hit with me was Moomintroll. I daresay I would have encountered the Moomin family in good time but it was Miss Blackwell’s love that made me love them. I see now that the unflappable Moomin Mama with her capacious handbag was a substitute for my brave but sometimes frightening disabled mother. My parents were a complicated couple. Theirs was a wartime marriage and with my father having been a POW and my mother left a double amputee at 22, thanks to a German bomb dropped on the house she lived in, it was a marriage with inevitable strains.

The Moomin family offered a picture of easy-going, indulgent happiness that helped to assuage the sense of tension I felt in my real-life parents. I also wrote poetry from a young age so Moomintroll’s best friend, the poet Snufkin, whose immortal words “all small creatures should wear bells on their tails” has long been a motto, became my own friend and ally.

Other recommendations from the remarkable Miss Blackwell followed: the Red, Green, Blue, Lilac Fairy Books, compiled by Andrew Lang, CS Lewis’s Narnia sequence, deeply disapproved of by my atheist parents, and to me, more beguiling than Lewis, George Macdonald (best known for The Princess and the Goblin and The Princess and Curdie) whose At the Back of the North Wind thrilled with its otherworldliness, its poetry and strangeness. It was also my first real encounter with death, for what Macdonald understood was that children will eagerly imbibe the stark, quintessential truths about life if they are fed them early enough and with sufficient subtlety and imagination.

Rereading the trilogy recently for my latest book set in a children’s library (where my own childhood favourites feature) it seemed to me on a psychological level with the best historical adult fiction. I didn’t know this at the time, but as a sufferer of Still’s disease Sutcliff spent most of her life in a wheelchair, which gave her a special feeling for the crippled and wounded. Inevitably, my mother’s disability gave me an interest in this subject and Warrior Scarlet about a Bronze Age boy with a withered arm who must kill a wolf to be accepted as a member of his tribe became one of “my” books. (All bookish children have these.)

But the great introduction was to Tom’s Midnight Garden by Phillipa Pearce. This remains my favourite children’s book of all time for its marvellous expression of the magical interconnectedness of human consciousness and, most significantly, the deep mystery of time. Time in all its unfathomable eddies and caprices has flowed through all my novels and Pearce’s book was unquestionably the source.

We live in an age of terrible philistinism – perhaps more so in Britain (which I think of as culturally more barbaric than Ireland). The current decimation of our libraries here is a public disgrace, especially the loss to our children. People speak idly of the superior powers of the internet, of digital reading but not all children are lucky enough to have these resources. How on earth are they anyway supposed to know what to read if the choices are not in plain sight– if there are not wise and engaged librarians to steer them towards treasures that may otherwise be passed unseen?

I was made – not simply my writing but my fundamental outlook on life – through the worlds I met in my library. We must fight to ensure today’s children have the same opportunity to wander among these riches, to sample them and be nourished and so grow.