Whispers from the past, personal reflections on revolutionary Kerry

Diarmaid Ferriter on ‘Wounds: a memoir of war and love’ by Fergal Keane 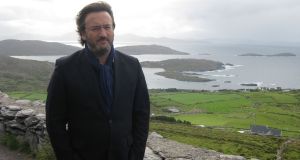 During his journalistic travels, Fergal Keane faced his own battles to make sense of war and its impact on him and is admirably frank about their toll

Book Title:
Wounds: A memoir of war and love

There is a memorable anecdote towards the end of this book about Dan Keane, the author’s independent-minded great uncle, hectoring a priest in Listowel who was preaching hell during a mission. Dan bellowed “No such thing!” from the congregation. The priest told him to be quiet, “or I’ll turn you into a goat. I’ll put two horns on you!” Dan replied, “If you do I’ll f****n’ puck you with them”.

The Keanes of Listowel have always stood their ground. Good with words, patriotic and fond of the drink, their creative streaks and determination are apparent in the careers of actor Eamonn Keane, the author’s father, and his playwright uncle John B, not to mention the brave priest tormentor Dan. Fergal in time became an accomplished war correspondent and writes with honesty about family inheritance, tribal strengths and shortcomings and the conflicting legacies of revolution.

The premise of the book is appealing. Keane returns to his roots in Listowel and traverses its streets, boreens and hills to piece together the involvement of his forebears in the War of Independence and Civil War. But there is a problem; the foundations on which he seeks to build his story are too shaky because of a dearth of information. Ostensibly, this is a story centred around Keane’s grandmother Hannah Purtill (who married Bill Keane), a member of Cumann na mBan during the War of Independence, her brother Mick and his friend Con Brosnan, both IRA volunteers in the same period, but they too often remain background and quite shadowy figures; in that sense, the book perhaps stretches the definition of memoir. There were no diaries, letters or interviews left behind; as Keane puts it, his grandmother’s stories “will remain untold in her own voice . . . what I have are the few confidences shared with their family, some personal files from the military archives, the accounts of comrades in arms, the official histories and contemporary press reports and my own memories of those rebels of my blood and of the place that made them.”

In filling the gaps, Keane sometimes appears to be padding, and can lose himself in his own romanticism in weaving in and out of different time periods; he takes us through land hunger, famine and Catholic emancipation by giving a potted history of the last few centuries, all the while looping back to Listowel. He admits he “inherited the Keanes’ capacity for dreaming and being easily distracted” and this occasionally affects the prose with passages that are melodramatic and littered with speculative pop psychology (“he saw in that moment the shame of survival that had stalked his ancestors and mine”) and there is a resultant problem with the coherence of the narrative.

He also could have gone to the trouble – given it is one of the book’s themes – of telling us precisely how many Protestants there were in Listowel before and after the revolution. We are told “there were never more than a few hundred Protestants living around Listowel . . . they faded out rather than vanished”. It is not difficult in this era, given the research tools available, to be precise about such matters.

But there is also strong and interesting material here, including about memory, forgetting and compartmentalisation of the past and present. The book is partly about Keane’s own evolution as a journalist who has been deeply immersed in war zones; he appreciates the complexity and layers of conflict in contrast to the way Irish history was imparted to him by his father, a romantic nationalist. He succinctly encapsulates some of the brutalities and legacies of revolution: “To approach a man near his home where his wife and young children are waiting for him, to fire enough bullets into his head and chest to make sure he is dead and to do this when you have never killed before and to live with this for 50 years and more and never speak of it; how does a man, a man like you, live with this?”

Whisper from the past

The victim was Royal Irish Constabulary District Inspector Tobias O Sullivan, of the same stock as his grandmother and shot dead close to the Keane family home; only four of the 14 bullets hit their target but that was enough. The killing was “one of the most talked about events” in the area at that time, but ultimately became just a “whisper from the past”.

There is a moving account of the execution by the IRA of former RIC sergeant James Kane, accused of informing in the aftermath of the killing of O’Sullivan. Before his execution, “the killers and their victim knelt together by the roadside and said a decade of the rosary”; after it, the killers rested, smoked and “blessed the man who discovered tobacco”. In telling such stories, Keane makes good use of testimony from the Bureau of Military History.

Keane is at his strongest when writing about the Civil War and “an accumulating local viciousness” but again, his relatives are very much background rather than central to the narrative: “I was never able to ask my grandmother or her brother Mick what they thought of the civil war”. Both accepted the Treaty and the Keanes ultimately became staunch Fine Gaelers. During the Civil War anti-Treaty republicans briefly took over Listowel and a young National Army soldier, Edward Sheehy, was shot through the heart; for his funeral, the firing party had to borrow guns from republicans, “a last moment of brotherhood in North Kerry”.

The following year, Sheehy’s father wrote to the Free State authorities looking for a headstone for his grave: “His body lies in a nameless grave . . . nothing to show how he died or what he died for . . . twenty-two years of age and six foot two in height and an athlete of the first order . . . it is not surprising that his mother’s health should have suffered . . . I am liable to lose her also.” The letter is a reminder of the depths of the sadness and loss and also the value of recently released archives, in this case the Military Service Pensions Collection.

Keane’s reflections on the aftermath of the revolutionary era are also thought-provoking and nuanced; he sees his forebears as courageous idealists but does not shirk the revolution’s underbelly and in the long run, the stifling of independence: “My grandmother remained devout until her death. She could make disobliging remarks about certain priests in private and was scathing about the crony politics of the time, but would never have dreamed of rebelling in public”.

The longing for stability was one factor, as was a need to reconcile, which Con Brosnan attempted with much success with a Kerry football team containing both sides of the Civil War divide. Mick Purtill coped well and did not seem at all “beset by haunted moments”. But as with many families, there was also depression, drink and “the great full silences of an Irish kitchen where none are at peace”. During his journalistic travels, Keane faced his own battles to make sense of war and its impact on him and is admirably frank about their toll. Perhaps the book delivers less than it promises, but it is frequently absorbing and intelligently reflective.