When All is Said review: a rich man’s guilt laid bare 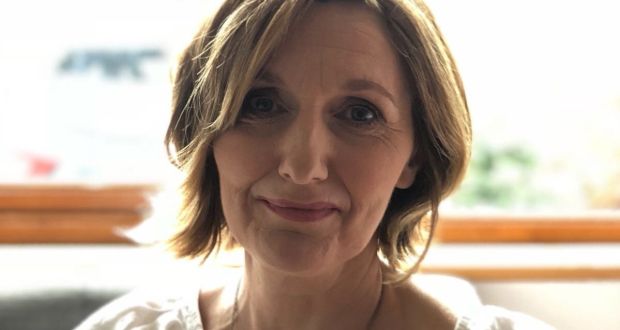 Anne Griffin: a writer of unusual confidence and authority

Book Title:
When All is Said

Svetlana pops the cork and we watch her pour the bubbles. It looks magnificent, but I know it tastes like pure shite.”

Maurice Hannigan, the narrator of this novel which deals with family conflicts and class differences in the rather special context of the Irish midlands, prefers beer or whiskey (Middleton) to champagne. He tells the complex and dramatic story of his life in the course of one evening, while sitting in the Rainsford House Hotel, in a market town somewhere in Co Meath. The hotel is the former Big House of the Dollard family, the local landed gentry for whom the Hannigans worked in various capacities. Maurice is a recently bereaved 84 year-old, who has risen from lowly origins to riches, buying up land and property. He has exacted revenge on the Dollards for their erstwhile cruelty to him, by outstripping them in wealth to the extent that he is well able to buy out even the last vestige of their former glory, the hotel.

So far so typical Irish novel of Big House decline and the displacement of its denizens by crafty peasants – the ghosts of William Trevor and Elizabeth Bowen hover over the meticulous, articulate prose, iterated in an almost standard Trevor-land locus of comfortable country hotel.

There is also a whiff of Wuthering Heights in the novel, peopled as it is with larger-than-life dark characters with a propensity for emotional and physical violence. Just a few details, such as Svetlana, the eastern European barmaid who is still learning the local terminology – “What is toasted special?”– remind us that we are in recent times. The history of neighbours and family embroiled in a web of guilt and envy, misunderstandings and lies, has an interestingly timeless feel to it, as if the author is letting us know that the trappings of life don’t really change very much that is elemental in human nature.

During the evening in the bar, Maurice raises a glass to five significant people in his life: his brother Tony, his sister-in-law Noreen, his dead daughter Molly, his son Kevin, who defied family tradition by becoming a journalist and emigrating to the US, and finally his recently-deceased wife, Sadie. In a way, the novel consists of the intertwining and overlapping stories of all these people, and manages to tell the story of evolving rural Ireland through the lens of their experiences, and, of course, Maurice’s own.

While there is limited description, a sense of place permeates the work. Co Meath, with its rich farms, its vast demesnes and thriving country towns, its bucolic beauty, all supported at one time by a more or less exploited peasantry, is economically and beautifully evoked. But there is more to this novel than decline and fall of the Big House or pastoral symphony. It combines a deep exploration of personal guilt and loss with an engaging mystery story. Gradually, as Maurice reflects and recalls his past, we find out that central to his story is the theft of a curious artefact, the kind of harmless little curiosity that crops up towards the end of Antiques Road Show and turns out to be worth a fortune. In fact we never actually find out how much the object a young Maurice stole is actually worth, and neither does he. Its function in the novel is, perhaps, as a symbol of the destructive power of money – Maurice’s success is partly linked to his parsimony, a deep cause of regret to him now that his wife is dead. (In life, he was too mean to buy her a cup of tea after their Sunday lunches in the hotel, since it is so easy to make a cup of tea at home!) But the object is deployed brilliantly in the novel, linked to tragedy and death, and providing tension and drama.

The most impressive aspects of this first novel from the pen of prize-winning short-story writer Anne Griffin are its rich, flowing prose, its convincing voice, and its imaginative and clever structure. She has complete mastery of her quite complex plot, and manages to imbue her sizeable cast of diverse characters with life and energy. Maurice, his wife Sadie, his son Kevin, even his imagined daughter, who died when she was 15 months-old, come alive in his fluid, occasionally wry, narration. Griffin is a writer of unusual confidence and authority, and a welcome arrival to the literary scene.
Éilís Ní Dhuibhne’s most recent work is Twelve Thousand Days. A Memoir of Love and Loss. (Blackstaff, 2018). She is an ambassador for the Irish Writers’ Centre and a member of Aosdana.