The Sun on My Head review: Fleeting snapshots of favela life

Geovani Martins, a new literary star from Rio, doesn’t shine as brightly as the hype 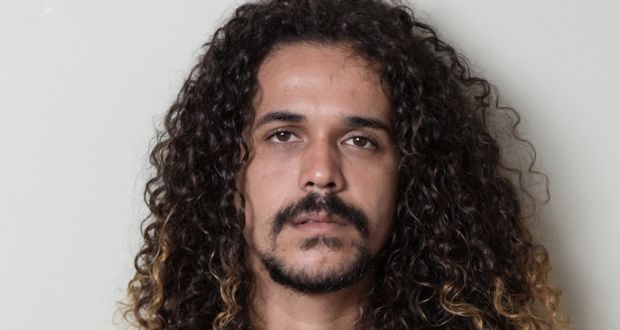 Geovani Martins: an evocative writer who knows his city well

Book Title:
The Sun on My Head

Thirteen stories, many of them vignettes more than rounded tales, comprise Geovani Martins’s heralded debut, The Sun on My Head. Published by Faber in the UK and Ireland, in a lively translation by Julia Sanches that stays true to the spirit of the writing, the novel is the first Brazilian book in history to sell publishing rights to translations in nine countries in anticipation of its release.

Faber author DBC Pierre, not one to give out blurbs willy-nilly, calls the collection “a blaze of heat, love and risk that will leave you reeling”. Misha Glenny, meanwhile, deems it “one of the most important imaginings of the devastating inequality that plagues Brazilian society since City of God”.

With a recent profile in the Guardian, appearances on literary panels with Booker nominees and the rights to his book already sold for a film adaptation, Martins is certainly a writer whose reputation precedes him.

But while the stories in The Sun on My Head offer a vibrant and modern view of life in Rio’s favelas, the writing lacks the precision and craft of authors such as Junot Díaz, Daniel Alarcón and fellow Brazilian Adriana Lisboa. Comparing Martins’s collection to other recent works in translation by emerging authors, there is more to be said for the less hyped The Dinner Party by Gabriel Ybarra, Jokes for the Gunmen by Mazen Maarouf and Crossing by Kosovan author Pajtim Statovci.

Martins struggles with endings. His stories mostly jolt to a finish, or occasionally spring an unearned epiphany on reader and character. They are fleeting snapshots of favela life, usually from the perspective of young male characters whose struggles range from finding “bud” and caring for infants to disposing of bodies. Yet if the aim of Martins’s writing is to give a flavour of how fraught it is to grow up in a hugely underprivileged community of the “Broken City”, he has achieved this in his book. There are many strengths to his storytelling, not least a way with colour and energy that bring most settings and scenarios to life.

The opening story, Lil Spin, tells of a young male narrator, out to have fun but unfairly caught up in police violence. The frenetic energy of Rio life comes through in a rhythmic, easy-going narrative voice: “Driver didn’t blink twice when our crew climbed in the back, bus was like full-up, with mad people, beach chairs, everybody sweaty, tight as tuna.”

The devaluing of human life by drug and gang culture in the city is a recurring theme, with stories such as The Tale of Parakeet and Ape and Padre Miguel Station skilfully showing the fallout. The latter is a well-crafted story that depicts in a few short pages the misery of a pregnant crack addict, police as an enemy faction and the ease with which young favela men get caught up in trouble, or “perrengue”. Translator Sanches leaves a number of Portuguese words and phrases in the text, which helps to further enliven the stories and bring us closer to the action.

Martins is good at dialogue, particularly the back and forth between authorities and the young men they so obviously fail to protect. Bent coppers, to borrow a phrase from our own TV culture, are rife in Rio. One such policeman relieves a small-time drug dealer of his earnings, with some fatherly advice: “Son, when a brother gets caught, he forgets his bills. Everybody knows the deal. Even the old-timers know that’s how things roll. You lost, you lose, kid.”

Elsewhere, narrative flow is halted by clunky descriptions – “the feeling of being given a tongue-lashing is the boy’s own personal hell” – or insights delivered in cliched language: “For every action there’s a reaction, and everybody’s got to face their own music.” Or sometimes, they’re not really insights at all: “In any case, kids change people.”

Frequent tense shifting seems arbitrary rather than related to the text, and occasionally an awkward metaphor or description takes us away from the narrator and into a more judgmental authorial voice: “Everybody knows if a thug’s gonna earn their stripes, it’s in combat, the moment they prove their heart pumps cold.” This line appears in Crossing, the collection’s captivating closing story, about a young man disposing of a body in a landfill. His actions are deplorable, and yet, when he comes home to be told he must leave immediately and never return, the sense of loss is palpable: “He glanced at the alleys, at folks on the street, the cachaça-drinking drunks, the stoners, the believers, the girls, the workers heading home.”

The collection really shines when it comes to setting. Martins is an evocative writer who knows his city well. He was born in 1991 and grew up with his mother in the Rio neighbourhood of Vidigal. He was discovered during creative writing workshops at Flup, the literary festival of the Rio favelas. The sun is most certainly on this young author’s head.