What We’re Teaching Our Sons review: Lessons from our fathers 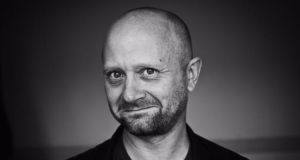 Owen Booth has written a remarkable debut whose profound documenting of family life is achieved in less than 200 pages.

Proving George Herbert’s line that a father is worth a hundred schoolmasters, Owen Booth’s arresting debut is a compilation of life lessons passed down from father to son. With the emotional depth of a novel mixed with the breezier form of a parenting manual, Booth has written a remarkable debut whose profound documenting of family life is achieved in less than 200 pages.

What We’re Teaching Our Sons gets its depth from contrasting the intimate details of individual relationships with a universal backdrop that includes all fathers and sons. Booth uses the first person plural to achieve this effect while managing, at the same time, to conjure up images of singular bonds.

In the hands of a lesser writer, the style could soon irk but Booth’s lucid writing and light touch, sometimes caustic but never sarcastic, move the narrative gracefully along.

Aided by the repetition, there is a rhythmic, dreamlike feel to the book that’s in keeping with its blurring of real and imaginary scenarios. This is a story about a father who wants to ground his son in the joys and sorrows of real life, who wants him to understand happiness, to learn from his father’s mistakes, to avoid repeating them if possible: “We’re teaching our sons about heartbreak. Its inevitability. Its survivability. Its necessity. That sort of thing.”

It is an atonement of sorts for the inadequacies of reality, “to make up for all the bad things we did back when we were drinking/ gambling/ on drugs/ addicted to sex”. It is an ode to the other half in the parenthood: “We rope our sons into helping us stage a series of grand romantic gestures, to try to win back the distant, tired hearts of their mothers.”

But, and herein lies its power, What We’re Teaching Our Sons is also full of the lessons that the fathers would like to give if the everyday didn’t get in the way: “Out on the frozen marshes before dawn we produce hundreds of rabbits out of sacks, try to show our sons how to skin the rabbits.” In a more far-flung fantasy, the fathers and sons find themselves travelling up the Amazon river in search of mind-expanding experiences. Another powerful, consoling scene sees the group of fathers and sons on the terrace of a Monte Carlo casino, where the pain of the divorced fathers among them is made more vivid through deflation: “Clearly ridiculous – our sons are far too young for this sort of thing. And there are obvious legal issues to consider. Nevertheless.”

The sense of poignancy is augmented by the inherent goodness at the heart of the book, a desire to help the next generation that never turns mawkish or sentimental on the page. Father of two sons, Booth is an English journalist and copywriter who won the 2015 White Review Short Story Prize and was recently awarded third prize in the Moth Short Story competition. Max Porter’s Grief is the Thing with Feathers and Matt Haig’s How to be Human and Reasons to Stay Alive are contemporary counterpoints, but What We’re Teaching Our Sons feels highly original in scope.

In its humour, Nick Hornby comes to mind. When the fathers take their sons swimming, “We crouch low in the water like middle-aged crocodiles, stealing glances at the sleek sea-otter mothers.” The sons can be very astute and funny too. As the fathers try to explain the death of the whale who swam up the Thames in 2006, the sons have their own theories: “‘Maybe he was murdered,’ our sons say. ‘Maybe sharks did it, or other whales. Maybe he had it coming. Maybe he was a bad whale.’”

In a scene at Disneyland Paris, thrilled after sneaking in their contraband packed lunches, the fathers try to teach their sons about the “immense meaningless of existence”, about how the universe will eventually explode from heat. A sense of scale and perspective of our place in the world is the aim, the nub of this gem of a book and its most essential lesson of all.