This fast-flowing sequel continues the search for hero Vernon, who is in full-blown freefall 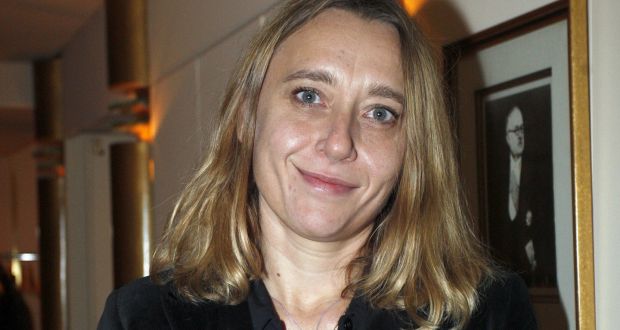 The search, begun in Vernon Subutex 1, continues. Well, actually, a few searches. People are hunting for our hero, Vernon, an everyman in full-blown freefall. Equally pressing is the matter of the tapes featuring the final interview – of sorts – with charismatic, if troubled, rock star, Alex Bleach. A wider search concerns the meaning of life, which appears to be eluding most of the characters. Then there is the never simple question of the truth itself. One thing is certain, this is no ordinary sequel – the assured cohesion is seamless. Only – reader warning – do read one before two.

It is fast-flowing bedlam; a colourful assortment of often ghastly if all too human individuals, mostly prepared to do anything to survive, and apparently entangled in those tapes. Long protected from life by his record shop, Vernon sees its collapse as a prophetic element in the demise of the music business. Gradually he loses everything and takes to begging sofa space from various acquaintances.

In her seething Paris of messed-up losers and relentless operators, Despentes exposes a universal society gone mad on greed, fear and ruthlessness. It is terrifying and all too recognisable; the rhythmic fluency is brilliantly evoked by master translator Frank Wynne, who captures each operatic flourish down to the slightest, eloquent beat. It is cinema, theatre and every rock concert you ever attended.

The collective race to secure the tapes is dominated by the particularly nasty, big-shot producer Laurent Dopalet, who is intent on silencing his past. He has a secret to protect. But then that same appalling reality was also haunting Alex Bleach, who was crazy but nowhere as rotten as Dopalet, who has despatched the Hyena, a chillingly resourceful female with whom no one wants to interfere.

There is a great deal of shouting, screaming, violence, sexual innuendo, recrimination and regret. The dialogue soars not only as quick-fire exchanges but as a knowing commentary on present-day society. Despentes misses nothing; her vision possesses an intoxicating righteousness.

Most of the characters are aging and unhappy. It is not that surprising that drugs and alcohol emerge as major comfort foods, while most of the action takes place against a rapidly changing soundtrack provided by the deteriorating Vernon who, for all his vague ineffectualness, is a demon when devising a playlist. For a brief spell in volume 1 it seemed he had found sanctuary as a DJ in the ongoing party taking place at the apartment of Nico, a crazed stock market trader. Only Vernon made the mistake of falling in love with the wrong girl, an out-of-bounds beauty named Marcia.

All the while Despentes ensures we never lose sympathy for, or interest in, Vernon, our fragile, ever charming hero who, for all the personal disasters he weathers, is finally shaken by finding, and losing, love. Underlining much of the rage in this very angry tale is the betrayal, loss or destruction of love experienced or caused by several of the protagonists. As is evident from the very beginning of this saga, Despentes is mirroring the Martin Amis of The Information (1995).

The first part – accepting that this “trilogy” is one long novel as is Tolkien’s The Lord of the Rings – culminates with the incredibly annoying, struggling screen writer Xavier bring beaten up by neo-Nazis while Vernon looks on. He is beginning to disengage from ordinary existence. Among the several artistic and unexpectedly subtle, quasi-philosophical insights which Despentes consolidates in the second book is his bizarre reinvention. Or to be more accurate, she carefully charts the gradual re-alignment of Vernon.

He drifts, living rough on benches and in parks and building sites. True to his gift for attracting people, he is befriended by kindly old Charles, a secret lottery winner who spends his winnings on regularly buying garish new trainers while also assisting the fallen such as Vernon.

Amidst sequences of frantic partying as group therapy, there are slow movements allowing for back story and character development, but it is clear that this relative lull before the storm, is preparing for the apocalyptic finale of Vernon Subutex 3 which is heading our way. Vernon as a surreal, passive Prospero – why not?