Variations on a theme that stand the test of time 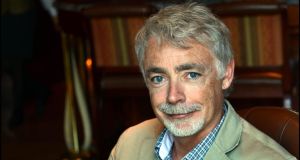 HG Wells’s The Time Machine is not, perhaps, as widely read as it once was, but the significance of its influence on today’s time-travel fiction remains. That this influence extends to children’s literature is shown by the fact that several of the books reviewed here make direct or indirect references to it in the course of developing their own narratives of time past, present and future and the various zone crossings between. A literary heritage has been acknowledged and, simultaneously, brought up to date for readers of our digital age.

Eoin Colfer’s W.A.R.P: The Reluctant Assassin (Puffin, £12.99) exploits to the full Colfer’s fascination with a world of rapid scientific, technological and political change. But that, literally, is only half the story. Into the London of “Now” come visitors from the London of 1898 in the form of a boy called Riley and his murderous master, Garrick. They emerge from a metal capsule into a room where Chevron, a sparky teenage FBI agent, has been longing for some excitement. She will not be disappointed once she and Riley join forces to confront Garrick and his fellow villains, some of them very scary indeed. In spite of all its trappings of modernity this is a novel totally in the spirit of a Victorian ripping yarn but with added dimensions of wit and inventiveness.


Travel a few years beyond the “Now” of Colfer’s London vision and we find ourselves, in Oisín McGann’s Rat Runners (Corgi, £6.99), in a city and a society under permanent surveillance. This is a dystopian, post-Orwellian environment, “filled with X-ray cameras”, where technological sophistication in the hands of the Watchworld and the Safe-Guards controls virtually every aspect of the citizens’ lives.

McGann’s chilling plot focuses on four teenagers entangled in a sequence of events involving, among much else, forensic science, computer hacking, body implants and nanotechnology. These young people are the rat runners of the title, employed by the gangsters of the city’s criminal underworld to assist in pursuing their deadly ends. The action is fast and, occasionally, violent; the language is, in places, earthy, and the characters, especially the one with the Northern Irish accent, colourful.


With Marie-Louise Fitzpatrick’s Hagwitch (Orion, £8.99), we remain in London – or, more exactly, two Londons: one is the present-day city, the other its convincingly revivified 16th-century forerunner. The interweaving of both worlds is skilfully sustained in a narrative drawing on Celtic folklore and demonstrating the disturbing power, across the ages, of superstition. Flea, a young Elizabethan apprentice, observes how the fortunes of his playwright master are transformed when the trunk of a hawthorn tree, to be used as a stage prop, is brought into their home. Four centuries on, 13-year-old Lally witnesses the consequences of her puppeteer father’s decision to carve a new doll from an ancient piece of wood removed from the canal where their barge is moored. Fitzpatrick’s insight into the magic and mystery of theatrical life, including its darker side, is vividly conveyed.


“Nightclubs are going to seem a bit dull in comparison to overthrowing an ancient monarchy and surfing on a river of drowned souls,” Aisling says to her friend Julie in the concluding lines of Katherine Farmar’s Wormwood Gate (Little Island, €8.99). She is reviewing their experiences of having briefly left their contemporary Dublin behind and entered the liminal domains of the City of the Three Castles, experiences that have introduced them to a diverse gallery of creatures, human and otherwise. Watch out especially for the squabbling seagulls and pigeons as Aisling and Julie progress through their increasingly surreal landscape. But, much more important, watch out for the growing intimacy in the girls’ relationship and prepare to join in the joyous duet of “yesyesyesyesyesyesYES” with which their story ends (or begins).


Where Farmar’s use of the time-slip convention allows for the frequent incorporation of humour into her narrative, Sarah Moore Fitzgerald, in Back to Blackbrick (Orion, £9.99), employs it for largely serious intent. Here, a young teenager called Cosmo lives with a grandfather suffering from Alzheimer’s, a situation conducive on both their parts to frustration and confusion. For the boy, a new stage in their relationship begins when the grandfather gives him a key to nearby deserted Blackbrick Abbey, where he had once been employed. When Cosmo eventually enters this new world he finds himself immersed in the past of his family’s – and, more specifically, his grandfather’s – history, its murkier aspects included. “It’s amazing the things you can find out if you go to the past,” he says at one point, providing a neat summary of the themes of this thoughtful and touching novel.


Early in Deirdre Sullivan’s Improper Order (Little Island, €7.99), its 14-year-old narrator, Prim, records, “I must content myself with impossible crushes and melancholy daydreams, set to a power-pop soundtrack”. At first glance it may seem like a recipe for yet another diary-style account of contemporary teenage angst. But although there are “crushes” and “daydreams” in Prim’s life the book is so much richer than these details suggest. Prim has lost her mother in a car crash, her father has a new partner and, central to her story, she is one of a group of young teenagers caught up in an intricate web of social and romantic friendships and rivalries. Sullivan steers her heroine through these various traumas with tolerance, empathy and much good humour.

Robert Dunbar is a commentator on children’s books.