Understanding the Mafia, forgotten authors and a priest in Nazi Germany 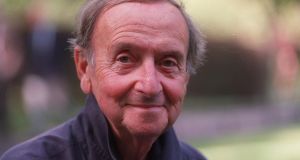 The Mafia: A Cultural History by Roberto M Dainotto

Having a long interest in Cosa Nostra, this book came to me at a good time, especially due to a recent discussion with a friend about The Sopranos. She was being hard on Carmela, Tony’s wife: “How could she put up with it so long?”

I responded, reasonably I hoped, “Well, you have spent the best part of four days in the same company. Having watched it all, you kept going back.”

Fascination with the Mafia is something Roberto M Dainotto digs into in this enjoyable and informative read. We are drawn to the traditions and history, while frightened by its brutality and ruthlessness. In answering why, Dainotto jumps from Garibaldi to The Godfather, and deconstructs works such as the excellent film Salvatore Giuliano.

Dainotto draws a portrait of the Sicilian and Sicilian-American Mafia and its evolution from land-control in south Italy to big business in the US. And he gives it astute cultural contexts, observing how a Mafia boss was similar to what many desired in the concept of the American dream. But he was also everything they feared.

The Book of Forgotten Authors by Christopher Fowler

Authors “can be ubiquitous, influential and massively successful only to disappear within their own lifetimes” and Christopher Fowler here rescues 99 from obscurity, however including RM Ballantyne (The Coral Island), Richard Hughes (A High Wind in Jamaica), Brian Moore (various) and TH White (The Once and Future King) among the forgotten is questionable. As well as chapters on each of the 99 authors, there are 12 interesting chapters on themes such as obscure novels that Disney turned into films, contemporary rivals of Conan Doyle and Agatha Christie that faded with time, forgotten Dickens’ novels and forgotten world novels, among which Cré na Cille features.

Among many fascinating vignettes are those of Pierre Boulle (The Bridge on the River Kwai and Planet of the Apes), Richard Condon (The Manchurian Candidate), Peter Nichols (A Day in the Death of Joe Egg), Bill Naughton (Alfie) and Keith Waterhouse (Billy Liar). Fowler is a prolific writer of detective novels and his choice of many crime writers reflects this interest (bias?) but he deftly summarises characters and careers with insight and humour.

I Will Not Serve: The Priest who said NO to Hitler by David Rice

The author, David Rice, journalist and former Dominican friar, has reached into Nazi Germany to put flesh on the bones of an obscure Austrian priest, Franz Reinisch, who was beheaded in 1943 for refusing to swear allegiance to Adolph Hitler. Rice has written a fictionalised biography with invented dialogue, which is always problematic. One debate among priests in Germany at the time was whether to use the jesuitical “mental reservation” while making a statement, much resorted to more recently by Irish bishops in responding to questions about the crimes of Irish priests.

Instead of keeping his head down, as other priests were doing, Reinisch excoriated the Nazis from the altar. Reinisch’s order, the Pallottines, wanted him to so swear and thus avoid execution for being disloyal to the Fuhrer. He decided, however, to be loyal to the gospels. Although the book is well written and a profile in great courage, the author’s claim in his note that this could be “the last true story to come out of Nazi Germany” is difficult to understand.