Twelve Thousand Days: A memoir nobody would want to write 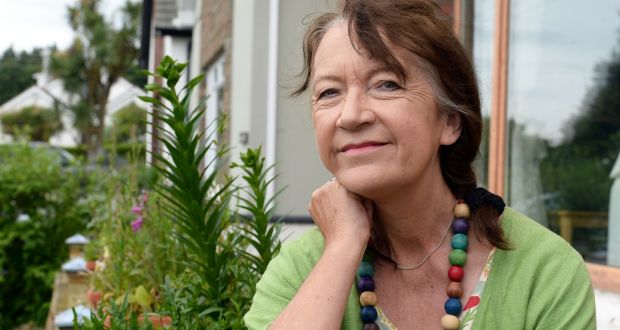 The death of a partner – or any loved one – is such a cataclysmic physical and emotional experience that it renders most people numb with shock in its immediate aftermath. While every loss is unique, it is often the case that, during the few first days, the grieving person is swept up in such a frenzy of activity – with a funeral to arrange and kindly neighbours descending, bestowing sympathy and casserole, there can be barely time to think. Almost unwittingly, while being buoyed forward by this wave of compassion, you somehow find the energy to make the urgent decisions any unexpected death brings.

But in this moving memoir – a meditation not just on the death but, equally importantly, on the fullness of the life of her late husband, the distinguished academic and folklorist, Bo Almqvist – Éilís Ní Dhuibhne speaks for many bereaved people when describing how, when this bulwark of kindness retreats as other people need to return to living their own lives, “grief dissolves you” as you confront the actuality that you are now essentially alone. Ní Dhuibhne writes: “my sense of transparency and hollowness increased. I felt as if I was made of paper, moving through the rooms like a shadow”. It takes her a year to stop obsessively reliving every detail of the final terrible week in her husband’s life and fixating on how she might have better stood up to the medical professionals charged with his care in Loughlinstown hospital – a shabby institution which must have reminded him of a 1940s hospital in his native Sweden. At times his treatment there would seem blackly comic – if it were not utterly tragic – in that public hospital which did not even possess a dialysis machine and where an argument between doctors over his deteriorating condition was exacerbated by the fact that one of them was studying the wrong case file.

I wish that her experience was an extreme exception but too many of us know of similar cases. As someone who was brusquely told by a senior doctor in an emergency department that I was only in his way and to stop bothering him, half an hour before my wife died undiagnosed on a trolley, I can concur with the questions that later torment Ní Dhuibhne and also echo her justifiable praise of the kindness of junior doctors and nurses forced to work in such conditions.

But while unafraid to address the inadequacies of Ireland’s health service, Ní Dhuibhne is wise enough to stalk her own life sideways. By this I mean that her memoir is also a work of loving reclamation, taking back possession of the totality of Almqvist’s life. Her great achievement in this affecting, intimate memoir is that she allows us myriad glimpses not just into their years of marriage but right back to her first impressions of him when she was a young UCD student, briefly engaged to be married to a callow fellow student, and he was a quiet-spoken professor, more than 20 years her senior.

To read a memoir by someone such as Frank McCourt is to feel immersed in the recollections of a writer fully at ease with a public retelling of his past. In contrast Ní Dhuibhne comes across as a private person who – but for the circumstances of her husband’s death – might have remained content to stay cloaked behind her impressive oeuvre of novels and stories.

But here she reveals a love story in all its human complications and shared moments of quiet. It is a love affair that almost never got started as her memoir deftly conjures up the Dublin in which she was raised, with its subtle and unsubtle pressures on young women to conform. One evocative passage recalls her first date with Almqvist and how she stood paralysed by indecision outside his flat, struggling to overcome her inhibitions about how people would view their age difference, until her sense of his essential goodness and his love for her allowed her to overcome these social conventions and take that first step forward into what became a new life for them both.

It is a life in many ways ordinary and yet rendered extraordinary here by this lyrical and tender account of the complexities of a life richly lived, a domestic world that might have remained hidden had her husband not been taken from her in circumstances that give rise to quiet fury. This is a memoir nobody would wish to ever have to write but the journey of loss it charts that will chime with readers who know the double-edged price of love: where one partner is always left behind to try to make sense of it all.