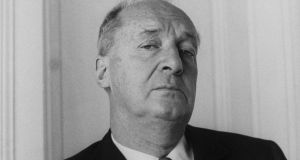 “I defy any pretty girl who is rocketed to world stardom at 15 in a sex-nymphet role to stay on a level path.” That’s Sue Lyon who played Dolores Haze in Stanley Kubrick’s 1962 adaption of Vladimir Nabokov’s Lolita looking back on her damaged life. Harm begetting harm. Sarah Weinman’s The Real Lolita sets the writing of Nabokov’s novel against the 1948 abduction and serial rape of 11-year-old Sally Horner by the paedophile Frank La Salle. The question posed is whether Nabokov was inspired by the Horner case. There are similarities and clues, planted or imagined, but they are superseded by all sorts of other questions, none of them comfortable.

Sally lived with her mother – no father in sight – as did the victim in Lolita, both families targeted by a predator. There are other factual parallels, although a debate about whether Nabokov followed the real story or not starts to seem beside the point. As if by proving that the Lolita story was entirely invented, Nabokov could set the narrative in the realm of art and qualify for special pleading. Weinman covers the ground. She looks to Nabokov’s tricksy sub-Joycean in-jokes. Is the reference to Lolita’s “florentine breasts” a sly reference to Sally’s legal first name of Florence? In Nabokov’s world, it might well be but tracking these clues feels unwholesome.

The stony facts of the Horner abduction stand in contrast to Nabokov’s overwrought narrative and Weinman covers this ground brilliantly. Sally was 11 when La Salle saw her steal a five cent notebook from a New Jersey store on a dare. He told her he was an FBI man. He infiltrated her family and friends, abducted her and travelled with her for two years, posing as father and daughter. Weinman sets Nabokov’s glittering refinements against the grit and menace of real story.

A matter of morality

Truman Capote would have nailed the Horner story. You’re in his world of trailer parks, empty lots, the petty larcenies and gaol time, the dark itineracy of the continental interior. People move on. People disappear. You don’t get the feeling that Nabokov grasped any of this but Weinman does. Frank La Salle was not a Humbert Humbert. There is no elegant straining at the moral fibre. La Salle was a void. A rapist and serial predator. No conscience gnawed at him in his prison cell. Weinman reaches out for more recent abductees. Elizabeth Smart. Jaycee Dugard. Natascha Kampusch. The litany of names demands something more you’d think, a turning away, but Lolita sold 60 million copies.

There’s no indication that Nabokov had other than a writer’s interest in his subject, although Weinman quotes Martin Amis: “Of the 19 fictions, no fewer than six wholly or partly concern themselves with the sexuality of prepubescent girls . . . is not a matter of morality; it is a matter of aesthetics. There are just too many of them.” But how can it not be a matter of morality? There is his chess-playing friendship with the creepy Bruno Lanz. You find yourself edging away from these people. You find yourself feeling sullied.

There was no real reprieve for Sally. When she was returned her mother said “no matter what she has done, I forgive her”. Her best friend in school, Carol Starts, said that the other pupils “looked at her as a total whore. . . no matter how you looked at it she was a slut”. That’s not to say that her mother’s grief was not wrenching nor did it derail the genuine friendship with Carol Starts. There is room for inconsistency in real lives.

Weinman’s writing is detailed, sharp, scrupulously researched. Her intellectual pursuit of Nabokov makes him appear to be in flight from charges that were never levelled. She’s drawn to Ruth Janisch, the trailer park neighbour whose suspicions led to Sally’s release. Janisch is promiscuous, volatile, damaged but she does the right thing without hesitation.

The late Gordon Burn talked about the presence of real evil in the courtroom during the trial of serial killers Fred and Rosemary West. Journalist and writer Niamh O’Connor spoke in similar terms about the trial of Graham Dwyer. Weinman grasps the tawdry anomie of lives blighted and torn by sexual predation, the pale faces in the glamourless shadows of abduction.

It is a disservice to Sally to describe her as elusive. Or to ascribe guilelessness or guile, ruin or openness to the face in the family snapshots. You simply don’t know who she was or might have been. There is a sense of something stalwart in her, a capacity for family and friendship but speculation beyond this risks adding to the damage.

In the novel the death of Lolita’s mother leaves Humbert free to pursue his desires, the death feeling plotted, improbable. Sally’s fate was also improbable but contained within the strange architecture of real lives. Just before midnight on Monday August 18th, 1952 the car she was travelling in ran into the back of a stationary truck. The tailgate of the truck penetrated the windscreen and crushed the girl’s skull. She was 15. Frank La Salle sent a spray of flowers to her funeral.