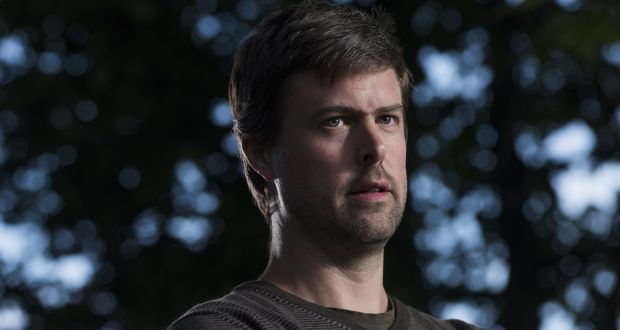 Turbulence is a slighter work, in every sense. It shares with All That Man Is a fluent internationalism, and a structure that plants it in a fertile borderland between the novel and the collection of stories. The earlier work comprised nine portraits of men around the world, passing by degrees from youth to old age so that a composite picture emerged of man in full. Although Turbulence is far shorter, it contains 12 sections, and they are linked in concrete rather than purely thematic ways. This time there are as many female characters as male.

The baton-passing structure traces 12 flights between cities around the globe, from Doha to Dakar, Sao Paulo to Seattle. The section titles denote the airports of departure and arrival: LGW – MAD; HKG – SGN, and so on. Like its predecessor, Turbulence is clearly not the work of a little Englander. Szalay has lived in Budapest for years, and his instincts are global, cosmopolitan, borderless. His characters have names such as Cheikh, Shamgar and Amir Bannerjee. Those who struggle to muster zeal for fiction set in drably familiar locales can rely on Szalay for the pleasures of armchair wanderlust.

Each section lasts seven or eight pages and permits us a glimpse into some crisis or other: an elderly woman whose son has prostrate cancer; a pilot tormented by sexual jealousy; a world-famous writer whose daughter is in labour. As each vignette unfolds, a secondary character is introduced who, in the subsequent section, will have cause to fly to another part of the world. A planetary image accrues of human life in intricate network, destinies linked along lines of transit, commerce, migration and technology.

Szalay works within the classical tradition of the short story, crafting epiphanies and heightened moments that throw light on a character’s past, present and future. Here is a woman who has just failed to prove worthy of a tragic day in her daughter’s life:

“She already knew that the significance of what had just happened would expand as time passed – would expand, in her own mind, and in Annie’s too, into something huge, into a major failure, of motherhood, of humanity, a defining event in their lives, from which neither of them would ever be entirely able to escape, whatever happened in the future. It was one of those events, she thought, that make us what we are, for ourselves and for other people. They just seem to happen, and then they’re there forever, and slowly we understand that we’re stuck with them, that nothing will ever be the same again.”

It’s powerful stuff. The problem is, a few such arresting moments aside, the sections are so brief that we don’t get time or space for the characters’ crises to wholly captivate our sympathy. At its weakest – for example, when a pilot recalls his sister’s drowning in childhood – it comes across as melodrama, an appeal for unearned emotion.

There is enough deftness of portraiture and incisive writing to make Turbulence worth the time of day, but the best way to regard this book is as a stepping stone, an exercise to maintain authorial fitness between one major work and – let us hope – the next.

Rob Doyle’s most recent book is This Is the Ritual, and he is the editor of the anthology The Other Irish Tradition