Brief reviews of Crazy For You; Europa28: Writing by Women on the Future of Europe; Ian Fleming: A Personal Memoir; A Good Man; Death is Hard Work and Mother: A Memoir 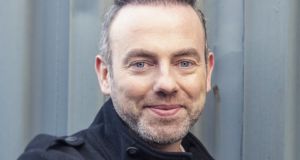 Domhnall O’Donoghue’s Crazy For You is a madcap tale and the perfect quarantine escape.

Crazy For You
By Domhnall O’Donoghue
Mercier Press, €16.99

Hard-working actor Clooney Coyle has longed for fame since childhood but when an unlikely and increasingly problematic relationship catapults him into the limelight, he struggles to deal with the unexpected – and murderous – consequences. O’Donoghue is an actor himself and his portrayal of the existential insecurities that usually inform that profession is particularly insightful and tremendously funny. His characters are convincingly drawn and his plot, while very much a rollercoaster ride, is fabulously diverting. The strange and intense relationship that develops between Clooney and his femme fatale Vonnie is the literary equivalent of car crash TV – you simply can’t look away. Genuinely hilarious, charmingly intelligent and as light as a quarantine escape needs to be, this well-executed madcap tale might give you the break from reality you’ve been looking for. – Becky Long

The European project has, from its postwar inception, been perceived as worthy yet problematic, an aspirational democratic ideal weighed down by its own bureaucracy. What does it mean to be European now, in the midst of Brexit negotiations and the rising tide of nationalism across the continent? Actor Lisa Dwan writes on Ireland, in an essay that encompasses personal experience, literary musings and political reflections. The actress is well known for her intensely creative interpretations of the writings of Samuel Beckett and her essay brings a visceral and emotive perspective to the question of Ireland’s relationship to Europe, as well as its notions of itself. A showcase of essays, fictional pieces and short plays, the anthology provides a literary platform for 28 insightful, pragmatic and enlightened female voices from the spheres of art, science and business. – Becky Long

From the title one would assume that this is a memoir of Bond creator Ian Fleming. However, from the very outset, we gather that it is the memoir of a friendship struck up in London before the second World War which endured for decades. Harling himself is a fascinating character – typographer, topographer, newspaper designer, mariner and intelligence-gatherer, author and magazine editor. He was also a splendid writer and this book clips along with witty anecdotes of derring-do, romantic assignations and encounters with figures who shaped present-day Britain and European media, politics and society. Fleming is variously described as a depressive and a despot with an explosive laugh, and Harling’s affection for him is clear, his loyalty never wavering. An absolute delight of a read. – Claire Looby

“Deep down, I knew my girls would be better off without me, just as my family had been better off without my father.” Thomas Martin is a good man. He works hard in a promising career in a Manhattan advertising firm; he has a solid marriage and a loving relationship with his daughter; he believes it’s his responsibility to keep all of them happy and secure. Thomas narrates the tragedy that destroys his family, trying to reconcile himself to horrific events. An unsettling tone and sense of apprehension combine with a creeping unease in this novel, which has the pace and tenor of psychological suspense. It engages with the ideas of a Manichean universe in its delicate vein of Tannhäuser, the opera about the fight between good and evil, which runs throughout: a chilling read. – Ruth McKee

Death is Hard Work
By Khaled Khalifa, translated by Leri Price
Faber and Faber, €9.99
Abdel Latif’s dying wish is to be buried beside his sister outside Aleppo. In war-riven Syria this is more than a duty his youngest son Bolbol must carry out, but a dangerous odyssey. Accompanied by his brother and sister, they travel with their father’s body towards their ancestral village. This is a brief, stunning book set against the backdrop of the barbarisms and absurdity of sectarian fighting. It is about the ties that bind, about missed opportunities, especially in love. “Discovering love is like seeing a bouquet floating down a river. You have to catch it at the right time, or the river will sweep it away.” Permeated with the timbre of its original Arabic, it’s a story told with wisdom and occasional humour, about desires crushed and hopes rekindled: lyrical, eviscerating, beautiful. – Ruth McKee

This is not a conventional chronological memoir – instead offering snapshots as it tries to capture fleeting impressions of events, people, sights, sounds, smells etc. It is poetic, philosophical, a moving celebration of mother-child relations. The author’s mother, an egalitarian, mainly self-taught and a voracious reader, instilled in him a love of literature and animals that formed his character and career. She was a nurse and this causes him to muse on her great “patience” and care for her “patients” (wordplay is prevalent): “She nursed whatever she looked on”. The loss of her younger son to cancer at 27 triggered Alzheimer’s in her and this double tragedy occupies much of the book. The tone is often elegiac but there are many other moods as well as the mother’s multifaceted nature is recalled. – Brian Maye