Tone control: ‘Give yourself permission to fail’ 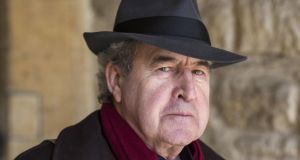 John Banville: ‘For my Banville novels, the question of voice and point of view hardly arises, since they’re all in the first person. The Benjamin Black books are entirely in the third person, which allows for multiple points of view.’ Photograph: David Levenson/Getty Images 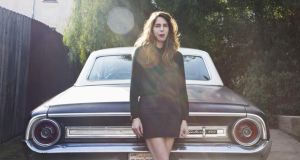 Rachel Kushner: ‘For me, everything about the telling is guided by tone. It’s a bit mysterious, it’s either there or it isn’t.’ Photograph: Ann Summa/The New York Times 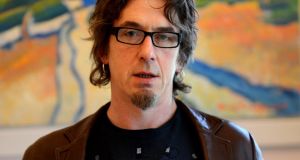 If character and plot have their own solid, architectural structures, one of the most intangible elements of a story, for many writers, is tone. The chord or mood a novel strikes can be hard to define, but Peter Murphy and Rachel Kushner describe it in very similar terms.

Murphy is the author of John the Revelator, and his second novel, Shall We Gather at the River? has just been published in paperback. “Of all the components of a novel, voice is probably the most mysterious,” he says. “It’s like someone whispering in your ear, and for me it’s the thing that comes first. Voice is character. Character dictates story. I’ve a soft spot for scuffed, idiosyncratic voices. My first book John the Revelator was all about tone, and the voice-overs in Terrence Malick’s films Badlands and Days of Heaven were a big influence.”

American writer Rachel Kushner is the author of Telex from Cuba and the award-winning novel The Flamethrowers. In the latter she explores continents, commerce, art and machinery. Tone is what binds this impressive book together.

“For me, everything about the telling is guided by tone,” says Kushner. “It’s a bit mysterious, it’s either there or it isn’t. Tone is somewhat totalising, in that once I locate it, it tells me what kind of syntax to use, what word choices to make, how much white space to leave on the page, what sentence length, what the rhythmic patterning will be. If I can’t find the tone, I sometimes try narrating through the point of view of someone else.

“I try until I find it, and when I do, that point of view – whichever one has a propulsive energy to it – is the narrator.”

John Banville has even more scope to play around with voice, given his dual writing identities. Ancient Light appeared under his own name in 2012, and last year he published Holy Orders, his seventh novel as Benjamin Black. Most recently, he experimented with the voice of Raymond Chandler in The Black-Eyed Blonde.

“For my Banville novels, the question of voice and point of view hardly arises, since they’re all in the first person. Even early novels such as Doctor Copernicus and Kepler, although ostensibly in the third person, were really first-person narratives. The Benjamin Black books are entirely in the third person, which allows for multiple points of view. However, the narrative method of these books is wholly functional – they are craft works, without overt literary pretension – and directed exclusively towards establishing the characters and driving the plot forward.”

Many first novels are written in the first person, often because they contain a huge amount of autobiography. Deciding who tells your story and from what point of view can influence every other aspect – plot, character, style – of a book.

Is that God talking?

Murphy calls the omniscient third person narrator “the God voice. Third-person can be sweeping, cinematic, like an overhead crane shot, while first-person can be conversational, slippery, totally subjective. Free indirect speech – where the narrative is in third person but is fluid enough to flit in and out of the characters’ psyches – can be a really flexible way to tell a story.

“I used it a lot in Shall We Gather at the River? The Grapes of Wrath switches register every other chapter, flitting between biblical landscape description and Oklahoma lingo. Don’t be afraid to try different approaches. Give yourself permission to fail.”

Even the most experienced writers encounter tonal problems, and retracing your steps can help to unearth issues. Banville describes the difficulties that can arise. “In the Banville book I’m currently writing, I began to write a section in the form of a letter written by one of the characters. After a few thousand words I decided to go back and read what I’d written, and was appalled by how bad it was, precisely because the tone was wrong. So bad was it, indeed, that I scrapped the idea of the letter altogether. Sometimes the only cure is amputation.”

Discord between story and tone

There is “no story” without tone, says Rachel Kushner, but she believes a discord between both might be useful. “The interaction between the two matters, but to me, each doesn’t really exist independently of the other, so I’m not ever faced with a situation where the tone is wrong for the story, or the story wrong for the tone. They are two parts of one thing.”

Tone is both trunk and branch: it can apply to an entire book, or specifically to how one character speaks. Murphy advises writers to use their experience as well as exercising caution. “There’s often the temptation to Oxford-ise your prose style and send it out into the world wearing its Sunday best. Beware of writing in your great-auntie’s ‘telephone voice’. If you write in a dialect that’s close to the region where you grew up, you can draw on a store of original language and phraseology no one else has access to.

“Also, beware of introducing too many characters all of whom speak in the same register. If you have a large cast, it can be difficult to make all the characters live and breathe. One of the things to watch out for with first-person narrative is consistency. Keep going back to those first few pages and make sure that the rest of the book is faithful to the tone you’ve established at the start.”

If you find the right voice for your book, your characters will tell the story you want them to. Equally, the tone can be a beacon that guides writers through their own narrative.

How to Write a Book continues each Monday