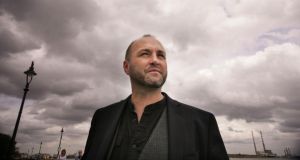 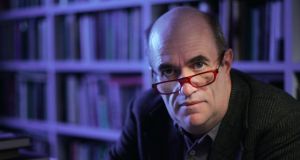 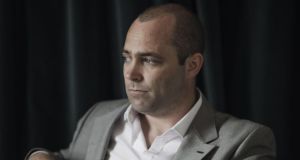 One of Britain’s most consistently original novelists, Jim Crace, emerged on the publication of his “final” novel, Harvest, last spring as an early favourite to win this year’s Man Booker prize.

He remains on course with yesterday’s announcement of the interesting 13-strong longlist.

There are three Irish writers on the longlist: best-selling literary authors and former Impac winners Colm Tóibín and Colum McCann, as well as debut novelist Donal Ryan for his all-too-accurate multi-viewpoint study of recession Ireland, The Spinning Heart.

But Crace’s atmospheric 11th novel of medieval England, written in a physical prose intended to evoke language as fresh as it would have been to Shakespeare, possesses a magisterial ease that should make it difficult to beat.

That said, Tóibín, who has become a ubiquitous presence on most literary award lists, has with The Testament of Mary written, in an intense 104-page narrative, the story generations must have speculated over: what did the mother of Jesus think about her son’s destiny? The silent woman weeping at the foot of the cross has finally been given a voice and, with it, understandable candour and anger.

Opening sequence
The strength of McCann’s TransAtlantic, a celebration of the historical bonds and coincidences that link Ireland and the US, lies in the bold opening sequence, which follows British airmen Alcock and Brown, whose first non-stop transatlantic flight from Newfoundland to Ireland ended in a bog near Clifden.

Crace and the Irish trio also face the challenge of Jhumpa Lahiri’s new novel, The Lowland. As in her previous work, Lahiri, who regards William Trevor as her literary mentor, explores her central theme: family. Lahiri, born in London of Bengali parents, won the Pulitzer Prize for her first collection, Interpreter of Maladies, and the Frank O’Connor International Short Story Award for her second, Unaccustomed Earth. Her quiet, dignified and perceptive work is invariably compelling.

Also persuasive is Ruth Ozeki’s third book, A Tale for the Time Being, in which a lunchbox washed up on a beach contains a diary. It is a novel for all ages and Ozeki’s defies time by openly confronting it.

Zimbabwean Elizabeth Tshele, who moved to the US when she was 18, adopted a singular pen name when choosing NoViolet Bulawayo. Her novel, We Need New Names, consolidates the success of her short stories. She is the only African writer on the longlist.

Malaysian writer Tash Aw was selected for Five Star Billionaire. His first novel, The Harmony Silk Factory (2005), was critically well reviewed yet never received the acclaim it deserved. Map of the Invisible World followed in 2009. He is the kind of writer who should win prizes.

Even longer is The Luminaries, a tour-de-force second novel from the young New Zealand-based Eleanor Catton. It is a Victorian thriller romance that may well have the biggest impact of the seven novels by women on the longlist.

Charlotte Mendelson’s Almost English may have too many echoes of Marina Lewycka’s theme of cultural assimilation to stand alone as a novel about a young girl growing up in London with her Hungarian family. It is difficult to see how Mendelson made the longlist while Gavin Corbett’s This Is The Way did not.

Eve Harris and her debut novel, The Marrying of Chani Kaufman, are the sole representatives of small independent publishing; Sandstone Press takes it place among the giants.

Alison MacLeod, well established as a short-story writer and author of The Changeling and The Wave Theory of Angels, is included for Unexploded.