This Must Be the Place by Maggie O’Farrell review: loss and being lost

In this tender, thoughtful novel, the lyrical writing is full of grace but never feels forced or affected. O’Farrell also has a gift for creating whole characters in just a few pages 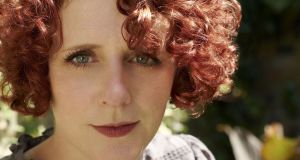 Book Title:
This Must Be The Place

Maggie O’Farrell’s brilliant new novel begins in 2010 with a man standing at the back door of a house in rural Donegal. “There is a man,” we are told. “There is a man and the man is me.” “Me” is Daniel Sullivan, a US academic who has ended up living in the most remote part of north-west Ireland with a beautiful, eccentric woman who used to be one of the biggest film stars in the world. The woman is Daniel’s second wife, Claudette, and in the 1990s she took her young son and walked away from his film director father and her old life. As far as the public is concerned, Claudette Wells vanished without a trace, becoming “one of the most speculated-about enigmas of our time”. They don’t know that she is living in a former hunting lodge with Daniel and their two children.

Being married to a reclusive legend isn’t the only complicated element of Daniel’s life. He has a son and a daughter in California whom he loves but hasn’t seen for years. And, in his past, there was Nicola, a woman he never talks about but whom he has never forgotten. Daniel is about to leave for New York – his first visit to his father in years – when he discovers that Nicola died shortly after his relationship with her came to a fraught end in the 1980s. It’s a discovery that destroys his equilibrium, and as he delves into his old relationships, he moves further away from his life with Claudette in Donegal, not realising quite how far he might go.

Over the course of many vignettes, each focusing on a different time and place, This Must Be the Place constructs Daniel and Claudette’s story through not just their own eyes but the eyes of people around them, from personal assistants in LA to an English stranger met on a South American bus. The narrative jumps back and forward in time, and the effect is that of a complex but perfectly constructed machine, with every part pushing those around it in just the right direction. And every so often O’Farrell drops an emotional bomb on the reader, forcing the story into unexpected shapes.

Throughout the book O’Farrell experiments with form – the chapter told from the point of view of Daniel’s eldest son Niall is full of footnotes, a literary concept that Niall has just discovered; Claudette and her director partner Timou’s relationship is revealed through an illustrated auction catalogue of Claudette Wells memorabilia, which does feel like an imitation of Leanne Shapton’s book Important Artifacts and Personal Property from the Collection of Lenore Doolan and Harold Morris; the first chapter that shows Claudette’s point of view is actually written in the second person. This could all come across as gimmicky, but O’Farrell is too skilful. Her lyrical writing is full of grace but never feels forced or affected.

She also has a gift for creating whole characters in just a few pages. Even those who pop up for a single chapter feel like real people who could carry longer stories: the British diplomat’s wife who ends up travelling around South America, Daniel’s English college housemate who witnesses his relationship with Nicola and, memorably, Daniel’s late mother, whose chapter reads like a perfect, tragic love story.

As for the couple at the heart of the book, Claudette could have been a stereotype – the troubled, possibly crazy actress, unable to bear the burden of fame (she’s half-French, too, which adds to the potential for cliche). And yet she always feels like a real person, whose actions make sense to herself and, in a way, to the reader. Claudette’s unlikely relationship with Daniel is also convincing. After their marriage has begun to unravel, she tells Daniel that she doesn’t know what to say to him. He is horrified to see how far apart from each other they have drifted: “No, I want to cry out, please know what to say to me, you always do.” Daniel is deeply flawed – as a husband, as a father, as a son – but he’s also lost, constantly trying to find his rightful role.

In fact, this is a book not just about being lost but about loss – loss of love, of freedom, of family, of the life you thought you were going to lead. Everyone is missing something. Throughout this tender, unsentimental novel, the characters stumble, drift and struggle their way from one mess to another, always hoping that this must be the place. The place is home.