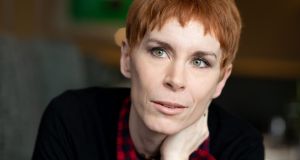 In the opening scene of Tana French’s superb new novel, a young man called Toby Hennessy is having a drink with two old friends. Toby works for an art gallery, where he recently found himself embroiled in a colleague’s attempt to present his own work as that of a mysterious anonymous working-class Dublin street artist. When their boss found out about the deception, it could have been the end of Toby’s career. But Toby has managed to talk his way into a second chance. Why? “Because I’m a charmer,” says Toby, half joking, half not.

His friend Dec, however, disagrees. He points out that Toby was able to stay calm when he talked to his boss because, as someone living in a flat bought for him by his parents, he knew he’d be fine whatever happened. It was the same at their private school, where Dec was a scholarship pupil and lived in fear of getting expelled for the same pranks that Toby just shrugged off. “You’re a lucky little prick, is what you are,” says Dec. “That’s all. Just a lucky little prick.”

What does it do to someone, being a lucky little prick? What does it do to his sense of empathy, his awareness of the world around him? That’s one of the many questions French explores in The Wych Elm. Toby can’t argue with Dec’s accusation; as he says in the book’s opening line, “I’ve always considered myself to be, basically, a lucky person.” He’s intelligent, good-looking, the child of an affluent, loving family. He’s a straight white man. He may not have ever thought about all this, but the world is set up for people like him. Until the moment, just a few hours after that chat in the pub, when his luck runs out.

Intruders break into Toby’s flat and administer a savage beating that leaves him psychologically and physically traumatised. He goes from being someone who always got what he wanted to someone who struggles to walk upstairs, follow a complicated conversation or finish a coherent sentence. He takes refuge in the south Dublin house that once belonged to his grandparents and is now the home of his Uncle Hugo and a general family hub. But when a mysterious skeleton is discovered wedged inside an ancient wych elm in the Ivy House garden, Toby and his family find themselves the subject of a police investigation that threatens to utterly disintegrate Toby’s now fragile sense of self.

Toby is a particularly fascinating unreliable narrator, not simply because the reader can’t trust him, but because he can’t trust himself. He genuinely doesn’t know if he had something to do with the body in the tree; large chunks of his memory are hazy. But as the book goes on, it becomes clear that even before the accident, Toby didn’t always notice the darkness in the corners of his perfect world. As a privileged, confident boy, he didn’t have to. Now, however, he does.

It would have been easy to document the effects of luck and privilege – and the loss of those things – on a character who is straightforwardly unpleasant and smug, whose life-changing injuries feel like a comeuppance. It’s much more interesting and emotionally engaging to see what living a life of ease does to a character who is, in his own way, good-natured and generous. French examines what makes a person who they are, and the answers can be unsettling for both Toby and the reader.

The Wych Elm is a slow burn of a novel. As ever with French’s books, the narrative is always driven by the characters rather than the exigencies of a traditional crime plot, and after Toby’s horrific attack, the author delves deep into its effects on both his own psyche and his relationships as his brain and body slowly heal. It’s a testament to her skill as a writer that the part of the book that documents Toby’s slow path towards something like the truth, about the crime and himself is just as compelling as the more overtly dramatic sections.

This is French’s first stand-alone book, after six novels centred on various members of the fictional Dublin Murder Squad. Fans of those emotionally complex thrillers will not be disappointed; French is just as good at documenting the experience of being investigated by the police as she is at exploring the investigators. Her dialogue has always been superb; she has a perfect ear for the way real people, in particular real Irish people, actually speak, and even her most harrowing books are leavened by wit. The Wych Elm is no exception. It’s a reminder, especially to those who still dismiss crime fiction as a cheap thrill, that French is one of this country’s very best novelists.