The Wrong Side of Goodbye review: One of US crime fiction’s great detectives 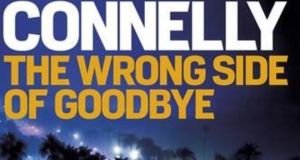 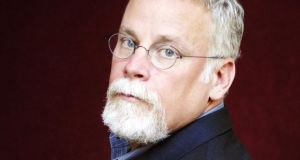 American writer Michael Connelly, his detective, Harry Bosch, is ‘always on the right side of things’. Photograph: Ulf Andersen/Getty Images

Book Title:
The Wrong Side of Goodbye

Chances are that if an American crime novelist uses the word “Goodbye” in the title of a novel, the intention is to pay homage to Raymond Chandler and his masterpiece The Long Goodbye. When said writer is Michael Connelly, who has often spoken about the debt he owes to Chandler, the chances improve significantly. The Wrong Side of Goodbye, however, owes more of a debt to Ross Macdonald, the author of The Goodbye Look, whose private investigator Lew Archer inherited the mantle of American fiction’s premier private eye from Dashiell Hammett’s Sam Spade and Chandler’s Philip Marlowe.

For most of Connelly’s Harry Bosch police procedurals – this is the 21st in the series – Bosch was a LAPD detective, albeit one who was the kind of authority-defying loner who harked back to the “knight errant” of classic private detective fiction. Now semi-retired, and working as a private investigator, Bosch is summoned to the mansion of 85-year-old billionaire Whitney Vance, where he is commissioned to find a woman – who may not even exist – whom the younger Vance “left on the wrong side of goodbye”. What follows is a story that will be pleasingly familiar to Ross Macdonald’s fans: a wealthy family with skeletons dancing a fandango in the closet as Bosch picks his way through a maze littered with dirty secrets and lined by a billion-dollar fortune nourished by the blood of innocents.

While the novel functions as a satisfying homage to Ross Macdonald, Connelly also weaves a more contemporary plot into his story. In tandem with his freelance activities, Bosch is also working part-time as a reserve police detective for the tiny San Fernando PD, where he is pursuing a serial rapist with a very unusual MO. The position of reservist is small beer by comparison with his previous rank and status with the LAPD, but one of Harry Bosch’s most appealing features is his unswerving commitment to the vocation of criminal detection: “It didn’t matter if his turf was two square miles small or two hundred square miles large. He knew it was about cases and about always being on the right side of things.”

Those parallel plots are absorbing in themselves, but Connelly’s best-selling success is built on an understanding of the symbiotic relationship between plot and character. Hieronymus “Harry” Bosch is one of the most aptly named protagonists in crime fiction, an eagle-eyed observer of fearsome landscapes who is unafraid to peer into the abyss and report back on the horrors therein. Formerly a journalist, one taught by Harry Crews and shortlisted for the Pulitzer Prize, Connelly eschews the more flamboyant excesses of Chandler’s celebrated style and gravitates more towards that of Ross Macdonald as he drives his parallel plots onwards with clear, crisp and precise prose. Bosch’s daughter Maddie and his half-brother “broheim” Micky Haller, aka the Lincoln Lawyer, reappear in The Wrong Side of Goodbye, but there’s no flab here, no sense that Connelly is manufacturing cheap emotional responses for the sake of narrative shortcuts. Bosch certainly cares, about those he loves as much as the job he does, but he remains rigorously unsentimental, and it’s for the reader to read between the lines and plumb the unspoken depths.

Ultimately, Harry Bosch is one of American crime fiction’s great detectives, the latest in a line that descends from Sam Spade to Philip Marlowe, from Lew Archer to James Lee Burke’s Dave Robicheaux. It is, as Connelly suggests towards the climax of The Wrong Side of Goodbye, because the burning desire to be “always on the right side of things” is written into Bosch’s very DNA. “He knew that in his internal universe there was a mission etched in a secret language, like drawings on the wall of an ancient cave, that gave him his direction and meaning. It could not be altered and it would always be there to guide him to the right path.”

Declan Burke is an author and journalist. He is the editor of Trouble is Our Business (New Island), a collection of new stories from Irish crime writers.