The Trespasser by Tana French review: a procedural with added animal spirits 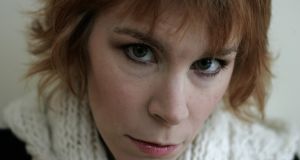 In the prologue to The Trespasser, Tana French’s enthralling new thriller, a woman recounts the stories her mother used to tell her about her absent father: that he was an Egyptian prince, or a Saudi Arabian medical student, or a Brazilian guitarist. And when we begin to learn a little about Aislinn Murray, discovered dead in her World of Interiors Stoneybatter house, we find that she was haunted by the childhood disappearance of her father. But the woman in the prologue is not Aislinn; it’s Det Antoinette Conway, partnered once again with Stephen Moran, the duo at the heart of French’s 2014 private girls’ school tour de force, The Secret Place.

This time, Conway narrates, and the psychological damage that results from non-fairytale-style paternal abandonment is central to our understanding of both victim and detective: there’s a damaged, volatile quality to Conway throughout, a sense that she is on explosive emotional ground as the rigours of the case chime with her secret history.

As is usual with French, The Trespasser sets off like a straightforward, if uncommonly well-written, police procedural: crime scene, technical examination, interviews with best friend and boyfriend/chief suspect, pressure from above to get the “solve”. Even the self-righteous crime reporter with an uncanny knowledge of Conway’s movements, and the superintendent’s insistence that Conway’s team finds room for a senior detective who may or may not have the best interests of the case at heart, are familiar tropes. And while the pen-pictures of minor characters are deftly sketched, the principals depicted in acute detail and the pithy dialogue seethes and roils, none of this is unique to French.

Why then are her Dublin Murder Squad series of books such utterly absorbing and immersive reads? In part, it’s down to creative licence: this is realistic fiction with a finely drawn sense of place, but there is no such thing as the Dublin Murder Squad, and if there were, it’s unlikely it would be in Dublin Castle. Somehow this enhances the authority of French’s fictional world, making it more credible than a slavishly literal take. In part, it’s because French’s flair for telling her story at leisure, sometimes seemingly in real time, becomes strangely mesmerising, in the manner of “slow TV” such as The Killing. But mostly, it has to do with what the novelist Allan Massie calls “animal spirits”: that essential charge that galvanises all the elements of fiction into intense life.

French has this in such abundance that it even becomes a component of the narrative, whether it’s Conway comparing her arrival at the crime scene to “a gladiator walking towards the arena, a few heartbeats away from a fight that’ll make the emperors chant your name”; or personifying the very energy in the incident room “like a bad-boy lover, speeding up my heartbeat every time it bobs to the surface, beckoning and menacing. The wicked grin of it keeps me working flat out.” French trammels the passions and drives and dark forces of the case, and renders them in vivid, surging prose: this is her gift.

It’s been said that the books are too long, and yes, there’s a point in each of them when I feel I’ve had too much time to weigh the outcome and I think a hundred pages could go with ease. And yet, when I only have a hundred pages to go, it isn’t nearly enough; I just want to stay in this world with these characters for as long as possible. That’s a rare quality in a novelist. Tana French has it, and it’s why readers love her books so much.

Declan Hughes is the author of the Ed Loy series. His latest novel is All The Things You Are