The Transmigration of Bodies review: A playful slide into the inferno 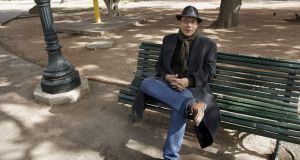 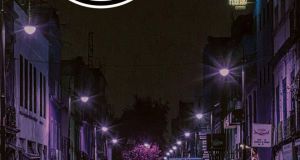 Book Title:
The Transmigration of Bodies

You can smell the scene: the heat outside adding to the rank, stuffy room, with a soundtrack of buzzing mosquitoes busy doing their rounds. The first sighting of our hero is of a hungover human wreck lying prone, “feeling it was going to be an awful day. He had no way of knowing it already was, had been for hours, truly awful, much more awful than the private little inferno he’d built himself on booze”. Meet the Redeemer. From the first paragraph it appears likely that the gifted Mexican writer Yuri Herrera is about to deliver, again. And he does

Signs Preceding the End of the World (2009), Herrera’s first book, which was published in English last year, was not only a triumph for story in a daring noir narrative which broke all the rules and perhaps made up a few of its own; it was also startling in its topicality and polemical intent regarding US-Mexico border tensions. It highlighted, too, the art of literary translation, as Lisa Dillman investigated, with forensic brilliance, the various linguistic registers used by Herrera. By inspired and deliberate coincidence, Makina, the heroine, entrusted with finding her brother, is a bridge between cultures and also languages. When not on important missions which involve travelling to the much larger, strangely unhappy neighbouring country – no guessing where that is – she mans the village switchboard, “the only phone for miles and miles around”. She knows the contrasting languages: “Makina spoke all three, and knew how to keep quiet in all three, too.”

Her story is dramatic and, in her, Herrera, who is a worthy heir of Juan Rulfo, author of the innovative postmodernist miracle Pedro Páramo, creates a new style of Mexican heroine who is also shaped by the traditional roles of women. For all her feistiness and resourceful responses, Makina is a daughter dutifully obeying the wishes of Cora, her kindly mother, who has written a note for the absent son. It is this scrap of paper that Makina takes with her on her mission.

Her journey is mythic: her courage is tested on a bus; she endures; then she must ford a river, and her successful crossing is determined by chance alone. Once she arrives in the US, a land populated by angry police and people in hiding, her mission ends with an unexpected discovery. She is then arrested as one of a group of illegal immigrants. One of them is holding a poetry book, which attracts the sneers of the policeman: “Lookie here at the educated worker, comes with no money, no papers, but hey, poems. You a romantic? A poet? A writer?”

He orders the man to write a poem, but the prisoner is terrified and drops the pencil. Makina grabs it and writes a powerful speech: “We are to blame for this destruction: we who don’t speak your tongue . . . We who don’t come by boat . . . We who come to take your jobs . . . who long to work long hours. We who fill your shiny clean streets with the smell of food . . . who deliver your dope . . . We, the ones who are waiting for who knows what . . .”

The Transmigration of Bodies (published in Spanish in 2013) is a novella in nine dramatic acts loaded with images, moments suspended in time that evolve into an extended dream, or rather a cautionary tale. Makina tightrope-walks through an underworld – more afterworld – where drug barons decide who lives, who dies, and no one really cares. Nothing is quite what she first suspects: the pregnant woman sitting under a tree is neither resting nor pregnant; she is a rotting corpse.

The book is similar to Herrera’s debut novel, in that it, too, could as easily be a movie from his countryman, the director Alejandro González Iñárritu – yet it is also very different.

There is a lightness of touch. And while Makina is formidable, daring, even intimidating, the Redeemer – a fixer summoned to clean up the messes people, largely criminals, make in their inter-gang dealings – is world-weary, beaten but very aware that reason can prove more effective than violence. Early in the narrative, as he sits on his bed, he ponders. “What worried him most was not knowing what to fear; he was used to fending off the unexpected, but even the unexpected had its limits; you could trust that when you opened the door every morning the world wouldn’t be emptied of people.”

The Redeemer is likable, a bit of an opportunist, a bit of a romantic, and he knows how to manage people; he must, as he is still alive. Imagine the Spanish actor Javier Bardem in the role.

The old certainties have vanished though. Herrera wants to amuse us, but also to make us reflect. This is a world sliding into hell. He often introduces the theme of holes opening up in the ground, of the earth collapsing inwards. Now, in addition to routine violence and tribal hatreds, the Redeemer is faced with a plague that has descended. Initially it seems quite funny as the Redeemer, aware he is the sort of guy who will destroy a nice new suit as soon as he puts it on and who seems capable of drinking from the toilet, is unlikely to worry about insect bites. But suddenly he is thinking about buying a mask to protect him from germs.

The new demon is an Egyptian mosquito. When its picture is flashed on a newscast, the woman with whom the Redeemer has been sexually engaged remarks on its determined appearance.

An assorted cast of half-hearted baddies rolls in and still Herrera is content to parade his comedic panache. But suddenly it’s not all fun and games and mosquitoes; it is deadly serious, with the Redeemer going in search of a missing youth named Romeo, whose disappearance is soon followed by that of a young girl.

The two teenagers belong to warring families, not through violence but because of the plague. It is Romeo and Juliet for our times; all the futility is conveyed. Then the theme switches to that of the Greek tragedy Antigone. Bodies have been claimed and are being held, only to be returned.

Readers of Signs Preceding the End of the World will also probably have experienced Roberto Bolaño’s world, which makes it unnecessary to urge you to read The Transmigration of Bodies – because you already will have. The author of playful, prophetic, unnerving books that deserve to be read several times, with dialogue so telling it eats into your brain rather like the worm in the Redeemer’s preferred mescal, Herrera is a writer for our doomed epoch.

In Dillman, he has a translator prepared to peel through the layers. This novella is part of a black, exciting trilogy in mid-flourish – how much longer will we to have wait for the next instalment?