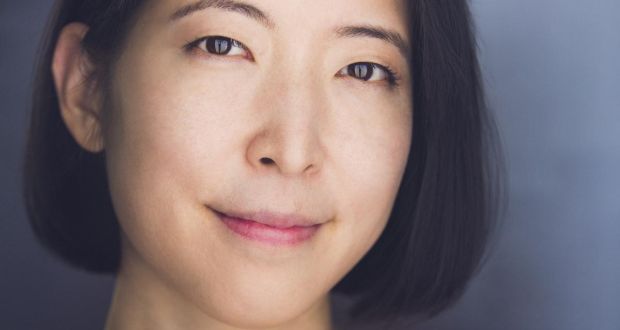 Catherine Chung has already made a name for herself with her debut novel, Forgotten Country

“I suppose I should warn you I tell a story like a woman: looping into myself, interrupting,” says Katherine, the narrator of The Tenth Muse, before going on to tell her story in a deft, elegant style that instantly captivates the reader.

Looking back on her life, and her career as a renowned mathematician, Katherine’s story spans much of the 20th century and takes in postwar America, Bonn in the 1970s, the life of a recovering soldier in France in the middle of the second World War, and at the other side of the world, the plight of the comfort women of southeast Asia. In the hands of a lesser author, the narrative strains would struggle to cohere, but Chung manages her plots and subplots with the precision of a mathematician meticulously piecing together different parts of a puzzle.

The title, and short prologue, are a nod to the book’s wider achievement in mixing fiction with historical fact. The 10th muse, in Chung’s world, is the one who got away to pursue her own interests and develop her own mind. Early chapters show us the similarities with a young Katherine, a girl marked out by her intellect in a school where certain teachers want her to hide it: “The first thing I remember being said of me with any consistency was that I was intelligent – and I recognised even then that it was a comment levelled at me with as much disapproval as admiration. Still I never tried to hide or suppress my mind as some girls do, and thank God, because that would have been the beginning of the end.”

Katherine’s home life also marks her as an outsider. Her father is a kind but cagey veteran and her aloof, ethereal mother is Chinese in a country still overtly hostile to people of Asian descent in the aftermath of the second World War. In young Katherine’s love of science and maths, and her yearning for more connection with her mother, there are strong overtones of Jenny Offill’s wonderful debut Last Things.

Chung has already made a name for herself with her debut novel, Forgotten Country, which won an honourable mention for the Pen/Hemingway Award. She was also a Granta New Voice and a 2014 National Endowment for the Arts Fellow. She is a fiction editor at Guernica, and lives in New York.

In Katherine she has created a most memorable heroine, a sympathetic, mesmerising voice who tells a deceptively simple story centred on identity and a never-ending quest for knowledge and truth. Each of the narrative strains echoes each other. On a personal level Katherine longs to find out more about her mother, who leaves the family one day without warning. Even years later, when she tours the world as a mathematician, Katherine feels her absence: “To look out at the audience and see the answer to a lifelong question: Are you out there? Are you listening? Am I alone?”

With so many mysteries in her home life, Katherine finds solace in her profession. Throughout the book, Chung includes real maths equations and puzzles for the reader, weaving them into the plot, as with her moving love affair with her professor Peter Hall, which starts when she solves one of the foundational problems of modern cryptography. This involves two lovers on the opposite banks of a river, two locked boxes, two keys, a ring and a thief. Chung cleverly withholds the answer until later in the book (though anyone who knows the riddle about the fox, the hen and the bag of grain should crack it).

The wider themes of her novel are also interesting. From the beginning Katherine faces an uphill struggle to earn her name in a male-dominated field. So-called friends steal her ideas, teachers side with male students, and even when she does get credit for her work, “Men described my own paper to me, calling the results ‘the hall results’ ”. In the worlds of maths, women are not allowed to be good, they need to be exceptional, and even then, surely they need some help.

The thriller aspect that develops later on in Bonn – involving a notebook of equations and some dodgy academics – doesn’t quite come together but it is a minor criticism in a book whose vast capacity for knowledge and wonder is skilfully transferred to the reader. The retrospective narrative works a treat in this instance, like listening to a wise old sage divulge not just the mysteries of mathematics but of life itself: “Be kind. Everyone you meet is fighting a great battle. Let everything happen to you, beauty and terror. Just keep going. No feeling is final.”