The Reimagining Ireland Reader review: challenging us with what we do not know 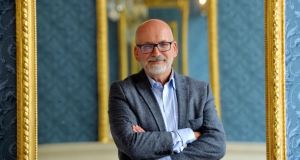 Book Title:
The Reimagining Ireland Reader: Examining Our Past, Shaping our Future

WB Yeats wrote: “The friends that have it I do wrong/ Whenever I remake a song,/ Should know what issue is at stake:/ It is myself that I remake.”  The great poet recognised identity is a work in progress, open to vision and revision. This is not simply the preserve of the individual person but pertains to community as well. Irish artists have always been aware of the power of their art to both reflect the complexities of the Irish scene and to continually intervene in the debates and discussions that define us as a people.

This collection of essays – covering topics as diverse as advertising, photography and literature from the 19th century to the present moment – is an important element in that ongoing discussion. Over the past 10 years Eamon Maher, as general editor, and the publishing house Peter Lang have produced more than 80 books in the Reimagining Ireland series. The present volume, The Reimagining Ireland Reader: Examining Our Past, Shaping Our Future, brings together a selection of essays from those collections.

One underlying narrative is Ireland’s relationship to modernity and to the cultural processes of modernisation. Starting with Luke Gibbons’s essay on the roots of an Irish engagement with modernity, it is clear that from the 19th century onward, Ireland has been remarkably central to wider international debates around modernity in the spheres of history, literature and economics, influencing the very contours of modernity as we know it. Jean-Michel Rabaté quotes Friedrich Engels, who claimed that the Irish “are most internationalistic when they are genuinely nationalistic”. Thus, the desire to critique their Irish worlds necessarily means artists critique modernity itself. In John McGahern’s phrase, “the universal is the local.”

Certainly, Irish writers and artists, even at the instinctual level, have been aware of this actuality, of the gains and losses in the move between the local and the global; the potential betrayals in struggling to be true the modern primacy of the self and the continuing demands of community and family. Sylvie Mikowski reads the work of James Joyce and Colum McCann as a response to this vexed conundrum.

Another fascinating unifying narrative is the ongoing dialogue between past and present. It is recognised how our engagement with the past moves between discerning marked differences and disconnections, and discovering and illuminating deep links and continuities between the past and the present. Each generation views its own moment as unique and exceptional, but as George Eliot playfully acknowledged, “even Milton, looking for his portrait in a spoon, must submit to have the facial angle of a bumpkin.”

To privilege the here and now and its opportunities over the nightmarish past is itself a product of modernisation. The 1950s is such a time in the Irish mindset, but Gerald Dawe’s essay shows how a writer such as Brendan Behan transcends the local scene to emerge into the global literary marketplace at a huge cost to himself.

Nodes of resistance from the past are the focus of Tina O’Toole’s examination of the ways in which Elizabeth Bowen and George Egerton challenge a narrow masculinity. In her reading of Northern Ireland’s recent gay fiction, Caroline Magennis also suggests how a space beyond sectarian masculinities can become a possible means of reimagining that conflict. Lucy Collins’s reading of contemporary Irish women’s poetry shows how that critique of the gendered national space is necessarily an ongoing one.

Essays by Catherine Maignat, Jennifer Way and Neil O’Boyle focus on visual culture, illuminating how images of Ireland become sites of contention, as well as reservoirs of potential meaning at home and abroad. Both Victor Merriman and Eugene O’Brien trace the development of Catholicism through the 20th century, demonstrating how no ideology is ever fixed or ultimately defined in Irish culture.

Ireland’s multiculturalism is the focus of a number of essays: Jason King looks at the work of Roddy Doyle and how he uses popular culture, through music and film, the means of making links between people. As with everything in Irish culture, there is a counter-truth to this, and Carmen Zamorano Llena in her reading of Doyle considers the darker underbelly of such multicultural interactions.

The subtitle to this volume, Examining Our Past, Shaping Our Future, is both a description of what the volume contains and a declaration of intent. Michael Cronin’s essay suggests that we – as citizens and as critics – need to confront the nature of being turned inside out by the “changing relationships of time and space” that the present moment has thrown up. As he says, “crises are famously moments of opportunity”. The Reimagining Ireland Reader tells a story of change and transformation, possessing both the comfort of things we know being reimagined, but also challenging us with what we do not know.