The Preacher and the Prelate review: an absorbing story about a sordid episode 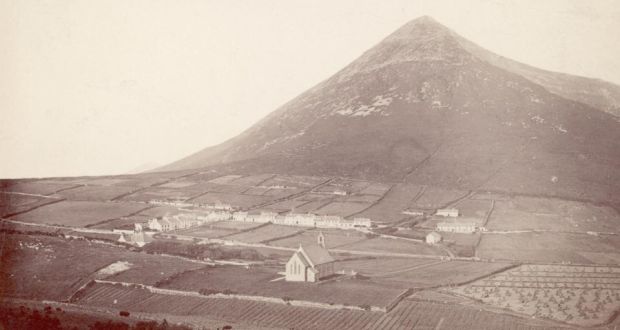 Achill: the Colony in the 1880s. Photograph: William Lawrence/Hulton/Getty

Book Title:
The Preacher and the Prelate: The Achill Mission Colony and the Battle for Souls in Famine Ireland

If “soupers” are popularly associated with the Famine, the term itself predates it. Indeed, historian David W Miller traced it to efforts around Dingle, Co Kerry, in the 1830s and 1840s, to convert Catholics to Protestantism. For sure, there was souperism before the word and there were other terms of abuse for converts from Catholicism. “Jumper” was one and “turncoat” was another, but perhaps the most common term, in the two decades before the Famine, was cat breac.

Its origins too are known. A 24-page primer, published in 1823, entitled An Irish and English Spelling Book; Being a Few Easy Steps to a Right Understanding of the English Language, through the Medium of Irish, includes the phrase “cat breac, a speckled cat”. Compiled by Thady Connellan of Skreen, Co Sligo, this well-designed book was intended for use in schools, funded by evangelical societies, where Catholic children, eager to learn English and the 3 Rs, received dollops of scripture. Such proselytizing schools had proliferated in the 1810s. In 1811, Ireland had some 200,000 students in 4,600 schools, of which only 80 (less than 2 per cent) received money from a society; by 1824, when there were almost 600,000 students, 17 per cent of schools were connected to societies. Connellan’s book would go through 23 editions by 1852, with children across Ireland chanting “cat breac, a speckled cat” as they learned English.

From the early 1810s through to the 1860s, the Protestant mission was conducted with fervour. Still, Ireland hit peak proselytism in the 1830s. State-funded national schools, established under legislation enacted in 1831, put the “cats” on the backfoot before hunger and disease gave them a brief, if embarrassing, bounce. And paradoxically, the Famine helped to finish them off, for it decimated the poorer classes supposedly most vulnerable to proselytizers’ blandishments, that is, those who kept holy the saint’s well but not the Sabbath day, danced at Lúnasa, and, in John McGahern’s phrase, “went about their sensible pagan lives” as they had done since the time of the Druids. Catholic priests had their own “mission” and now, managing national schools, they enjoyed dramatic success in the wake of the Famine.

The “Protestant crusade” is the subject of substantial body of scholarship; the most comprehensive study is Irene Whelan’s The Bible War in Ireland (2005). In The Preacher and the Prelate, Patricia Byrne revisits one notorious episode – the Achill Mission Colony of Rev Edward Nangle. The son of a Catholic father and Protestant mother, this manic island preacher (Byrne sees signs of bipolar disorder) commenced his mission in 1834. His modus operandi can be glimpsed in his distribution of an image, from an article entitled “Transubstantiation Disproved by a Mouse” in the papist-baiting Protestant Penny Magazine (he was editor for a period), that depicted priests chasing a mouse with a communion wafer. At its peak, in the Famine, the Colony’s schools boasted some 2,000 “scholars”; the Protestant archbishop of Tuam confirmed 400 Achill children in 1848 alone, and money rolled in from Britain.

In 1852, Nangle was transferred to Skreen, Co Sligo. There, in 1854, he buried Thady Connellan, compiler of the Spelling Book. In Nangle’s account, the funeral was a drunken affair, with Connellan’s Catholic relatives assaulting him and mocking the Protestant service. Nangle himself continued to fervently predict the second coming but found it increasingly difficult to gather funds to get ready for it. By his death, in 1883, the Church had been disestablished, landlords’ power was being curtailed, and Home Rule was on the agenda: the end seemed nigh.

Byrne tells an absorbing story that will satisfy many readers curious about this sordid episode. Others will want to know more of the “souls” in her subtitle, for the people of Achill remain opaque. The sources, including lists of recantations and oral histories (surprisingly likened here to “a children’s cartoon . . . without much subtle detail”), may yet allow a deeper analysis of who converted, when and why. But one doubts any such analysis will significantly alter the impression in Byrne’s account that Nangle’s mission involved little “conversion” as understood in the wider evangelical world – a conviction of sinfulness followed by a joyful sense of being saved.