The Parisian review: Hefty debut of a literary force to be reckoned with 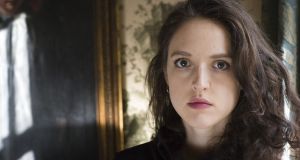 There is a charming scene of tender transgression in The Parisian, where Midhat Kamal, a young Palestinian, is encouraged by his grandmother to preview the unveiled features of a prospective spouse through a keyhole. Shadowing the protagonist’s perspective, the omniscient narrator likens this act of low-key voyeurism to “peering down a microscope at the secret structure of a cell”. Try as he may, Midhat cannot but perceive the ancestral customs of his homeland through the prism of the “rational mind” he acquired in France. This collision between western modernity and oriental traditionalism – literary realism and age-old storytelling – lies at the heart of Isabella Hammad’s often breathtaking debut.

Running to more than 550 pages, its sheer heft seems endowed with a performative quality, as though enacting the totalising worldview of religion and its surrogate secular version, the all-encompassing 19th-century novel. Recurring anxieties over the atomisation of knowledge – mirroring the dislocation of the Ottoman empire – indicate that the book’s epic sweep may be, in part, a compensatory mechanism.

The novel opens, symbolically, with Midhat aboard a ship, en route from Alexandria to Marseille. His ultimate destination is Montpellier, where his family are sending him to study medicine. Frédéric Molineu, his genial host, is an anthropologist, whose wife – living up to her aptronym, Ariane Passan – committed suicide. Midhat and Jeannette, Frédéric’s daughter, fall in love, delighting “in the agony of resisted desire, which being resisted was sustained, and in this mutual abnegation they colluded like thieves”.

Their chaste idyll is cut short when Midhat discovers that Frédéric has been secretly using him as the subject of a Pygmalion-style experiment. The academic was seeking to determine whether the Arabs’ (alleged) deviation from the “line of progress” might be corrected. As a result, the humiliated lovesick hero repairs to Paris, where he studies history and women. After a brief, debauched stopover in Cairo, his sentimental education is rudely interrupted, back in Nablus, when his father enjoins him to choose a career and wife on threat of disinheritance. Midhat complies, entering the family textile business and marrying Fatima, the young woman glimpsed at through a keyhole.

At this juncture The Parisian ceases to be a Bildungsroman, as though the lone individual – whom Walter Benjamin identified as the birthplace of the novel – were being subsumed back into a collective world of tradition, superstition and patriarchal authority. After a five-year absence, Midhat is struck by how difficult it is to reinvent oneself in such a close-knit community. People are “pinned down” by childhood traits that soon ossify into stock characters flat enough to “be picked out from a rooftop and fitted into stories”. Stories akin to the traditional tales – “saturated with time and retelling” – that bind the community together, but cannot be rewritten, as a rawi, playing fast and loose with chronology, discovers to his cost.

Midhat’s switch from medicine – the career path of choice in many 19th-century novels – to history signals a gradual foregrounding of geopolitics. If the first part of the book unfolds against the distant backdrop of the first World War, the second and third focus on the coming of age of Arab nationalism in the wake of the Balfour Declaration. Yet, even here, the two main plot devices – the unexpected contents of a will and discovery of an old, unread letter – come straight out of Victorian fiction. The “line of progress” becomes increasingly blurred, like the overlapping of Arab and Frankish time in the twilight years of the Ottoman empire or Midhat’s various versions of himself, which are compared to “conflicting maps of the same place”. A telling parallel is drawn between religious fanatics and western scholars, obsessing over a “speck of dust” in the vague hope that their single-minded pursuit might eventually “contribute to some entirety”.

Still in her 20s, London-born Isabella Hammad establishes herself here as a literary force to be reckoned with. The Parisian is, in many ways, an extraordinary achievement, but is it really “realism in the tradition of Flaubert”, as Zadie Smith claims in her blurb, or rather a beautifully executed pastiche? (Has Smith forgotten her own Two Paths for the Novel?) At times Hammad gestures towards realism’s imperialist ambitions – its colonisation of as-yet-unnamed realms of experience – but her own work retains little, if anything, of that spirit of experimentation. For all its brilliance, The Parisian belongs to a genre that was already outdated when the events it describes were set.