Book review: Sanne Blauw uses a playful approach in her mission to demystify the world of numbers 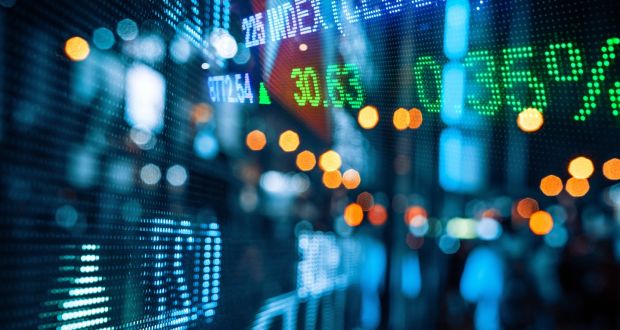 The most widely spoken language in the world is not Chinese, Spanish or English but the language of numbers

Book Title:
The Number Bias: How Numbers Lead and Mislead Us

We’re all so wary of fake news now that we treat any words we read with practised scepticism. Words can soften a message or reverse an intention. What, we might ask, do the numbers say? But numbers can be a source of misleading propaganda too, and I don’t just mean in the title of Delia Smith’s book of recipes for solo cooking, One Is Fun!

As the journalist Sanne Blauw – “numeracy correspondent” for a Dutch newspaper – puts it, “we have been hypnotised en masse by numbers”.

The most widely spoken language in the world is not Chinese, Spanish or English, but the language of numbers. We give numbers free rein largely due to our ambivalent relationship with them: we use them every day, but few of us claim expertise. People happily claim to be “no good at maths” in a way they would never say about reading.

It’s necessary work, delivered with a light touch: The Number Bias is very much at the popular end of popular science, short and sharp and smoothed with anecdotes. Chapters begin with sentences like “Meet sixty-five-year-old Jenipher” or “She entered the dusty office through the sliding door and shook my hand. ‘Juanita’.”

But there’s no contradiction in a book about hard numbers being framed around personal stories as long as it’s driven by an engine of rigorous analysis. That’s why we have a cultural trust in numbers in the first place, as Blauw explains, citing Florence Nightingale’s pioneering use of graphs to illustrate causes of death in the Crimean war and improve what would now be called “treatment outcomes”.

Blauw shows how randomised control trials established the gold standard for testing medical treatments through Scottish doctor Archie Cochrane’s use of blunt numbers to convince sceptical authorities in the 1960s that hospital coronary care units did more harm to patients than good.

But most of the book is a warning filled with examples of how numbers can mislead: or rather how people can mislead us with numbers. In keeping with her popular angle, Blauw chooses timely and eye-catching examples.

Take the contention that white people have higher IQs than black people, or rather the contention that this tells us anything useful about race and intelligence. Where Adam Rutherford in his recent book How to Argue with a Racist took issue with this claim on the basis that race cannot be genetically established, Blauw attacks it from another angle.

IQ measures a particular type of abstract analytical thinking closely correlated to education and income. When we see that the median income of white families in America in 2016 was 10 times that of black families – 10 times! – the difference becomes less surprising. In any event, the IQ gap between races is declining, just as IQs today are higher than they were 90 years ago, through improvements in education.

The IQ situation illustrates Blauw’s point that “we are in the grip of yardsticks of our own making”. Or, as the economist Charles Goodhart put it, “when a measure becomes a target it ceases to be a good measure”.

And in the spirit of people who head boring notices with “SEX!! Now that I’ve got your attention…”, another of Blauw’s examples of number abuse is US professor Alfred Kinsey’s famous 1950s report on human sexuality. Kinsey found surprisingly high numbers of men reporting homosexual experiences, to use one example. But it was not so surprising when you consider that he collected data from gay bars, prisons and universities, but not churches, factories or rural villages.

It illustrates Blauw’s point that a survey is useless as a microcosm of the wider population unless it is a representative sample, which is why Twitter polls are always self-selecting and therefore meaningless however much they ask people to “retweet for a wider sample”.

Although The Number Bias focuses on a few significant examples (another is how cigarette companies created a smokescreen around the risks of lung cancer), each chapter digresses into other nuggets of statistical goodness. For example, did you know that the concept of Gross Domestic Product, now a universally accepted measure of a country’s prosperity, was devised and tweaked in the 1930s to justify the US government’s spending on the second World War?

Blauw is impeccably clear, and only once had me scratching my head with her explanation of the “p-value”, the statistical measure of the importance of a correlation. (I had to look up other sources, and I’m still not sure I get it so maybe it wasn’t her fault.)

And don’t be put off by the rather flat title. The original Dutch edition was called The Biggest Bestseller Ever (With This Title), a joke that gives a better idea of what to expect from this playful, provocative book.