Book review: A punchy, provocative, but also deeply personal take on the crisis by a respected voice 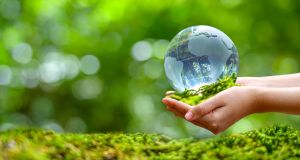 There are many standout moments in climatologist Michael Mann’s new book, but perhaps the most salient is a chart reproduced from a 1982 internal Exxon document. With uncanny accuracy, the oil company’s own scientists four decades ago were able to predict the likely levels of atmospheric carbon dioxide, a key greenhouse gas, by 2020, as well as its extremely dangerous impact on global temperatures.

What happened next is what the author describes, with some justification, as “the most immoral act in the history of human civilization”. Rather than raising the alarm, the fossil fuel industry sought instead to protect its profits by spreading disinformation, including funding vicious personalised attacks on individual scientists.

7 Before you buy an electric vehicle, ask: Will I drive it enough to make it eco-friendly?

22 Covid-19 Vaccine Tracker: What's available in the Republic of Ireland and what else is coming?

23 Irish Times view on the restless state of unionism

25 I, Tonya reveals a deeper truth than Harding’s level of guilt

29 Joey Carbery on the Munster bench again for Connacht clash

30 Long Covid in children: New data is cause for concern, scientists say