‘A Frenchman kills an Arab . . .’ This angry novel by an Algerian journalist is a bold riposte to Albert Camus’s existential classic 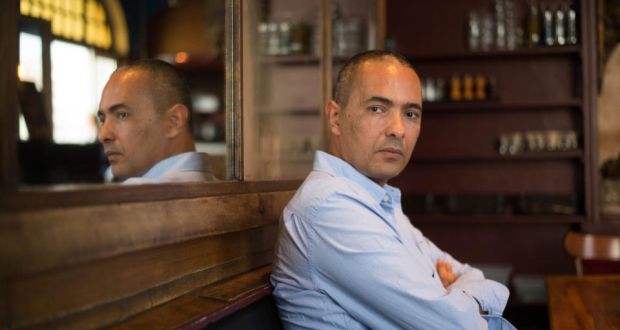 The title alone would seem to give the game away, the game being the author’s intention of challenging a classic novel. At best it could be a contrived exercise in literary deconstruction, at worst a disaster.

In fact it is neither. Despite being almost satirically stylised, The Meursault Investigation, which won the Prix Goncourt in May for best first novel, is an impressive, provocative undertaking that says as much about postcolonial Algeria as it does about another writer’s motivations.

For all the detachment, a festering anger slowly seeps out, as does a controlled grasp of the absurdity of it all. This is a narrative that might not prove easy to put down, should one be intrigued enough to take it up. It is worth the gamble, because the polemic is balanced by artistic ingenuity.

Kamel Daoud, a journalist, has taken on one of the major literary works of the 20th century, Albert Camus’s revered L’Étranger, from 1942, which appeared in English as The Outsider. Camus, the Algeria-born son of a Spanish mother and a French father who was killed in the first World War, was awarded the Nobel Prize in Literature in 1957. Less than three years later, at the age of 46, he and his publisher died in a car crash. Camus, glamorous and alluring, was quickly mythologised.

L’Étranger, which was his first novel, remains an enduring existentialist text, a laconic study in malaise. Its narrator, Patrice Meursault, exists in a state of apathy. When Meursault shoots an Arab on a beach, apparently in self-defence, “because of the sun”, he is condemned to death. It is less because of the crime than Meursault’s apparent indifference, heightened by a disturbing failure to display the slightest grief at his mother’s funeral.

At first glance Daoud’s riposte seems an ill-fated venture, daring to question such a defining story. Yet Daoud does, intent on castigating Camus for his failure to confront colonialism’s legacy in Algeria. Harun, Daoud’s cryptic, somewhat formal narrator, is the dead Arab’s younger brother, only seven at the time of the “gratuitous” shooting.

Harun’s brother, a father figure to him, died, and their widowed mother, deserted years before, lost everything. Her subsequent life became an endless lamentation, dragging the narrator into it. They have both lived as mere survivors, dealing with the family tragedy; in the wider world, Harun claims, “We were ghosts in this country when the settlers were exploiting it and bestowing on it their church bells and cypress trees and swans.”

The bitterness is effectively conveyed by John Cullen’s astute translation, which ensures that the direct tone is not lost. The language is plain, with few concessions to lyrical indulgence. Yet a poet’s soul lurks beneath Harun’s pain; he speaks of the beauty of Oran at night: “I think something immense, something infinite is required to balance out our human condition.”

There is also a plaintive element: Harun needs the listener. He has lived alone with his memories for too long. When he considers what he refers to as “Meursault’s strange book”, he says of it that “he tells a murder story with the genius of a mathematician examining a dead leaf”.

While Daoud meticulously unpicks one Camus novel, he adopts the methodology of another: La Chute (The Fall, 1956). That book’s anti-hero, Jean-Baptiste Clamance, caricatures the artist as God. He is a disgraced Parisian lawyer holding court in a bar on the Amsterdam waterfront. It is an extraordinary monologue, and one that Daoud’s narrator, ably, rather blatantly, copies here. Yet he is not a judge penitent.

“Let’s go back,” announces Harun, now a retired land-administration official in his 70s, to a willing listener who has come, a copy of L’Étranger in his briefcase, to investigate the past. The narrator assesses the material. “It’s always a good thing to go back and review the basics. A Frenchman kills an Arab who’s lying on a deserted beach. It’s two o’clock in the afternoon on a summer day in 1942. Five gunshots, followed by a trial. The killer’s condemned to death for having buried his mother badly and spoken of her with too much indifference.

“Technically, the killing itself is due either to the sun or to pure idleness. A pimp named Raymond is angry with a whore and asks your hero to write her a threatening letter, which he does. Things go downhill, and then the story seems to resolve itself in a murder. The Arab is killed because the murderer thinks he wants to avenge the prostitute, or maybe because he has the insolence to take a siesta.

“You find the summary of your book unsettling, eh? But it is the naked truth. All the rest is embellishments, the products of your writer’s genius. Afterward, nobody bothers about the Arab, his family, or his people.”

Harun resents many things, particularly that his brother was never given a name. He points out that in L’Étranger, which he believes was written by Meursault, the dead brother is referred to 25 times only as “the Arab”, never by his name: Musa.

Of the many ghosts in Daoud’s bold novel it is Musa who patrols the narrative. One could mention Hamlet’s father or Banquo in Macbeth, but it is Harun, not Musa, who is seeking revenge, or at least recognition of the injustice. “Have you noted it down?” Harun asks his listener. “My brother’s name was Musa. He had a name. But he’ll remain ‘the Arab’ forever. The last on the list, excluded from the inventory that Crusoe of yours made. Strange isn’t it? For centuries, the settler increases his fortune, giving names to whatever he appropriates and taking them away from whatever makes him feel uncomfortable. If he calls my brother ‘the Arab’ it’s so he can kill him the way one kills time, by strolling around aimlessly.”

Twenty years after Musa’s killing Harun avenges the family honour by murdering a French settler selected for the sacrifice by their grief-crazed mother. When he is arrested he is told that his offence is not the murder but his timing.

Harun is asked why he had not fought in the war for independence. The interrogating officer shouts: “Why didn’t you take up arms to liberate your country? Answer me! Why?” He then describes the officer’s “patriotic rant”, which culminates: “This Frenchman, you should have killed him with us, during the war, not last week!”

By the final page, a summing up of sorts, the horrific comedy of it has become clearer. Harun’s one stab at love failed. He sums up his life: “Mama and I constituted a couple that discouraged all forms of sociability, and people avoided me in particular.”

A relentlessly adroit blend of fire and clinical precision ensures that Kamel Daoud’s iconoclastic deliberation is about far more than a renowned novel by Albert Camus.