‘The Lost Letters of William Woolf’ by Helen Cullen: A romantic adventure 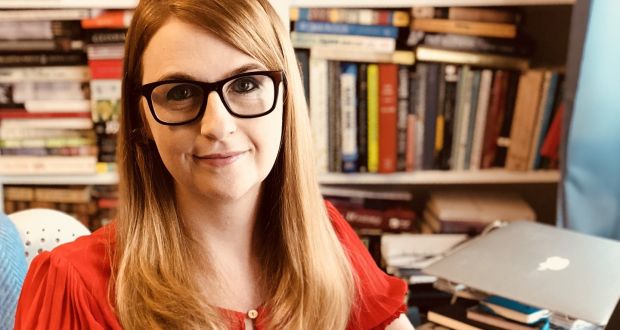 Helen Cullen, author of The Lost Letters of William Woolf

In the current age of political upsets, frequent acts of terrorism and mass tragedy, publishers have heralded a new trend in publishing: up-lit, novels that are optimistic in outlook, community minded and typically have a courageous protagonist at their centre. Recent successes include Gail Honeyman’s Eleanor Oliphant is Completely Fine (spoiler: she’s not but she will be by the end), Matt Haig’s How to Stop Time, and the charmingly anachronistic Dear Mrs Bird by first-time novelist AJ Pearce, which tells the tale of plucky Londoners living under nightly shell fire during the second World War.

Early chapters of Helen Cullen’s thoughtful debut, The Lost Letters of William Woolf, have all the hallmarks of this new genre. The author, from Portlaoise, worked in RTÉ before moving to London and writing her debut while completing the Guardian/UEA novel writing programme.

In his job as letter detective with the Dead Letters Depot in east London, her protagonist, William Woolf, spends his days sifting through lost post, trying to reunite the titular letters to their rightful owners. From illegible handwriting to wrong postcodes, the set-up allows for some lovely whimsical and, at times, deeply moving scenarios.

We meet people who write to movie stars, children who write to Santa (filed under the Supernatural Division), the bereaved writing to their dead. Cullen creates a world where long-forgotten memories are suddenly restored through twists of fate, and through the graft of the 30 letter detectives in the depot: “William had recently reunited a battered Milk Tray chocolate box brimful of wedding photos from 1944 with the bride, Delilah Broccoli.”

Mixed in with the quirky and the sentimental are letters that depict great tragedy in a few short strokes. A letter from a wartime volunteer, whose wife and son died in a fire when he was out rescuing others. A woman who was forced to give her up her child after a teenage pregnancy, writing into the ether decades later in the hope of some closure: “When my belly grew big and they sent me away to the convent in Wales, I thought it was so I could bring you up there without anyone knowing.” William and his vividly depicted coworkers do their best to try and resolve matters where possible.

But for William, helping strangers is far easier than sorting out his own life and failing marriage to college sweetheart Clare. In their mid-30s, their relationship has grown stale, full of the bitterness of unfulfilled dreams and promises: the great novel William has never written, the children they’ve never had, the bigger house that Clare’s salary could pay for if only William’s pride didn’t get in the way.

In alternating chapters, Cullen lets both sides have their say, with interior voices that sound authentic, if sometimes from an earlier era than the novel’s 1990s setting. The disintegration of the marriage becomes clear through Clare’s painfully self-aware reflections: “Any affectionate words stuck in her throat; she felt that any act of kindness would be taken as a reward for his disappointing behaviour … She wondered now if it wasn’t inspiration he lacked but courage. It was hard to respect that.”

After she spots Williams in the arms of a coworker at a party, reconciliation proves difficult: “Their words rushed at each other like foot soldiers, focused only on their own purpose: not to listen, just to be heard.”

In contrast to the troubled marriage, Cullen introduces the idea of idyllic love through letters that William comes across from the mysterious Winter, an Irish woman who writes to her “great love” in the hope of finding him. Although intriguing to begin with, with Winter vividly depicting her loneliness as an immigrant in London, her character literally falls flat on the page in later sections, only ever seen through the letters William receives.

The conceit wears thin by the end as he rather incredibly falls in love with Winter and uses clues from her writing to chase her around Dublin and London. With this subplot to tie up, the novel loses its emotional depth and veers more towards romantic happenstance. An abrupt ending adds to the overall impression that the central characters have finished their journeys and reached their various destinations without full disclosure.

This is not to take away from the enchanting world Cullen creates in her novel. The book concerns itself as much with lost love as it does with lost letters. As William tries to imagine a future for his marriage, he looks to the past for clues about when the relationship started to go south: “Was it a million little incremental changes over a long period of time? Or something obvious he had missed?” For all its whimsical romantic subplots, Lost Letters hinges on one central question: “If their essential selves were still the same, couldn’t they find each other again?”