The Life of Saul Bellow by Zachary Leader 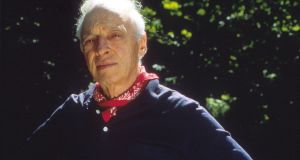 Less is more doesn’t resonate with Leader whose deluge of research, much of it already known, diligent righteousness, extraneous detail, digressions and petty score-settling waged against previous biographer Charles Atlas, amounts to an overblown raid. It brings Bellow only to the age of 49 and the publication in 1964 of his masterful Herzog. Leader tracks Bellow’s family from Europe to Montreal and on to Chicago. Atlas got there first in a much criticised hit-and-run study in 2000. Bellow hated the book, yet remained on speaking terms with Atlas, a Chicago Jew.

Leader, also American, has spent most of his life in Britain and doesn’t look to Bellow’s America or the bustle that so inspired him. Unlike Atlas, Leader has the entire life to examine, plus all the letters, access to his second wife Sasha’s unpublished memoir and eldest son Greg Bellow’s Saul Bellow’s Heart, a loving, bitter account of his self-absorbed father. Yet still Bellow eludes him.