The Leavers review: A riveting tale of immigrants in New York 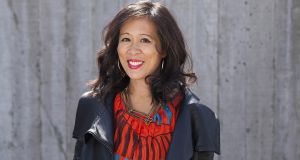 Lisa Ko: fearless in presenting protagonists who are far from sympathetic at times

“I want you to know that you were wanted. I decided: I wanted you.” At the heart of Lisa Ko’s stunning debut novel The Leavers is a mother-son relationship rent apart by the cruel conditions forced upon undocumented immigrants. Deming Guo is an 11-year-old Bronx native whose mother, Polly, disappears one day without a trace. For months he carries on living in a tiny apartment with his mother’s boyfriend, Leon, Leon’s sister Vivian and her son Michael. When Polly doesn’t return, Deming is put up for adoption and finds himself plucked from his life in the city to live in a small town in upstate New York with two American lecturers, Kay and Peter – his new Mom and Dad.

The Leavers unfolds through the eyes of Deming, now Daniel, as he drops out of college and returns to live in New York to ostensibly further his music dreams, but really to find out more about his mother and, in turn, himself. The human need to be wanted is at the centre of this beautifully written novel, whose clarity of expression and command of voice invoke the work of a more established author – the immigrant family experience in the writing of Julia Alvarez, and the brutal reality of relationships, particularly parental bonds, in Jonathan Franzen’s The Corrections.

Ko is similar to Franzen in her fearlessness of presenting protagonists who are far from sympathetic at times. Daniel’s past has resulted in an insecure, selfish young man who rejects his adoptive parents’ affections, consistently lies to those closest to him and steals money from a close friend to feed a gambling addiction. Polly, whose story comes to life in a moving first-person narrative, is an equally complex character. Escaping her village of Minjiang as a teenager for the bright lights and lowly working conditions of Funhou, she buys passage to America when she discovers she’s pregnant and is unimpressed when a doctor won’t carry out an abortion: “This clinic in New York with its stupid rules on twenty-four versus twenty-eight. Four measly weeks.”

Her subsequent determination to make a life for herself and her son is impressive. Polly looks after Deming while living in a cramped room with other undocumented immigrants and working nonstop to pay back the obscene $50,000 in passage fares that she borrowed from a moneylender. Loving and selfish, smart and stupid, brave and afraid, Polly – or Peilan as we later come to know her – is a vibrant character bent on survival. The mystery surrounding her disappearance is subtle and gripping. In present-day Funhou, she takes pills to help her sleep, works hard, keeps the past secret from her husband, Yong, and moves aimlessly around the city: “I walked to lose track of the life that had solidified around me when I hadn’t been paying attention.”

But it is her story as a pregnant young immigrant in New York that really elevates the novel. From the older immigrants who help her settle in the boarding house, to the string of awful jobs, to the pleasure of seeing Deming learn English, to families dependent on the whims of a cranky judge, a full picture of the lives of the undocumented emerges, with plenty of original insights. There’s “the New York audacity that a bagel could proclaim to be everything, even if it was only topped with sesame seeds and poppy seeds and salt”, or more poignantly, Polly’s realisation that “the ambiguity of our lives was terrifying and enthralling, when each new day was equal parts fear and opportunity”.

Ko was born in New York. Her fiction has appeared in Best American Short Stories 2016, Copper Nickel and the Asian Pacific American Journal. Published last year in the US, The Leavers won the 2016 Pen/Bellwether Prize for Fiction, awarded by Barbara Kingsolver for a novel that addresses issues of social justice. The plight of undocumented immigrants is brilliantly realised through Deming and his mother’s relationship, the loss of which leaves a young boy reeling. There are overtones of Donna Tartt’s The Goldfinch, which deals with similar terrain, though the lack of finality for Daniel over his mother’s disappearance proves more riveting.

He remembers her in glimpses: “Her voice was a trumpet, her words sharp triangles.” As he struggles to understand what happened, Daniel grows up, coming to the realisation that “you could try to do all the right things and still feel wrong inside”.

His journey to self-awareness and ultimately forgiveness makes for an engrossing read. No one is made a villain in the novel, not Polly and her desperate decisions, not Daniel’s adoptive parents and their overbearing ways, not even Daniel himself, a boy-man “unable to do anything but pursue this singular impulse toward ruin”. Ko makes sure the reader knows that the real villain is outside the realm of character – an unjust society that can rip apart the lives of its undocumented citizens.