The Last Days of Stalin review: Dictator at the end of the line

He beat the Whites and the Nazis. He liquidated his enemies and condemned millions to starvation. But the end came amazingly peacefully for Joseph Stalin 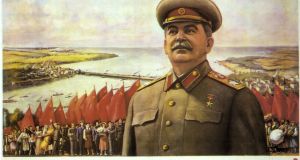 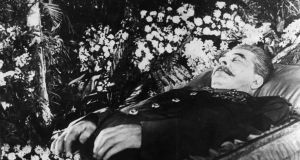 The title of this book echoes Hugh Trevor-Roper’s great classic of contemporaneous history, The Last Days of Hitler. Trevor-Roper created the narrative template for the familiar story of the Nazi dictator’s final days in his bunker as the Third Reich collapsed and the Red Army closed in.

When Trevor-Roper, a wartime British intelligence officer, arrived in Berlin in September 1945, rumours were rife that Hitler was still alive or had died bravely leading his troops in battle. But the author tracked down surviving witnesses and pieced together the story of Hitler’s suicide on April 30th.

No such dramas accompanied Joseph Stalin’s death. The Soviet dictator still retained his power and popularity as the leader of a nuclear superstate. The socialist society he was instrumental in creating had fought off the Nazi onslaught and was to persist for four more decades. Conspiracy theories about Stalin’s death are legion, but the simple truth is that he suffered a stroke on March 2nd, 1953, aged 73, and died three days later.

Stalin’s funeral was the biggest state occasion in the Soviet Union since Lenin’s death in 1924. Millions of people across the world joined in to mourn the passing of a dictator whose image as a wise and benevolent leader had reached its apogee during his 70th birthday celebrations in 1949. Even Stalin’s enemies could not help but admire him. As he was dying, Winston Churchill and Harry Truman – wartime comrades-in-arms – were quick to express their regrets.

Joshua Rubenstein’s account of Stalin’s death and the responses to it is very well done. There were no surviving witnesses to interview, so Rubenstein makes good use of memoirs and of documentation that has become available since the collapse of the USSR in 1991. But the most authentic memoir is the one written by Stalin’s estranged daughter Svetlana, after she emigrated to the United States in the 1960s.

The problem with the concept of The Last Days of Stalin is that, unlike Hitler’s demise, not a lot happened, and so Rubenstein’s attempt to give the story a unified dramatic arc are less than persuasive.

Like others before him, the author suggests that Stalin’s death prevented a renewal of the purges that tore through Soviet society in the 1930s, when millions of people were imprisoned and hundreds of thousands executed for alleged political crimes. But Rubenstein presents no compelling evidence of Stalin’s intention to rekindle such persecution.

The one episode that could be cited in support of that intention was the anti-Zionist campaign of the late 1940s and early 1950s. When Israel was established in 1948, the Soviet Union was one of its biggest supporters. Relations quickly soured when this led to an upsurge of support for Zionism among Soviet Jews. Stalin turned against the Jewish Anti-Fascist Committee that had been established during the war.

A key committee figure was theatre director Solomon Mikhoels, who was surreptitiously assassinated in 1948. This barbarous act may have been prompted by intelligence reports that Zionists were seeking to influence Stalin through Svetlana and her Jewish intellectual husband.

Rubenstein quotes Stalin as saying that “every Jew is a nationalist and an agent of American intelligence”. But an alternative translation is “every Jew-Nationalist is an agent of American intelligence”. He had his prejudices, but he was not generally anti-Semitic. Even at the height of the anti-Zionist campaign, he was surrounded by Jewish officials, or male officials married to Jews, and he continued to fete Jewish writers and artists such as Ilya Ehrenburg.

The anti-Zionist campaign took another menacing turn in 1952, when a number of prominent medics were arrested on charges of plotting to murder members of the Soviet leadership. Among the arrests were a core group of 17 Jewish doctors. According to a Pravda article, the draft of which Stalin hand-corrected, the doctors had been recruited by a Jewish bourgeois nationalist organisation led by Mikhoels.

The supposition is often made that the so-called “Doctors’ Plot” was a prelude to the planned mass deportation of Soviet Jews, triggering a renewal of a Great Terror in which Stalin would vanquish all his remaining enemies. Rubenstein, an expert on Stalin and the Jews, devotes an entire chapter to this topic.

He concludes that while there is no evidence of an incipient mass deportation, the anti-Semitic campaign was “gathering such momentum in the press and in the mood of the population that it could well have been intended to reach some kind of monstrous conclusion”. However, such speculation is contradicted by testimony that Stalin called off the campaign against the doctors shortly before he died.

The real dramatic denouement of Stalin’s death concerns what did not happen as a consequence of his sudden and unexpected demise. The USSR did not collapse, nor did it descend into crisis and chaos – despite the fact that the Soviet system was Stalin’s system and revolved around him and the cult of his personality.

There had been many predictions that following Stalin’s death the Soviet system would unravel. But in the event there was a remarkably smooth transition to a new collective leadership. Stalin’s successors moved rapidly to reinvigorate the Soviet system by making it less violent and austere and more responsive to the needs of its citizens. The gates of the Gulag were prised apart and then flung open. There was a cultural thaw and an end to the isolationism and siege mentality of the Stalin era.

Above all, there was “destalinisation”, a dismantling of the Stalin cult despite popular resistance to losing the avuncular sanctuary of “Uncle Joe”.

This transition was possible because after the war Stalin retreated not to his bunker but to his mansions on the Black Sea, and allowed his closest comrades to get on with the job of running the country. He would emerge only to take big decisions and remind everyone who was still boss. The post-Stalin Soviet leadership were all Stalin’s men – even Nikita Khrushchev, his successor as party leader, who denounced his patron from the pulpit of the 20th party congress in 1956.

Rubenstein devotes much of his book to developments post-Stalin, especially the pacific turn in Soviet foreign policy. At Stalin’s funeral, Soviet leaders launched a “peace offensive” that caused consternation among western cold warriors about the real possibility of ending the cold war.

Churchill responded positively to this chance for peace, but the more typical reaction was that of John Foster Dulles, the US secretary of state, who feared Soviet subversion of western security. As Dulles’ biographer, Townsend Hoopes, observed: “Stalin did Dulles a philosophical and practical disservice by dying, but Dulles retaliated by continuing to act as though the death had not occurred.”

Geoffrey Roberts is professor of history at University College Cork. His latest book is Stalin’s General: The Life of Georgy Zhukov