The Kingdom review: The gospel according to Emmanuel Carrère 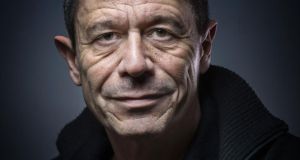 Taking on the story of Christianity is ambitious. It might be considered eccentric or even, to be blunt, a little crazy, akin to deliberately entering a minefield guaranteed to upset the devout. How to separate the myth from the historic fact, all the while knowing that the major obstacle has to be the notion of belief, that most dangerous of bottomless pits? But once the foolish brave person (or brave fool?) decides to venture forth, should that approach be respectful or provocative? Most of all, who is best equipped for the project, a believer or a sceptic?

All of these considerations are valid, yet they become curiously irrelevant should the intrepid investigator be Emmanuel Carrère, for whom no rules apply. Still, there is one factor that may not only justify the maverick Frenchman, an original whose wayward flair is brilliantly supported by his intellectual range and an ego of towering self-regard, but also ease readers through this extraordinary narrative: The Kingdom is a self-proclaimed post-Christian study.

Carrère himself could have hailed from a French novel or, better still, movie: cool, conceited, wilful, occupying the centre of the Parisian arts scene. He tells us he is handsome. (Make up your own mind.) He is irresistible to women, of course, his sex life is public, and he is a jury member at the Cannes film festival. He is a writer, a film-maker, a dreamer, an iconoclast, a biographer of the Blade Runner author, Philip K Dick, a serial romantic, a pain in the neck, and a petulant egoist.

As well, Carrère once spent three years as an obsessive Catholic, and this interlude leads us to this new novel. Obsession is one of his great strengths as a writer. Any interest he develops tends to consume him so completely that he is left with no choice but to exhaust it and then renounce it. This means his wayward, ramshackle and deliberate books are strangely complete.

The Kingdom is a marvel, remarkable not least in the way Carrère’s sly approach draws you into his vice-like grip and outrageousness. As in A Russian Novel, the author tends to approach things from his favourite starting point: himself.

But he is not another self-biographer in the Karl Ove Knausgaard mode. Knausgaard’s big subject is his life; with Carrère it is more a case of how themes or situations of interest to him superimpose themselves on his daily existence – usually his complex sexual relationships.

The Kingdom asserts its own mad magic, even on readers not particularly drawn to the idea of an epic and highly speculative investigation of the New Testament, or what kind of men Paul and Luke were. It will also encourage readers to revisit the Bible, which is, after all, literature’s most influential source. Carrère not only questions the content of the Acts of the Apostles but also conducts an elaborate, bewildering and characteristically provocative cross-examination of the individual authorship, as well as presenting us with the geography of the Roman world.

In the prologue Carrère sets the scene – and, as usual, he is centre stage. Having been at work on a script for a TV series, he falls out with the backers, resenting having to jump through hoops for twerps “with three-day beards who could have been my sons, and who pulled blasé faces at everything we wrote”. He decides to sulk, at which he is very good, and which usually signals a new book.

On cue he recalls the notebooks he kept during his three years as a Catholic. In the background of a Carrère novel are his family and friends, tense-faced people (philosophical in the case of his distinguished mother) accustomed to his tantrums. It is very funny and clever. There is no doubting his ability to assimilate information, as he informs us, with blunt candour, that he is, after all, “horribly intelligent”.

Carrère is both show-off and showman. The “A Crisis” sequence is a very funny short story in itself featuring an aged hippy childminder. His ability to juggle narrative strands and historical speculation is impressive, as is his reading of the New Testament. Yet if there is one quality that makes his work intoxicating it the readability of his witty, conversational stream-of-consciousness prose, which moves effortlessly between mild and extreme exasperation, Carrère’s natural states of mind.

Also impressive is the fact that the Canadian John Lambert has brilliantly translated The Kingdom by negotiating the roller-coaster narrative. He arrives at the same wry, knowing voice as did the US translator Linda Coverdale in her English-language version of A Russian Novel.

Carrère has a lively mind; his material is interesting, but it is his cavalier style that most captivates. Theologians will shriek at some of his conclusions, which view the New Testament as a counterpoint to his own existence.

Another aspect certain to annoy is the suggestion that the only religion worth contemplating is Christianity, specifically its spin-off branch Catholicism. Other ancient religions and pagan rituals are rendered irrelevant. The image of Carrère racing off to early-morning Mass with ancient nuns who are merely counting the minutes until death is hilarious. St Paul emerges as a grumpy old guy; Luke is the well-intentioned hack.

Suspend every thought you may or may not have had about the New Testament. Carrère’s latest investigative extravaganza is a lively, cunning, self-regarding frolic executed with subversive panache. It may well exasperate and possibly offend – odds on the author will be most disappointed if it doesn’t. Equally certainly, however, The Kingdom will direct readers back to the New Testament far faster than the most earnest theologian could imagine.