Far from being parochial and defensive, it was dynamic, flexible and more open than the US church it influenced 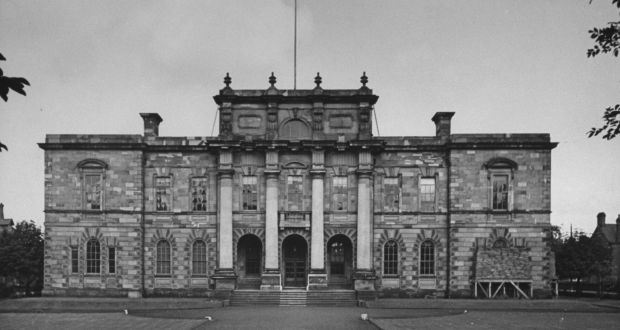 “The Irish mind does not reveal itself as a single, fixed, homogeneous identity,” Richard Kearney noted in 1987, in his introduction to an anthology on the subject. This is most certainly true not only in general, but also for specific and apparently homogeneous groups, such as the Irish Presbyterians. In this painstakingly researched monograph, Andrew Holmes examines a century of theological and philosophical debates within the second-largest Protestant denomination in Ireland.

Despite the title, Holmes’ analysis is largely about developments in Ulster, as the denomination was (and continues to be) strongest in the northern province. This book is in some ways the continuation of his masterly Shaping of Ulster Presbyterian Belief, 1770-1840 (2006), but in his new book the author is less interested in the social history of the denomination and more consistently devoted to its intellectual history. The “mind” which is here analysed is the worldview of theology professors, ministers and elders, with faint echoes from the pew whenever a major controversy prompted ordinary men, and a surprising number of women too, to express their opinions in journals such as the Witness or the Belfast Telegraph.

Adopting an approach which is both chronological and thematic, Holmes devotes the book’s five chapters to questions such as revival, self-representation (that is, how Presbyterians saw their history), natural science, the debate on hermeneutics and the shift to a less “confessional”, more “experience”-oriented evangelical theology in the 20th century. From the rich canopy of characters, issues and controversies, three features stand out. The first is the transnational, almost cosmopolitan nature of the Irish Presbyterian mind. In the 19th century the denomination was largely associated with Scotland, where most of its ministers were trained, but it soon developed a transatlantic vocation, in the process deeply influencing the shaping of American Presbyterianism. Princeton (the College of New Jersey, predecessor of both the present-day University and the Seminary) was largely an Irish settlement. In turn, “Princeton Theology” influenced religious attitudes back home. Soon, mission work in Africa and Asia deeply affected attitudes to the Bible and its interpretation. Then the “Presbyterian mind” shifted its attention to the European Continent – with Heidelberg, Tübingen and other German universities becoming major poles of attraction (interestingly, however, neither the Dutch, nor the French theological faculties, which taught a more orthodox form of Calvinism, seemed to attract Irish students).

The second feature which emerges is that the Irish Presbyterian mind, far from being parochial and defensive, was dynamic, flexible and much readier to adopt new ideas than its colonial counterpart in the US. In the 19th century, Irish Presbyterian divines consistently sought to reconcile revelation with new scientific developments, including evolution. Unfazed by Charles Darwin’s discoveries, they rejected the materialist philosophy which seemed to underpin his theories, but were quite happy to accept that God created the world over a much longer time span than the one described in chapters 1 and 2 of the book of Genesis.

In the 1920s, while the American church split over the fundamentalist controversy, the few “heresy” cases brought to the Church courts by outraged fundamentalists resulted in the acquittal of the allegedly unorthodox ministers. In the 1920s the witch-hunt against Modernists remained a populist development, deplored by the power-that-be who regarded it as inspired by a “persecuting spirit”, worthy of “the courts of Russia”, nothing less than a “religious Soviet”. Thus, in 1926, in the most famous case, charges against a professor of the Theological College, JE Davey, were brought by 42 individuals – including six women, but only four ministers. Davey was able to present his views as largely consistent with the Reformed tradition and the charges were dismissed by an overwhelming majority of both the Theological College Committee and the General Assembly (in 1927).

After that, Irish Presbyterian conservatives were worried about how to retain “an unaltered form of subscription” to the 1646 Westminster Confession of faith, rather than about fundamentalism, which, instead, influenced independent evangelicals and dispensationalists. In fact, the most widely known “Presbyterian” to canvass fundamentalist ideas – Ian Paisley – was no Presbyterian at all: he emerged from the Baptist tradition, and his Free Presbyterian Church (established in 1951) was completely separate from the Presbyterian Church in Ireland and remained a small minority phenomenon.

The third feature in Holmes’ analysis is the role of education in moderating change. Irish Presbyterianism, being a Dissenting denomination, had neither the political clout nor the funding to establish its own universities. The Belfast Academical Institute (also known as the Inst.), which provided theological and liberal-arts training for some ministerial candidates before 1845, was regarded with suspicion by the General Assembly. Scotland continued to train most ministers until the late 1840s, when the Queen’s College of Belfast offered an “approved” environment for ministers to pursue their prescribed combination of theological and secular (often scientific) university courses. This was comparatively late by both Scottish and American standards (Princeton was founded in 1746).

Without a long-established Irish Presbyterian tradition of university education, radical theological innovation was more easily contained, and so was also theological reaction. Moreover, contrary to stereotypes, Presbyterianism retained a degree of moderation and tolerance for diversity within the church and ecumenism towards other Protestant groups – though this was partly a reflection of the awareness of the Catholic threat.

As already noted, the book is dominated by Holmes’ interest in academic intellectual debates. This is a little surprising, because, in his previous monograph, Holmes has established about the extent to which pre-1840 Presbyterian theology in Ireland was enriched by the interactive relationship between ministers and congregants, without a clear distinction between high and popular culture. It is a pity that in this book he did not explore further this dimension, which must have played an important role, especially in the socio-economic implications of religious belief (for example in stimulating engagement in the world of business or freemasonry) and its political applications (for example during the Home Rule crises, between 1886 and 1914, but also in early feminism, within which the Presbyterian Isabella Tod was a towering figure).

Obviously a more inclusive definition of the Presbyterian mind would have required a much longer and more complex study. But then it would have been a book addressing a broader range of important questions about the relationship between religion and society.

The Irish Presbyterian Mind is nevertheless a significant contribution to our understanding of the making of modern Ireland, and especially of Ulster. It is a major achievement, that Holmes has completed despite the (surprising) paucity of manuscript sources and the inaccessibility of the some of the records (including much of the Davey Collection, which is important for 20th-century developments and post-Partition attitudes to social and economic – as well as theological – issues). This book ought to encourage the church authorities to take decisive steps towards the reorganisation of their archives and the cataloguing and proper conservation of all the existing manuscripts – many of which still in the Union Theological Seminary – at the Presbyterian Historical Society. It is a matter of preserving an important aspect of Ireland’s history.

Eugenio F Biagini is professor of modern and contemporary history at Cambridge and a Fellow of Sidney Sussex College. His latest work is The Cambridge Social History of Ireland, published by Cambridge University Press in 2017