The Idiot review: Sharp, funny reflections on a not-quite-adult life 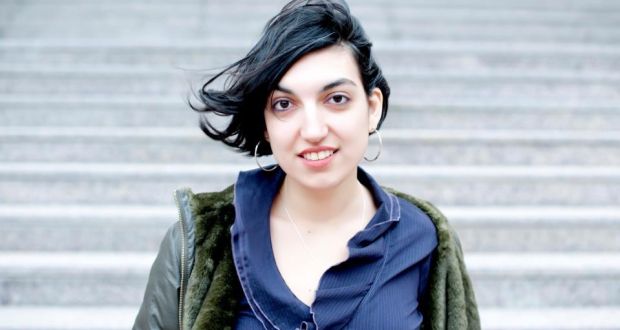 The first year of university is a time of intense and necessary education in many aspects of life. New students are stepping into their adult shoes, many for the first time. One has to figure out what it means to be wearing adult shoes – how do they fit? Where do they pinch? Where can you go in them? The feeling is thrilling and terrifying at the same time. It is often boring, too, with long stretches of time filled neither with the play of a child nor the work of a real adult. There’s a lot to think about, because almost everything is new and strange and undecided. One might keep strange hours.

Selin, the first-year Harvard student who narrates The Idiot, Elif Batuman’s first novel, lives much of her life in the “the weird leftover hours that nobody else wanted”. She sleeps little, reads a lot. She was born in New Jersey to Turkish parents. She enters university just as the internet is dawning: “I didn’t know what email was until I got to college,” she says. At Harvard she studies linguistics, takes Russian for beginners, and dabbles in conceptual art through a class called Constructed Worlds. Her best friends are Svetlana, an immensely wealthy girl from Yugoslavia, and Ralph, whom she first met on a “program for high school juniors where you spent five weeks in a house in New Jersey studying the interdisciplinary history of the Northern European Renaissance”. They are all young, intelligent, charming, inquisitive, discursive, rarely argumentative.

Selin is primarily a linguistics student, and she thinks regularly about the “Sapir-Whorf hypothesis, which said that the language you spoke affected how you processed reality”. The novel’s plot is basically a series of situations in which Selin has to learn to speak different languages and dialects in order to process different realities. Selin speaks one way with her Turkish mother, and another with her room-mates or her professors. There’s a seemingly unbridgeable gap between the way she writes late-night emails to Ivan, an older student who becomes something like a love interest, and the way she speaks to him in person. Selin’s linguistic innocence, or idiocy, is at the root of most of her frustrations, but also her moments of happiness. “Something basic about language had started to escape me,” she says halfway through the book. “I thought I could fix it by taking classes.” But you cannot learn everything in school.

Selin is self-aware enough to know that her naivety and openness to confusion is quite different from that displayed by the people to whom she teaches English as a second language. As a privileged Harvard student, even as a second-generation immigrant, she can afford to aestheticise her own narrative journey through this kind of linguistic fog. She has the time and space to play with it. For the Mexican labourers and Hungarian teenagers she tutors, there is something quite different, and altogether more practical, at stake in their struggle with a new language.

Batuman has an incredibly well-tuned sense of comedic phrasing. Even taken out of context, so many of her one-liners remain terrifically funny. “I had a slab of German chocolate cake the size of a child’s tombstone.” “Certainly there was no shortage of Ethans.” “Girl Scouts had gotten into the cafeteria. I hadn’t seen a child in months.” These lines are gnomic but sharp at the same time, absurd and yet completely accurate and factual. It’s a style of humour that Selin also recognises and, like any good student of literature and language, she is able to analyse and articulate it. “If you pointed out the abnormality – if you could just state it factually – people in the real world would recognize it and laugh,” she says.

This kind of meta-textual playfulness is not exactly rare in The Idiot, but its success does serve to highlight the impressive level of control Batuman has over her writing. The Idiot is funny and light, but also consistently perceptive, adventurous and intricate. Batuman retains her character’s enthusiasm for the ambiguous and startling power of language, and combines that enthusiasm with a patient and learned discipline. Her understanding – of words, of people – helps to frame complexity as richness in a way that is pleasingly approachable or, to borrow Selin’s word, generous. The Idiot is a book of ideas that sacrifices nothing of its charm for the sake of their presentation. This is not so much balance as grace.