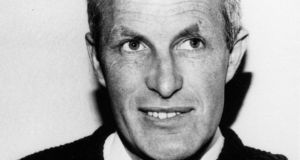 “Hungry grass” is part of Irish folk tradition relating to the Great Famine and an emotional and cultural hunger lies at the heart of this novel. The celibate Fr Tom Conroy, the protagonist, sometimes thinks of the emotional nourishment missing from his own life that married love might have supplied. He thinks too of the way he, as a parish priest, is expected to spiritually sustain his flock but there is no one to sustain him.

The setting is pre-Vatican II Catholic Ireland; Fr Conroy, who is 63, lives in a remote rural parish. He joined the priesthood when his older brother left the seminary – he is never sure in his own mind why he joined but he seems to have a strong inner spiritual sense which renders the many temporal demands of his role increasingly tiresome and wearing. He also seems to sense a growing secularisation all round him and therefore the increasing irrelevance of what he has dedicated his life to. As Declan Kiberd remarked, the novel “might be taken as an elegy for a doomed way of life and for a priesthood that did little or nothing to arrest its decline”.

But for me the main fascination is the character of the priest himself. He is one “around whom phrases gathered continually like gnats” – phrases such as “And salute no man by the way”; “And Lancelot at the ring rides well” and so on. He puzzles over them, pondering their origin and significance. His sardonic outlook and caustic tongue skewer some of the pretence and absurdity he sees around him. He has little time for the “trendy” young priests who are emerging, doubting their long-term commitment.

But he is ultimately a deeply lonely figure, largely alienated even from his own family. This is poignantly symbolised when neither his brother nor sister manages to attend his funeral.

Fr Conroy is one of the great creations of 20th-century Irish fiction. What a tragedy that his creator died suddenly at only 41, just a short time after his novel’s publication to international acclaim.