The History of Irish Book Publishing: Our book world just got bigger

Review: An enlightening and essential journey through 300 years of reading in Ireland 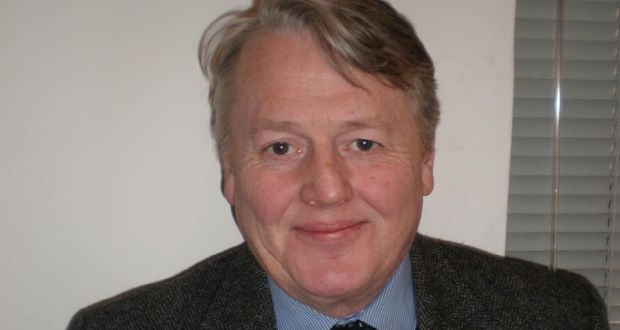 Tony Farmar, who sadly passed away before this book’s publication, has left a significant legacy

Despite general opinion, the Irish were not always great readers. This is one of the first myths debunked by The History of Irish Book Publishing. In fact, the reading Irish public is a modern phenomenon. Tony Farmar takes us through three centuries of Irish publishing, but it is only really in the last century and a half that Irish publishing as its own entity came into being.

Initially, books were supplied to Ireland by English booksellers who – mostly unsuccessfully – supplied lists to the Irish reading public. Bookshops in Ireland began to appear towards the mid-17th century, the majority of which were in Dublin. In smaller towns books tended to occupy only a few shelves: “. . . a good example of a merchant-cum-bookseller in the 1790s was George Hynes, who sold groceries, wines, hardware, flaxseed as well as ‘every article in the stationery bookselling way’ at his shop in High Street [Galway] . . .” Early intimations of another famous bookshop which was to open its doors on High St in the 1940s.

As the 19th century began, the bookselling activity of previous decades came to a halt. This was due to the extension of the British copyright act which meant Irish publishers could no longer produce reprints cheaply. However, as the century progressed, an indigenous culture of Irish publishers began to emerge. This developed during the 1840s with the foundation of the newspaper The Nation and the Young Ireland movement. Probably the most important such publisher was James Duffy. Earlier in the century Michael Henry Gill became the partner of the printer Ruth Graisberry and managed Trinity College business, publishing classics and textbooks. In 1842 Graisberry died and Gill was formally appointed printer to the university, thus beginning a very long association with bookselling which is still ongoing. Another main player to appear in the 1840s was the Hodges firm who became the official booksellers to Trinity College Dublin and the Queen’s colleges of Cork and Galway. Despite these successes over the century,“Irish book publishing continued in thrall to what was happening in Britain, which in practice meant what was happening in London.”

During the 1890s the Irish book world was to undergo a sea change. With the death of Parnell in 1891 the nationalist hope for Home Rule ended. The new National Library building was opened in 1890, in 1892 the National Literary Society was founded by WB Yeats, and in 1896 the first meeting of the Dublin Booksellers’ Association was held in Eason’s.

The excitement caused by these events is mirrored in the pace of the book. Farmar’s prose takes on a new energy, giving a feeling that we are now moving into the heart of the story. The next two chapters, “Publishing during the Literary Revival” and “Into the New State: From the Rising to the ’30s”, reinforce this charged atmosphere and brings us to a pinnacle with the chapter “The Censorship Years: 1929-1959”. Farmar echoes the fervour of the period: a whole new generation of writers and publishers who suddenly find themselves at odds with the powers that be, the church and the government, for whom this new phase presented mortal dangers to the State’s spiritual and religious wellbeing.

Kostick’s chapter seems a little out of place, like the beginning of a separate book

The censorship years were the catalyst that effectively gave rise to Irish publishing as it is now. Probably the most salient event in this process, which is quickly passed over in the text, was the publication of the first issue of the Bell magazine, edited by Seán O’Faoláin, in October 1940. The book’s penultimate chapter, “Overview of the Irish Book Market: 1995-2010”, is the last written by Farmar. The final chapter in Part 1, “Meeting the Challenges of the 21st Century” by Conor Kostick, is following this by a useful chronicle of Irish book publishing since 1890 and an appendix estimating the number of printed books published in Ireland since 1551.

The book is a major contribution to the history of publishing in Ireland. In writing it, Farmar, who sadly passed away before its publication, left a significant legacy. The book is only the beginning of the story, as there are obvious gaps; for example, there is no reference to the 1798 rebellion which gave rise to an underground press and the famous Battle of the Pamphlets which surrounded the Act of Union 1800. There are also several gaps in relation to 21st-century publishing. The book would probably have been better served if it had a cut-off point of the early 1990s, prior to the world wide web and all it entails.

Kostick’s chapter seems a little out of place, like the beginning of a separate book, as he opens up a whole new vista of the ebook phenomenon as well as self- publishing, which hopefully he will fully explore in further publications. The Chronicle of Irish Book Publishing, at the end of the book, is naturally selective and will be remembered more for what it omits than for what it includes. There is a sense that the book was rushed to publishing – layout was not fully thought through and the editing is somewhat lacklustre.

Despite this, The History of Irish Book Publishing is a great read and deserves a place on any bookshelf. It is a standalone book in that it makes a major contribution to our knowledge of the Irish book world. It deserves our respect.