The Hidden Spring: A quest to understand human consciousness

Mark Solms has written a probing, complex investigation into why we feel as we do 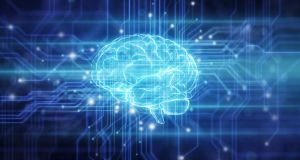 Researchers have found that even tiny lesions in the core of the brainstem obliterate consciousness, causing coma. Illustration: Getty

“The hard problem of consciousness is said to be the biggest unsolved puzzle of contemporary neuroscience,” writes Mark Solms in this probing, complex investigation into why we feel as we do.

Solms explains why science has long considered consciousness “the hard problem”. While cognitive scientists can tell us almost everything about how the brain functions, an empirical explanation of consciousness, or our experience of existence, is something they wrestle with. So much so that some have pretty much given up on it, with colleagues telling Solms in 2018 that consciousness is “a metaphysical problem … not open to being ‘solved’”.

Solms, himself a psychoanalyst and neuroscientist, begs to differ, and the book is an attempt to provide “a natural scientific response” to the hard problem, to crack the puzzle, or at least deliver it a serious dent.

To do this he takes his readers on a journey. The book starts with a childhood accident in his native South Africa: his six-year-old brother Lee falls off a roof, fractures his skull and, though he recovers, is never the same. “It felt as if Lee was simultaneously there and not there … I wondered where the earlier version of him had gone.”

The question, which stays with Solms throughout his life, prompts him to study neuroscience. “I needed to understand what, in biological terms, our existence as experiencing subjects amounted to. In short: to understand consciousness.”

For the lay reader, personal anecdotes such as these, along with the case studies Solms draws on, help ground our understanding of his thesis, which can be dense and presented in abstract, scientific language that is not always easy to process.

He turns to the case of Mr S, who awoke from a botched brain surgery into a dream-like state called confabulation, to parse Freud’s early neuroscientific interrogations into the mind-body relationship (before he abandoned these methods in favour of psychoanalysis). Freud once drew links between the feeling mind and the physical body; these are links Solms carries forward into his work with Mr S.

“I was interested in the subjective content of Mr S’s errors,” he writes. In other words, when Mr S frequently mistakes Solms for someone else he knows in a different context, or when he suggests that what has happened to his head was not surgery but merely concussion, Solms is interested in whether the personal significance of his patient’s assumptions has any bearing on the mechanics of confabulation.

His conclusion: just as Freud inferred in the case of dreams, confabulations are motivated. “The mental processes in confabulatory amnesia are wishful.”

Chapter after chapter, experiment after experiment, Solms argues his point: consciousness has a natural, even a functional, explanation, which can be traced back to the foundation of the brain. He counters conventional scientific approaches, which have posited the cerebral cortex, the seat of intelligence, also as the seat of consciousness.

Solms explains that hydranencephalic children, who are born without a cortex, appear to show consciousness (he reproduces photographs of a three-year-old girl without a cortex, who demonstrates an emotional response when her baby brother is placed on her lap), and that mammals who have had their cortex removed continue to behave in a manner that is consistent with feelings and consciousness.

Solms prefers us to think about the “mysterious role played by the brainstem”, a part of the brain humans share with fishes. Researchers have found that even tiny lesions in the core of this part of the brain obliterate consciousness, causing coma; Solms asserts that this is because the upper brainstem has “qualitative content of its own”, by which he means it generates affect, which is another way of saying it produces emotions.

Solms can demand a lot of his reader. Although he is able to write clearly and descriptively – he remembers watching “tiny shimmering fishes scatter” from his feet as his brother climbs on to the roof from which he will shortly tumble – those without a background in science will have to work hard to understand such phrases as “glutamate and aspartate are excitatory neurotransmitters and gamma-aminobutyric acid [GABA] is inhibitory.”

As best I could, I stuck with him, and learned something along the way, such as the fact that Solms believes it will soon be possible to make a conscious machine, and with this capacity will come all kinds of inevitable ethical and moral questions. But it is his final question, put to us as it is in the midst of a global pandemic and an overheating Earth, that is the most salient.

If consciousness is not synonymous with understanding – something that puts paid to any notions of human exceptionalism – and if all we are is our consciousness, then what else should we do but try to minimise suffering? Surely this gives us much to think about.