The Future of Capitalism, Facing the New Anxieties review 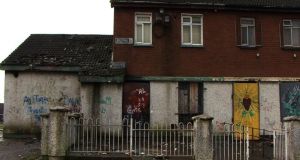 Paul Collier identifies the fissures that need binding. A geographic divide is recognised “between booming metropolis and broken provincial cities”.

Book Title:
The Future of Capitalism, Facing the New Anxieties

“We are living a tragedy,” is the arresting claim of the English economist Paul Collier in his latest book, The Future of Capitalism.

The author argues that his generation “experienced the triumphant achievements of capitalism harnessed to communitarian social democracy”. But these considerable benefits have been eroded, he contends, by economic growth that is too weighted to financial services and too unequal in the distribution of reward and material benefit.

The inspiration for this work is The Future of Socialism, written over 60 years ago, by Labour MP Anthony Crosland. The left should give up seeking to overthrow capitalism, and instead focus on managing it for better outcomes.

This work briskly identifies the fissures that need binding. A geographic divide is recognised “between booming metropolis and broken provincial cities”. This is compounded by the social gap of differing levels of educational achievement. These national outcomes are overlaid with the consequences of global trade and migration.

The challenge is clear: “we need to devise a workable strategy for rebuilding shared identity that is compatible with modernity”.

The policy response gets off to an uncertain start arguing that it is too difficult to build a sense of common endeavour in multicultural societies. Identity-based politics is too divisive, creating echo chambers not empathy.

The conclusion is curiously defeatist for a writer of evident breadth. Collier concludes that “If we require shared values, we end up with something powerfully exclusionary.”

The best option is to cultivate inclusion through “a sense of belonging to the same place”. This feels curiously incomplete given the recognition of multiple cultural identities jostling inside the modern state. How this variety of identity can unite around a sense of shared place is not made clear.

The author acknowledges this conundrum when he writes “space binds us through public policies, but it is no longer binding us socially”.

However a weak start is compensated by the development of the intriguing concept of “social maternalism”. This is a recipe for an active state, but not necessarily a big state.

Tax policy should be overtly redistributive, but not motivated by a distaste for wealth. Regulation is about providing remedies for the public costs of capitalism, not looking to suffocate the entrepreneurial impulses of the market economy.

If this tune sounds familiar, it is because it is. The claim that “the philosophical bedrock of this agenda is a rejection of ideology” is an eerie echo of political philosophies that have made a virtue of pragmatism.

Any reasonable action will be contemplated if justified by an improvement in the common good.

But this does not ring true. The mere acceptance of a mixed economy, the acknowledging of a particular balance between state and individual, is a statement of political belief.

Kevin Spacey, in that wonderful film scene in the Usual Suspects, warns “That the greatest trick the Devil ever pulled was convincing the world he didn’t exist.”

Political beliefs, even those that I share, cannot be allowed the same luxury. They are simply too powerful. To deny their existence is to suggest an immutability that can be subtly dangerous among the ebbs and flows of democratic discourse.

The power of these ideas is amply illustrated as Collier develops his concept of social maternalism. This has ethical and policy dimensions.

He argues that “shared identity becomes the foundation for far-sighted reciprocity”. This can be achieved by generating three narratives. These are: shared belonging to a group, creating reciprocal obligations inside the group and then relating individual actions to the collective wellbeing of the group.

This book steps up to this abstract challenge. Calling for the creation of an ethical state, it suggests policies at the level of government, firm, family and foreign policy.

Particular focus is placed on the geographical divide. The market may be able to maintain clusters of industry, but does not have the capacity to create them in areas of economic and social need.

Ireland is praised as a provider of a public sector solution to this problem of coordination. The work of the IDA and Enterprise Ireland is “amazingly successful”.

The combination of a philosophical framework and specific policy suggestions is rare. So, to describe this thinking as pragmatism or practical reasoning, is either too modest or slightly disingenuous.

Either way, it is a statement of belief, a model of political economy. There are other options, acknowledging the demise of Tina (there is no alternative) is essential for anchoring debate in the political arena.

This book, in addition to other works such as The Entrepreneurial State by Mariana Mazzucato or Start Again by Philip Collins, seeks to make the case for mixed economies more capable of responding to social fractures and economic divides.

This thinking is suffused with a yearning for a potentially elusive sense of place. That this may more be realisable in smaller countries such as Ireland may make this book even more rewarding for the Irish reader.

Paschal Donohoe is Minister for Finance, Public Expenditure and Reform