The Fire Starters review: A blazing tale in east Belfast 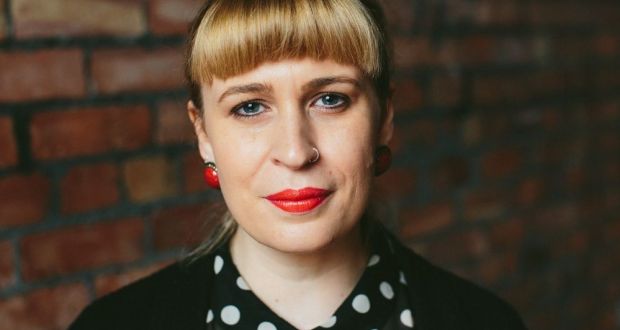 Jan Carson: a writer with a pleasingly distinctive style

In her fiction to date, the Belfast writer Jan Carson has always found inventive ways to treat her overarching themes of trauma and legacy. In her debut novel Malcolm Orange Disappears, her 11-year-old protagonist literally vanishes due to the stress of troubled family life. In her brilliantly quirky collection Children’s Children, the sins of the fathers (and mothers) fall heavily on the shoulders of their offspring. In both books Carson’s surrealist style worked well to tell grim tales of violence and loss. So it is again with her third book, a hugely engaging novel about the legacy of violence in Belfast.

Three intertwining narratives cohere easily, with the backdrop of a city in flames. The main story concerns the Tall Fires that rampage through the city, sparked by an elusive arsonist who spurs others to like-minded destruction. Carson sets her story in the summer, close to the bonfires and Orange marches of July 12th, and lets the ludicrousness of real life do the work for her: “In the morning all those bonfires breaching the thirty-foot rule will come down – the politicians call a press briefing on the steps of Stormont – the Tall Fires will not win.”

The senselessness of violence comes through in her characters. Sammy Agnew is a former loyalist paramilitary who suspects his son Mark of evil deeds: “He recognized the way his son’s eyes could turn. Like marbles or cold milk.” Told in a chilling third person, Sammy is a conflicted character, a man who revelled in violent attacks on Catholics and now feels the shame of passing his rage down to his son. A vicious man, with the logic of an abuser: “There is something in him that wants hitting.”

Carson somewhat redeems her character by making him brutally aware of his own culpability. In his attempts to stop both himself and his son from further violence, his humanity emerges. In the process, the destruction of the Agnew family is beautifully observed: “They let him go. He is still in the house but he is essentially gone. The weight of him bears slowly down on them. It is a kind of grief dripping from the attic, through the floorboards and ceiling, into their bedroom. It forces its way between them and they aren’t strong enough to resist.”

Carson, a writer and community arts facilitator based in Belfast, is pinpoint on her hometown, from the pallets the children collect in the run-up to the 12th, to the landscape of east Belfast, “where the rain washed the lightness out of everything it touched”, to the wider social climate. “The big BBC will only appear if there’s trouble.” In its sense of place and skilful excavation of ordinary lives, her writing recalls Wendy Erskine’s recent collection Sweet Home.

Carson’s work has appeared in numerous journals and on BBC Radio. In 2016 she won the Harper’s Bazaar short story competition and was shortlisted for the Seán Ó Faoláin Short Story Prize. The gritty real life-drama depicted in The Fire Starters is given further depth by her surrealism. In the book’s second narrative, a GP tells his extraordinary story about life with his infant daughter Sophie, half human, half siren child. Told in a deadpan first-person voice that has strains of Gail Honeyman’s Eleanor Oliphant, Jonathan is a humorously reluctant father: “Under different circumstances he might have loved her but he won’t allow himself to love her now … She’s not so dreadful when she’s sleeping but it’s hard to trust her.”

A third narrative sees the inclusion of short passages telling the stories of the Unfortunate Children of East Belfast. All of them have special powers – wings, the ability to become a boat, hands that turn everything to Christmas – that prove problematic for stressed-out parents, whose plights echo those of Jonathan and Sammy. If Children’s Children focused on the young trying to survive their parents, it is hard to say who is getting the worst deal in The Fire Starters.

Other passages on the political and social backdrop written in a third-person omniscient voice sometimes threaten to take us out of the story. A scene where Jonathan and Sammy meet switches between the perspectives of both characters, the third-person voice particularly jarring for Jonathan, who works better in first.

These minor issues aside, Carson has written a thoroughly captivating and well-paced novel that should hopefully earn her the international recognition she deserves. A writer with a pleasingly distinctive style, she is also an intelligent and courageous commentator: “The Troubles is too less a word for all of this. It is a word for minor inconveniences, such as overdrawn bank accounts, slow punctures, a woman’s time of the month. It is not a violent word. Surely we have earnt ourselves a violent word, something as blunt and brutal as ‘apartheid’.”