Digital publishers will have to understand every part of their platform if the latest possibilities – to amplify and expand, to uncover and redefine – are to be realised 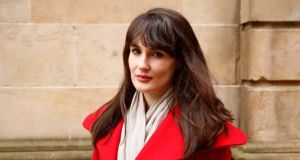 “Arguably the most salient property of the digital literary universe,” argues Michael Bhaskar in his contribution to The Digital Critic, “is not the changed behaviour of text but its overwhelming abundance.” With this surplus of text comes a surplus of criticism: opinion and analysis is the backbone of the literary internet; meaning and significance are constantly contested. The Digital Critic is a para-academic collection of essays about the effects of this superabundance on the conditions in which literary criticism takes place. It is concerned with issues of professionalism, access, distribution and remuneration on the internet. What is now demanded of critics and their platforms, and how do they respond?

Lauren Elkin is characteristically thorough and entertaining in her examination of literary-academic paywalls and their impact on both scholarship in general and the scholar in particular. Outlining a process whereby writing only available to specialist audiences becomes writing only understandable by specialist audiences, Elkin’s self-reflexive central question will resonate with anyone who spends time reading academic papers: “Open access is an important principle, worth fighting for, but what are we making available? The writing itself has to develop as well as the technology.”

Louis Bury enacts something like what Elkin is proposing, meticulously tracking the development of a critical consensus around a particular Kenneth Goldsmith performance; a hastily-assembled body of work, spread through social media, both iterative and amnesiac. This is academic research that manages to be accessible and comprehensive at once.

In a step away from the expressly academic towards something more ambiguous, Joanna Walsh’s essay examines how readers use the figure of the author – both in the text and outside of it – as a way of diffusing our anxiety about falling in love with people who don’t exist and finding meaning in stories that never happened. It’s a complex, densely-layered essay, but the writing is finely balanced between rigour and sensation; it is witty, playfully intellectual, borderline absurd: “The burden of fakeness shifts to the reader. Now it is as possible to fall in love with a croissant as a book. And I mean the word ‘croissant.’ (In the meantime, I would like to read a novel about a toaster.)”

Not all the writing here is of such high quality. Will Self’s contribution is vague at best, and there is more than a hint of cruel optimism, if not outright naivety, in Sara Veale’s assertion that despite the publishing and media industries becoming increasingly dominated by those with inherited means, young critics are “simply happy to have our writing published without pay because we understand that passions can’t always be monetised and that any chance to practise our craft is worth the effort”.

Veale is correct in listing the virtues of small-scale online publishers like 3AM, Review 31, and The Literateur (even if their editors are also, in two cases, the editors of this collection), because there is buckets of good writing on all those sites, and they expose underappreciated writers of many different eras and styles to small but dedicated audiences.

At the same time, there is a depressing resignation to the impossibility of ever finding a model for online publishing which does not rely on the free labour of writers with other jobs. There is no sense that these platforms – open-minded as they are with their content – are doing anything new as platforms; they exist adjacent to the existing press, not in opposition to it, providing for more niche interests. An inability to pay writers isn’t a terminal offence for such outlets, but if we all agree that this is vital work, then surely between us we might find some way to see people financially rewarded, even tokenistically, for doing it? An assumption that people will not pay anything to support the work becomes a self-fulfilling prophecy.

It falls to Laura Waddell to make an important point about the disconnect between the users of digital publishing platforms and the code underlying those platforms. The layers of abstraction between the user interface and the software underneath create what Waddell calls an “obliviousness” to the internal workings of the technologies we use everyday. The traditional publisher doesn’t necessarily need to know how the printing press works or how paper gets made, but each digital publisher (a title this collection makes indistinguishable from “digital critic”) has to build their own press anew. They will have to understand every part of their platform if the latest possibilities of web technologies – to amplify and expand, to uncover and redefine – are to be realised. For all its scrutiny of other areas, this is one foundational condition of “the digital literary universe” that The Digital Critic fails to adequately explore.